What’s strategic and what’s not for foreign investment?

With the ruling out of a Glencore bid for Rio Tinto by the Treasurer, we have a clearer idea of what's protected in Australia. But not clear enough, Glenn Dyer and Bernard Keane write. 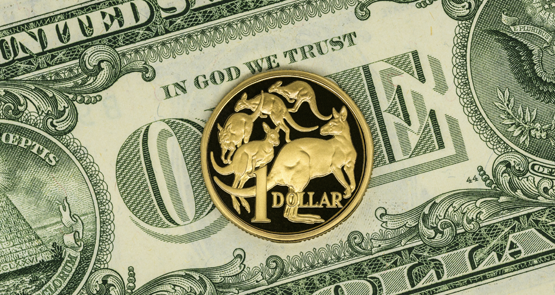 Remember how Australia was supposed to be “open for business” from September 2013?

Well, not so much — as a consequence of bipartisan policy. The Abbott government has emerged as just as activist in the area of corporate protection as previous governments.

The Australian Financial Review reported that Treasurer Joe Hockey told a mining industry group on March 30 that he would not allow Glencore to takeover Rio Tinto follows his late 2013 move to protect GrainCorp from being taken over by US agri giant, Archer Daniels Midland. Even though other bids have been allowed since then, the reported barring of Glencore is a significant extension of this quasi protectionist approach to foreign investment.

Hockey’s pre-emptive strike against Glencore is actually sensible. Glencore is, among other things, one of the planet’s biggest tax dodgers, and it’s only just — even if Hockey wasn’t referring to its record specifically — that it’s on the basis of protecting Australian tax revenue that Hockey wants to block the merger of Zug, Switzerland’s best-known tax avoider and Rio Tinto.

Go back 14 years and it was Peter Costello as Treasurer who blocked Shell from bidding for all of Woodside Petroleum, a move that followed on from the slowly emerging four-pillars policy, which effectively ruled out any foreign bid for the Big Four banks (the Commonwealth, Westpac, NAB and ANZ) and any move by any of the four banks to take over one of its bigger rivals. Takeovers of smaller rivals were cleared during the GFC, a decision that has allowed a significant concentration of risk in the big four and made them even more protected against takeover. Collectively they are the biggest taxpayers in the country — and unlike mining, IT or media companies, actually pay close to the statutory rate of tax.

Presumably, if someone were game to try and buy BHP Billiton, that would be ruled out as well, although BHP would be allowed to buy Rio Tinto, a bid attempted more than five years ago before being ruled out by the companies. But the result is we now have the core companies in the resources sector protected by government fiat, as well as the core companies in the finance sector. That leaves a group like the AMP, the biggest wealth manager, out on something of a limb, but given its size, you’d have to imagine that its board would want similar protection.

Other sectors, however, aren’t judged to merit such protection, although only a major acquisition would really flush out policymakers. Retail oil and gas assets have been traded between foreign groups (Shell selling its refinery, petrol stations and distribution assets to commodities giant Vitol). The US company Chevron reversed the process last month and sold its 50% in Caltex Australia to local investors (Caltex had taken over Ampol years ago). What about our two big retailers, Coles and Woolworths? Coles is owned by Wesfarmers and would prove a mouthful for anyone, and likewise Woolies. Private equity (in a group) could have a go, but the experience for the profit stripping antics of US investor, TPG in Myer a few years ago, would make the government and the ATO suspicious.

Qantas is effectively protected (or has been by successive governments). The Abbott government would be happy to relax foreign-ownership rules as they apply to the airline, but the Senate won’t allow it and Labor won’t provide the political comfort of bipartisanship for allowing an “icon” to fall into foreign hands.

No one worries about foreign ownership in the media, despite it being a “sensitive sector” under foreign ownership laws. Up to last month APN News and Media was controlled by an Irish company, News Corp is of course, US-controlled. Nine Entertainment was controlled for a while by two US buyout groups, who retain a combined stake of more than 33%. Seven Network was partially controlled for several years by US buyout group, KKR and of course there was a lengthy Canadian control (although not control for the purposes of media ownership laws) of the Ten Network by the Canwest company, which eventually went bust. In radio, DMG from the UK controlled a number of radio stations (now owned by Lachlan Murdoch) and global ad giants, such as WPP and Omnicon have controlled advertising and other marketing groups for years. And book publishing has been and is dominated by foreign groups such as Harper Collins (News Corp) and Penguin Random House (Pearson/Bertlesmann).

Some clarity around what sectors policymakers see as strategic enough to warrant protection would be useful for business. But when it comes to foreign investment, Australian politicians on both sides have always preferred to keep things as uncertain as possible.