The Coalition is being outflanked by Labor on multinational tax avoidance, and the political costs to the government could be high. 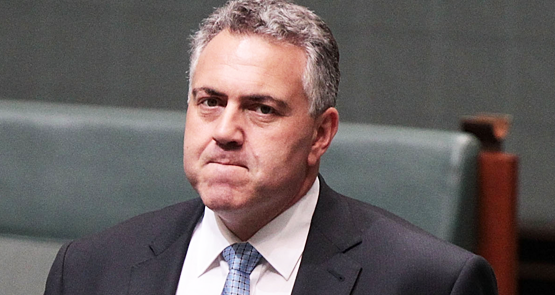 To the extent that it might not have been clear before, the mammoth size of Australia’s problem with multinational tax avoidance became painfully clear yesterday as both the Tax Office and a succession of executives from Australia’s biggest tax dodgers appeared before a Senate inquiry to explain themselves.

Or, rather, not explain themselves, in some cases, especially Tony King, head of Apple Australia, a company that normally prefers not to engage with anyone in Australia about how it gouges consumers and taxpayers, thanks very much.

News Corp chief Julian Clarke tried to claim News Corp wasn’t engaged in avoiding tax, but just had very complicated accounts that most people wouldn’t understand, and in time-honoured News Corp style, he attacked Fairfax journalists who had written about News Corp’s tax affairs. But other companies, to the extent they were willing to answer basic questions, preferred to to say that the way they moved revenue and costs around different jurisdictions was legal — which, by and large, it is, although the Tax Office might have a different view of what’s legal to the companies’ batteries of tax lawyers.

Making it less legal in an effective way is the challenge for policymakers, one Labor began while it was in office and one that Treasurer Joe Hockey insists he is continuing. The problem is, the most effective way of achieving that is via co-ordinated international action, and that sort of timeframe is one of decades, not quarters or years. Hockey has spoken a lot about the G20’s commitment to addressing “base erosion and profit shifting” (BEPS, an acronym you will need to remember on this issue), but even with goodwill (the non-tax kind), Australia would lose tens of billions in tax revenue waiting for effective international action from the OECD and the G20. And it’s not clear that the United States — home of many of the world’s biggest tax avoiders — has any goodwill on the subject, even though the US itself is losing considerable revenue as big companies like Apple and Google keep taxable profits out of the US.

Thus the strong temptation to engage in unilateral measures, like the “Google tax” — “Rupert tax”, anyone? — that Hockey has already flagged.

But Hockey is in an awful bind, and Labor is exploiting this issue, which has real potential to hurt the Coalition. Voters clearly want action on multinational tax avoidance, and they don’t care too much about the nuances. Voters also believe the Coalition is very close to the big end of town, making it harder for the government to achieve credibility on the issue. And far from supporting Treasury’s idea of cutting corporate tax, voters want big companies to pay more tax, or perhaps just a level closer to the statutory amount of 30%, given some industries like mining pay around 15%, and some big tech companies pay 1% or 2%. Labor has already announced a policy — one of its few so far — aimed mainly at the issue of thin capitalisation, whereby companies provide a much higher amount of capital to their Australian arms via debt, with interest costs that can be used to reduce tax, than equity.

That prompted Hockey, who must have known that talking constantly about how committed the G20 was to addressing the issue wasn’t going to cut it with voters, to venture into the field with a diverted profits tax, which targets profits declared offshore from local revenue. Whether Hockey actually goes ahead with the Rupert Tax remains to be seen. You can bet your bottom tax haven-protected dollar that if Wayne Swan had decided to push for such a tax while Labor was in office, the whining from the Coalition and its media cheerleaders — most especially those employed by the tax dodger News Corp — about “uncertainty”, “sovereign risk” and “international competitiveness” would have been deafening. In opposition, the Coalition opposed Labor’s efforts to reduce multinational tax minimisation at every step.

But Labor has opened another front now by using a Senate inquiry — in fact initiated by the Greens — to go after big tax dodgers. As chair, Sam Dastyari has in effect hijacked the Greens’ initiative and is using it to embarrass not merely big tax dodgers but, by implication, a government that appears to be doing nothing — a charge that’s easy to make when Hockey agrees to stop plans to expose high-income taxpayers to scrutiny. The inquiry has elevated the issue politically above where the hard work of journalists like Michael West and Neil Chenoweth had been able to lift it.

Hockey’s problem is that, while he knows the political threat in being seen to be doing nothing, he faces huge institutional resistance. His colleagues are naturally sympathetic to the interests of the big end of town. The tax dodgers he’s targeting include News Corp, the goodwill of which Tony Abbott and Hockey are deeply reliant on if they’re to hang on to their jobs. The government’s friends at the Business Council are in effect lobbyists for no change in tax, as they represent the countries biggest tax dodgers, such as Microsoft. Tax lawyers — who profit from legislative complexity rather than an effective tax system — oppose unilateral action and want Australians to let the rorting continue until the OECD gets its act together. The “solution” to the problem from Hockey’s own department is surrender — Treasury would prefer not to tax companies at all. And the ATO has lost several thousand jobs in recent years under cuts by both sides, undermining confidence that it has the resources to take on the big end of town with the same vigour it would go after you or me.

Doing something serious about multinational tax dodging is hard enough if you have real political will to do it. It’s not clear Hockey does, despite the political and fiscal benefits to him from it.

So it’s not just the Lord that moves in mysterious ways?
[And poor Joe Dodgy – who could have guessed his hands would be tied again? …. Or does he have a fetish?]

Has anyone calculated how much better off us yoked heavy-lifting plebs would be if these companies did pay that 30%?
[Josh “Captain Risky” Frydenberg – last night Lateline – with his reference to “agreements” (the “operational matters” reason they can’t tell us what they’re up too) – that wouldn’t be some sort of “TPP dependency” would it?]

Bernard, at least one subscriber has been urging Crikey for a very long time now to stop playing personal politics and campaign for more effort in the only arena where anything can be achieved, i.e. International.
Belatedly you seem as though there’s a chance this might actually happen?

If this was so as a generalisation, and it was, at the time of my studies in the UK and elsewhere, it was certainly so of the Hawke Keating reforms and those of the Howard years … except when Howard allowed a rush of blood to the head to cloud his judgement in workplace reform after he won a majority in both houses and a “mandate” to go forward on the issue. That said it is true that Hawke Keating were somewhat of an an exception as they negotiated their way to monetary reform and then began a banking reform completed by Costello. However they did this with by securing the Accord with the TUs establishing the base on which to bridge a “credibility gap” with the big end of town.

Since 2007 however the momentum for useful reform has been lost as neither the Labor governments or the current Coalition government have had the sense to see where they can best direct their attention.

Add in Hockeys’ terrible start “on the wrong side of the fairness fence” in last years budget and the apparent inability of Abbott and Hockey to understand that negotiation is more than phony conversations, you would have to say that it is the height of stupidity to think anything useful will come in the way of lasting reform in this parliament.