Brekkie on a budget. While it’s five weeks until the federal government’s budget, we have just a month to wait for the new Victorian government’s first budget on May 5. Accordingly, the IPAA (Institute for Public Administration Australia) has sent out invites to the annual Budget Briefing Breakfast, which is attended by top mandarins the next day. It’s standard for a representative of the government to address the function, and this year it will be Treasury secretary David Martine. What our tipster found interesting is that Judith Sloan will also be speaking at the breakfast — offering “commentary”. It’s an interesting choice — Sloan isn’t too keen on the public service, and we doubt she will have a lot of positive things to say about a budget from a Labor government. “I think I’d choke on my Weetbix having to listen to her,” our source says. We hope they aren’t serving Weetbix — the tickets are $100 a pop, which means it costs money for public servants to hear a briefing from a fellow public servant:

It made us look twice — was the invite from the IPAA or the IPA?

Where have all the subs gone? We hear from a tipster that staffing levels at The Australian are getting so tight that some night shifts have just two subeditors to put together the entire paper. That’s a mammoth task, and our source says it’s starting to show in the paper. We’ve been covering the decline of quality at Fairfax papers as subbing was shipped offshore, so we asked the Oz‘s editor Clive Mathieson what was going on. Mathieson told us:

“Your information is not accurate. We’ve never had two or fewer sub-editors across the paper on any given night. While we have restructured our print and digital production processes ​after the introduction of a new multi-platform publishing system about a year ago, overall production staffing levels across print and digital are unchanged. Naturally, we can be stretched on any given day by holidays and sickness but it’s a credit to the professionalism of our staff that we are able to hit deadlines and produce a high-quality paper every night.”

Taxing times for the ATO. Here’s a tax win to top them all. Broke Gold Coast property developer Raptis Group is set to make a comeback on the ASX. That was announced in mid-2014, and this morning a filing with the ASX gave shape to the reality as the company also lodged a series of half-year and annual reports stretching back to 2008, when the company got into troubles, and then toppled over in 2009, owing creditors around $1 billion. Those creditors took up to 15 cents in the dollar in a settlement, and there are 40 million shares to be distributed. But the part of the statement that took the eye was this: “We have successfully reduced the Tax Office claim of $29,375,574.31 down to $6.000.” What? That’s better than anything Google, Apple, News Corp, Rio or BHP has been able to achieve, and needs an explanation from the ATO, doesn’t it? If the tax liability is now $6 why has the ATO been wasting time and money trying to collect the other $29,375,568.31?

Locking not so simple. We reported yesterday that as part of new security measures at Parliament House, press gallery offices would be fitted with new locks that could be locked from the inside without a key. We hear from another source though that many other offices in the building, including those that house senators and MPs, require a key to be locked. Security instructions for these offices advise that in the case of a lockdown such offices need to be locked with a key from the outside, before closing people in. It doesn’t sound very secure to us — perhaps it’s more than just press gallery locks that need to be changed.

Man of letters. Education Minister Christopher Pyne has made another appearance in Adelaide Uni’s student magazine On Dit — but this time he isn’t arguing against uni fees like he did in 1985. Pyne is interviewed in the magazine’s education issue, where he is asked about his fond memories of his time on campus. He replied: “I remember writing these pitiful handwritten letters to all the people that I knew in 1st year and 2nd year uni who had been to basically St Ignatius and Loreto cause that was my circle of friends”. We knew he was a man of wild times, but letters? How racy.  He also responded to a question that started by saying he had the advantage of a free education by saying “if only that were true: I have four very expensive children”. Except that their HECS debts wont be in Pyne Sr’s name, but their own.

Prescription for Woolies? After last week’s Harper Review recommended deregulating the pharmacy sector, the powerful Pharmacy Guild hit back at the report, in a statement that specifically called out the power of the big supermarkets:

“By ensuring that pharmacy ownership is widely spread, the major supermarket chains are prevented from securing the high degree of market dominance they have obtained in other areas, such as grocery retailing.”

While there has been reports for years that supermarkets have wanted in on the industry, we hear from a tipster that Woolworths had taken it a step further, telling us “until recently Woolworths even had a word trade mark registered [email protected]”. We put that to Woolworths, and a spokesperson told us the supermarket giant didn’t have the trademark registered and there are “no plans” around moving in to the area.

Stranger than fiction. Crikey scribes spend most of their lives writing about the news for our dear readers, but Ms Tips hears that one of our very own has turned his hand to fiction. After last year’s A Short History of Stupid, co-written with Helen Razer, Bernard Keane’s first novel is due in August. There’s no word on what it will be called, but we can promise readers Keane brings a more romantic side to this work than we usually read in Crikey.

Just ask ISIS. We hear from a tipster that many new students (some international students) at the University of Melbourne were horrified earlier this year when they were told to contact terrorists about their timetabling issues. Of course, the students weren’t actually told to join the caliphate over lecture clashes, it just happens that the university’s administration system is called ISIS (Integrated Student Information System). Like building company ISIS and the family dog in TV show Downton Abbey, the acronym might not be as innocuous as it once was.

Don’t say the I Word. What happens when Australians hear the statement “Gallipoli was an invasion”? The ABC asked that question, and some other tough ones, like how to best mark Anzac Day, and if alcohol should play such a big part in commemorations in the new series The G Word. It’s compelling, but most interesting is the way we justify or deny the word “invasion”. 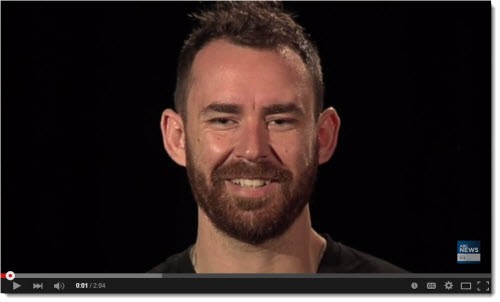 Of course Christopher Pyne is a man of letters. Carp springs to mind.

Is there any chance of changing the graphic of Tips? The male characdter looks like he’s picking his nose.