A Current Affair's attack on the tax-dodging News Corp will not bode well for the media empire's appearance before a Senate inquiry into tax-dodging today ... 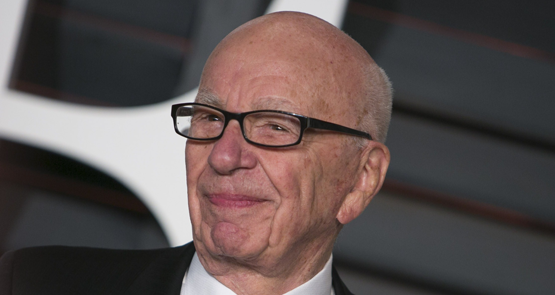 Back in the bad old days before the internet took hold, Australia’s two most powerful families — the Murdochs and the Packers — would often selfishly carve up the political and media landscape for their own benefit.

Their media power would be deployed against rivals or politicians who didn’t bend to their will, and from time to time they would agree not to attack each other, especially on personal matters.

The low watermark arguably occurred in 1998, when the Murdoch newspapers across Australia refused to even report that James Packer had called off his engagement to Kate Fischer.

It was a request from the Packers to the Murdochs, who then ordered all News Limtied editors into an embarrassing regime of North Korean-style censorship, which then Daily Telegraph boss Col Allan absolutely hated.

These days, James Packer privately describes Rupert Murdoch as “the scariest person in the world” and is happy to be out of the media wars and building on his global casino fortune with the support and protection of his friend Lachlan Murdoch, who is now co-chairman of News Corp.

The Guardian’s Nick Davies this week neatly summed up how the Murdochs play the media stand-over game in the United Kingdom. It’s a brutal regime that relies on fear and the ability of the Murdoch outlets to persuade enough voters to go a certain way come election time, as Media Watch pointed out about The Daily Telegraph’s recent coverage of the NSW state election.

At one level, you have to admire the Packer family for having a unique global record in having taken on the Murdochs and won during the Australian pay-TV wars.

But if he were still in charge of Channel Nine, would James Packer have dared to broadcast this eight-minute attack on multinational tax-dodgers that A Current Affair produced last night? I doubt it, because revenge would have been swift, with swingeing attacks on all things Crown Casino by the Murdoch press.

Rupert, News Corp and Foxtel were front and centre in the powerful ACA story, with a long-time Murdoch critic, Fairfax reporter Michael West, quoted at length. It almost felt like the rumoured Fairfax-Nine merger had already happened.

About 1.16 million Australians watched the ACA story last night, which was timed to coincide with today’s first appearances before the Senate inquiry into global tax avoidance.

News Corp is now clearly on the back foot because this huge ACA audience absolutely dwarfs the few thousand who would have read today’s Darren Davidson story in The Australian defending News Corp’s tax record ahead of its appearance before the Senate inquiry this afternoon.

Rupert Murdoch has a multi-decade record of pushing the tax envelope globally, and if senators want to take News Corp Australia CEO Julian Clarke into uncomfortable territory, they should revisit the issue of the 2004-05 float of Karlholt on the Bermuda stock exchange.

This was a brazen tax rort designed to deny ACT taxpayers more than $70 million of stamp duty as part of the Murdoch empire shifting from Australia to the shareholder-unfriendly and low-tax US jurisdiction of Delaware.

The Murdochs eventually settled in full with the ACT government but have never publicly explained the ruse.

Journalists love to belittle corporate spin doctors, but media companies do it better than most, and the truth usually lies somewhere in the middle.

Watch the A Current Affair piece for yourself and then immediately read Darren Davidson. Who is winning the PR war?

Labor Senator Sam Dastyari is carving out a national profile with his full-throated attacks on multinational tax-dodgers, as can been seen in this hard-hitting opinion piece in Fairfax papers today.

Interestingly, the best counter-attack so far was launched by Fairfax and Nine’s very own Joe Aston in The Australian Financial Review’s Rear Window column today. Aston is right about some of the hypocrisy from the likes of Dastyari and the tax-exempt Uniting Church, but the debate is still healthy, and an institution’s history should not stop it from participating.

Newly installed Victorian Liberal Party president Michael Kroger also made a perfectly legitimate point on The Bolt Report last Sunday when he said that unions pay no tax at all and have contributed hundreds of millions to the ALP over the past few decades.

By way of contrast, most individual and corporate donations to the Liberal Party are paid in after-tax dollars, although earnings by the likes of its asset-rich Cormack Foundation are largely tax free.

Tax reform is needed in Australia, so full marks so far to the Abbott government white paper and this Senate inquiry for kicking off what should be a long and sustained debate ahead of the 2016 federal election.

Let’s just hope that aggressive tax planner Rupert Murdoch can put his own position aside to allow his media outlets to contribute factually and sensibly to the argument.

A brilliant and gut-wrenching article Stephen. Thank you.
However, the thought of the LNP actually doing anything about this monstrous situation is, quite simply, laughable.

Stephen whilst I know you have a deep seated dislike of Murdoch ‘the few thousand’ readers of the Australian’ is not exactly correct…they do have about 350,000 readers Monday to Friday …while not the massive audience of the redoubtable ACA it’s still a bunch as they say….as an aside, you quoting ACA as a reliable source really does show your prejudice

Investigating tax dodging now brings a whole new comedic dimension to the phrase “closing the gate after the horse has bolted”.

There are so nanny copies of papers like the Australian given away that a circulation of 350,000 does not mean 350,000 readers. And to compare unions to corporations is laughable, unions are financed by members aren’t they?