How to fix democracy, a la Francaise

"Open primaries", as have been conducted across Europe for decades, might be the best way to restore faith in Australia's broken party system. 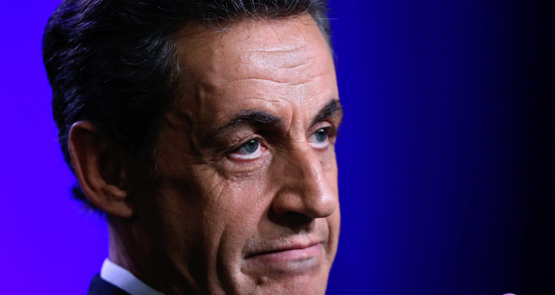 Pretty much everyone seems to agree that democracy is going through a rough patch. The public is disenchanted with conventional politicians and processes; many have turned to extremists of Left or Right or to half-baked populist movements. The long economic slump in Europe and America has taken its toll.

Searching for ways to re-engage the electorate, some established parties have tried opening up some of their decision-making. Hence the idea of the “open primary”, in which the party’s supporters at large, not just its members, get to vote on the selection of its candidates and even its leader.

The Italian centre-Left was a pioneer in this regard. Back in 2005, it chose its candidate for the prime ministership in a nationwide ballot, in which, as the BBC reported, voters “were asked to declare they were supporters of the centre-Left and make a symbolic contribution of one euro towards the costs of the poll”. Almost 4 million did so.

Slowly the idea has spread. In 2011, France’s Socialist Party — which, in the past, had held primaries restricted to its own members — chose Francois Hollande as its presidential candidate in an open primary, with almost 3 million voters.

And the story of democratisation is that where the Left leads, the Right eventually follows. Britain’s Labour Party, for example, first gave its rank-and-file members a say in electing the party leader back in 1983; it was 2001 before it happened in the Conservative Party as well.

So, sure enough, France’s centre-Right party, the Union for a Popular Movement (UMP), is now moving to an open primary as well. Le Monde last week published details of the process that will select the UMP’s candidate for the 2017 presidential election.

The primary will be held in November next year , with a runoff the following week, if required. It will be open to all enrolled voters who pay 2 euros (inflation!) and subscribe to a declaration that they “share the republican values of the right and the centre” and are committed to “an alternative for achieving recovery in France”.

At this stage, the favorite for the nomination is UMP party president Nicolas Sarkozy, who was defeated by Hollande in 2012. But whereas Sarkozy has strong support among party activists, it’s thought that an open process that will bring in more moderate voters will reduce his advantage.

And although his party is riding high following big gains in last month’s departmental elections, Sarkozy himself has had a difficult time. Although he has so far avoided being charged, he remains a person of interest in a continuing investigation into financial irregularities connected with the 2012 campaign — which has already claimed a number of UMP officials.

Two other things are noteworthy about the proposed rules. One is that the primary is to be open to the UMP’s centrist allies — the Union of Democrats and Independents, and the Democratic Movement — if they choose to participate. Bringing the centrists on side was a critical part of the centre-right’s success in the departmental elections, but it’s a strategy associated less with Sarkozy and more with his moderate rivals.

The other point is that not just anyone can run: candidates will need the support of a certain number of party members and local officials, including at least 25 MPs.

That’s a pretty high bar; it will probably limit the field to at most four or five contenders. That in turn might help Sarkozy’s opponents to settle more quickly on a candidate to try to beat him: probably either Alain Juppe or Francois Fillon, both former prime ministers. But, of course, it might not.

The question remains: why has Australia been so slow on the uptake for reforms like this? Our parties are just as hollowed out as those in Europe, but they seem to lack the motivation for serious engagement with their supporters.

Labor has advanced to something like where the British Labour Party was 30 years ago; the Liberal Party, with its even more hierarchical traditions, is further back still, and is most unlikely to consider any change until it finds itself in opposition again.

Can we sue the Morrison government? The calls are getting louder but the answer stays the same…

The truth is precious. Let’s not take it for granted

Pretty much everyone seems to agree that democracy is going through a rough patch.

It’s not “going through a rough patch”, *representative* democracy is simply reaching its inevitable conclusion: capture and corruption of most of the “representatives” by the wealthy and powerful.

The solution is proper democracy – direct democracy – a la Switzerland, allowing the people an avenue to directly exercise their wishes.

Aren’t there some open primaries in the USA?

At the risk of appearing pedantic (I published this comment elsewhere in 2013), let me try to give Gavin and others who might be interested some information about Primary elections as they are run in the U.S.

Candidates for election in Australia are selected by political parties — the pre-selection process — not the electorate at large. A way to increase the “directly chosen by the people” component in elections both for the Senate (s.7 of the Constitution) and the House (s.24) would be to move one step back in the whole process and institute Primary Elections of candidates, as is done in the U.S. Primaries winnow a field of candidates prior to an upcoming general or by-election. Primaries were specifically instituted to take the power of candidate nomination away from party leaders and give it to the people. A quick example of how this works (it varies among states): There was an election for State governor in New Jersey in November 2013. The incumbent is a Republican and a few Democratic challengers were announced early in the year. When you register to vote in NJ you may (but don’t have to) declare a party affiliation (no joining fee is involved). Primary elections take place in June, when voters choose their affiliated party’s candidate to run in the November Gubernatorial election. January marks the last date by which a voter may choose, delete, or change a party affiliation.

Among the states more generally, primary elections may be closed or open, or somewhere in between. In closed primaries (like NJ), you may only choose among the candidates of your party affiliation, In semi-closed primaries, the unaffiliated may vote as well. In open primaries, a registered voter may vote in any party primary regardless of his/her own party affiliation. In my opinion, the primary election process works well and I’ve participated since first registering to vote. Because of Primaries, I would say that voters in the U.S. have the potential to enjoy much greater participation in the entire election process compared to the situation in Australia. Of course, only about half the eligible voters in the U.S. ever get to the polls at all.

Labor may have been slow to get there in Australia, but at least it is now happening – while the Liberals flounder around over their leadership.