The Federal Court has granted Dallas Buyers Club the right to order ISPs to divulge the names and addresses of people who used BitTorrent to download the 2013 film. 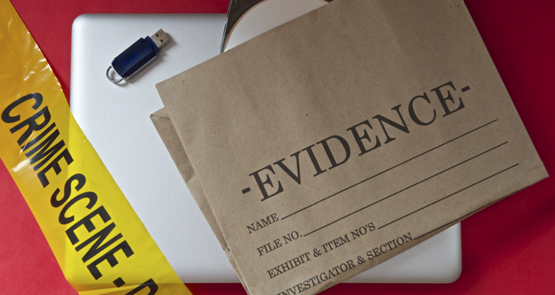 Wednesday’s Federal Court decision in the Dallas Buyers Club LLC (DBC) case sets a new precedent, forcing iiNet and several other internet service providers (ISPs) to hand over the identities of customers who allegedly infringed the company’s copyright in the movie of the same name. But it’s only one act in a long drama. And in any event, it’s likely to be irrelevant within months.

Here in Australia, a key legal case was the so-called “iiTrial“. What was then called the Australian Federation Against Copyright Theft (AFACT) — effectively a front for the Motion Picture Association of America (MPAA) — sued iiNet, which had refused to pass on AFACT’s infringement notices to customers. AFACT claimed that failing to co-operate, and failing to take other steps to limit copyright infringement, meant that iiNet “authorised” the infringement, in the legal sense of the word. The case went all the way to the High Court of Australia, and AFACT lost.

The DBC case, dubbed “iiDallas”, is effectively round two in this battle. The movie company obtained a list of IP addresses — through the use of investigative software called Maverik Monitor — that it claims were using BitTorrent to share out parts of the movie. It wants iiNet and the other respondent ISPs to reveal which customers were using those IP addresses at the time.

Justice Nye Perram has given DBC the win in this discovery round, but under strict conditions:

“I will order the ISPs to divulge the names and physical addresses of the customers associated in their records with each of the 4,726 IP addresses. I will impose upon the applicants a condition that this information only be used for the purposes of recovering compensation for the infringements and is not otherwise to be disclosed without the leave of this Court. I will also impose a condition on the applicants that they are to submit to me a draft of any letter they propose to send to account holders associated with the IP addresses which have been identified. The applicants will pay the costs of the proceedings.”

The detail of these orders will come on April 21. The ISP has 28 days to appeal the decision. But, assuming no appeal, DBC still has a couple of hurdles to overcome.

First, DBC has to produce a letter to alleged infringers that meets Perram’s approval. His concern is “speculative invoicing”, which is described in the judgement as “writ[ing] to the account holders demanding a large sum of money and offering to settle for a smaller sum which was still very much in excess of what might actually be recovered in any actual suit. This was said, in effect, to be sharp practice”. Perram is concerned that speculative invoicing might be misleading and deceptive conduct within the meaning of the Australian Consumer Law, or unconscionable conduct within that law or the Australian Securities and Investments Commission Act.

And second, DBC has to establish who the actual copyright infringer was in each case. It might not necessarily be the ISP account-holder — and DBC has already indicated that it won’t go after schools, businesses, prisons, or any other target that would generate bad publicity.

While it’s certainly worth ordering in more popcorn for this, it’s all likely to become moot very soon.

Today is the deadline for ISPs and rights-holders to negotiate a code of practice for a so-called “three strikes” system, under which customers alleged to have infringed copyright would be sent an escalating series of warnings. The code is expected to be something very close to the Communication Alliance model published for comment in February. If those players can’t agree, then the government will simply direct the ACMA to write a code for them.

As well as that, internet blocking legislation is now before federal Parliament. If passed in the May session as intended, rights-holders would have another weapon in their fight against infringers.

“In combating online copyright infringement the most powerful weapon that rights holders have is to provide access to their content in a timely and affordable way,” said Communications Minister Malcolm Turnbull when introducing that legislation. True. But whether that and all the other measures will be enough to stop the persistent infringers — those people who’ll find any excuse for not waiting for or not paying for legitimate copies — remains to be seen.

Dallas Buyers Club: how the gays have been co-opted for profit

Daily Proposition: watch a DIY sci-fi for the bittorrent generation

Judge Perram is all over this. “Speculative Invoicing” is very similar to how Bikey gangs collect their drug debts. The debt might start out at $300, but after a period of non payment the next knock at the door says it’s suddenly ballooned to $1,000 but they will accept $800 as full and final payment…or else.

Judge Perram is no mug.

Does anyone else find it ironic that this particular film was chosen as a test case?
(The hero) “bereft of government-approved effective medicines, decided to take matters in his own hands, tracking down alternative treatments from all over the world by means both legal and illegal. Bypassing the establishment, the entrepreneurial Woodroof joined forces with an unlikely band of renegades and outcasts – who he once would have shunned – and established a hugely successful “buyers’ club.”

Torrenting is a vital institution, it provides so much culture that is simply inaccessible through Netflix, Steam, Spotify, etc. Old TV series, out-of-season videogames, classic movies.. without torrenting we younger people simply wouldn’t have access to 80% of the world’s culture.

New commercial releases should always be paid for through Netflix, Steam and Spotify, but old content should be preserved and accessible too, and until we get some sort of comprehensive Netflix-style archive the only ones storing decades of brilliant culture are the torrent sites.

Jill Baird – that is truly ironic. The illuminous film industry always has a tongue in cheek way of either alerting the good folk of planet earth to their inevitable future or even sometimes suggesting a way out of it. Go figure.

Anyway, let me know when you set up your buyers club.

If my memory serves me well, which at the time being it still does, you were once a fervent non-conspiracy-theorist. Hmmm? It’s ok, it’s ok, don’t get upset. These things take time and everything has it’s course.

Great article and thanks for covering it. We pay our subs for stuff like this. Cheers