The dirty secret of penalty rate opponents: business is booming

Far from being "crippled" or "killed" by penalty rates, Australia's cafe and restaurant sector is growing so fast it will soon overtake manufacturing. The inconvenient truth of the penalty rates debate is that, far from being destroyed by penalty rates as employers and right-wing lobbyists claim, Australia’s cafe and restaurant sector is booming and in recent years has been one of Australia’s fastest-growing sectors and employers.

If, as the Institute of Public Affairs claimed in 2012, penalty rates are killing the cafe and restaurants sector, it’s lately undergone an Easter-like resurrection, because it is now one of the fastest-growing business sectors in the entire economy. ABS data on business numbers released in March shows that the net rate of growth in businesses in cafes and restaurants is far higher than in the overall economy. In 2013-14, the broader accommodation and food services sector was second only to the health and social care sector for net growth in businesses, and nearly all of that growth was in cafes and restaurants, takeaway food shops and pubs. In fact, there’s been so much growth in cafes and restaurants, one of the pre-Easter articles on business complaints about penalty rates included one cafe owner saying that “oversaturation” of businesses in the sector was a bigger threat than penalty rates.

But that’s just business numbers. What about employment? Have a guess as to what sector has growing fastest in terms of jobs in the last five years. If you guess health, you’d be right — according to ABS employment data, health and social care (e.g. childcare) has been our biggest, and our fastest-growing, sector in terms of jobs for some years now, rivalled in growth rate but not size only by mining during the boom years. Outside health, the fastest-growing major sector is road transport, which employs 25% more Australians than it did five years ago. But “food and beverage services” — which employs over 720,000 people, nearly three times as many as the road transport industry — grew by 18%. In that period, the proportion of the entire Australian workforce employed in food and beverage services has increased from 5.7% to 6.2%. If this sector keeps growing at the rate it did in 2014, it’ll require a bigger workforce than the entire manufacturing sector by the middle of next year.

So much for killing businesses and costing jobs.

Maybe voters are wrong, though, and cutting penalty rates would increase employment, as employers and the Coalition claim? Let’s ask Fair Work Australia, which last year went looking for evidence that instances where penalty rates had been cut had led to additional employment. All FWA could conclude was that “there was some limited evidence … which suggested that reductions in weekend penalty rates did not produce the business or employment benefits to the extent contended for” (my italics).

None of these facts for a minute get in the way of the business narrative about penalty rates killing businesses and jobs, a narrative in which they’re persecuted victims. That got a boost over the weekend from The Daily Telegraph, which in yet another demonstration of how it actively works against the interests of the people of western Sydney for whom it claims to be an advocate, is an opponent of penalty rates. Current Tele attack chihuahua Daniel Meers alleged union bullying of businesses that closed over Easter based on some Facebook posts. Unfortunately, Meers’ article had the effect of outing the Australian Chamber of Commerce and Industry head, former Liberal politician Kate Carnell, in a lie. Carnell has been at pains to insist ACCI is not calling for the abolition of penalty rates. “Penalty rates are here to stay,” Carnell was quoted by the Tele as saying. “The debate is about whether the rates are in line with community expectations.”

Well, we know the answer to the community expectations question. But does ACCI really believe penalty rates are “here to stay”? In ACCI’s own submission just last month to the current Productivity Commission inquiry into industrial relations laws, it specifically says penalty rates should not be part of awards, but merely something that can be bargained over — it expects penalty rates would stay in “highly coordinated, unionised sectors such as nursing, teaching and emergency services” but not in other sectors. “ACCI notes that such a shift may impact some employees during a transitional period,” the submission generously acknowledges.

Maybe Carnell should have spent Easter at work herself, reading her own submission, before commenting. 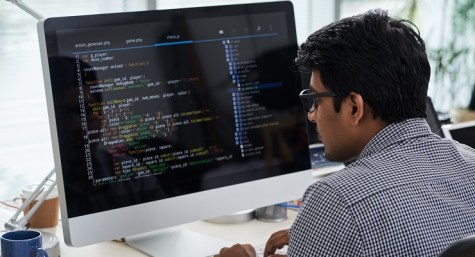 Wage growth bubble in the making as IT, hospitality and health at risk from border shut down

Indeed, it must be asked if penalty rates are in line with community expectations.

Because apparently, there’s a sizeable number of folks – on both sides of the political spectrum – who think they’re too low.

BK, good comments on the Tele, which purports to be the volkspaper yet, in reality, is the mouthpiece of any effort to screw the lowest paid in society.
As for M/s Carnell, you missed out that she is also a staunch advocate for getting rid of the minimum wage. No one has yet asked her if penalty rates are eliminated will there be a corresponding lowering of the costs paid by customers…not on your nelly!
Capitalise the profits, socialise the losses is Kate’s credo.

What these dummies complaining about penalty rates don’t get is that the only reason people agree to work unreasonable hours is because of the pay. Cut the pay and the quality employees won’t be available (skilled baristas can name their own rates and good chefs are priceless). Then Kate Carnell etc can endlessly complain about how good help is hard to find.

Dead on jmendelssohn, also I am only too happy to pay a surcharge for out of hours service to cover penalty rates, people have to have a decent life unlike the sort of society Carnell envisages as long as she and her IPA ilk are at the top of the feeding chain of course.

Carnell carries on as though she’s still a Liberal Chief Minister.