If a terrorist were to try to infiltrate Parliament House, doing it through the press gallery might be one of the easiest ways to do it. The Australian Federal Police is cracking down on security blind-spots. But with armed patrols guarding the halls, should journalists be concerned? 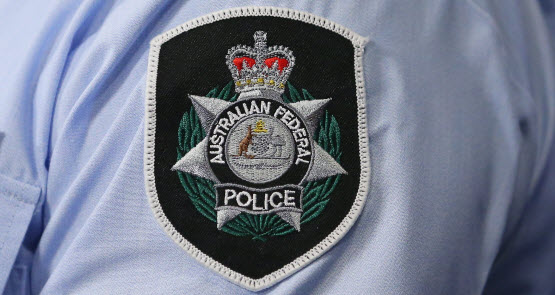 If a terrorist were to try to infiltrate Parliament House, doing it through the press gallery might be one of the easiest ways to do it. Unlike almost everyone else who works in our centre of government, journalists don’t need extensive background checks to become accredited. And the areas in which they work are only loosely guarded relative to the rest of Parliament.

But that is about to change. Last week, the press gallery’s bureau chiefs were informed in a meeting with Australian Federal Police of increased security measures to start from this week. Press gallery president David Speers declined to comment to Crikey about the specifics of this meeting, as it was held off the record. But Fairfax has reported the broad measures to be put in place from this week, which include sending security patrols twice daily through the corridors of the press gallery. “National security sources” also told Fairfax that security agencies planned to jam telephone and internet links in the event of a terrorist emergency.

While authorities assured bureau chiefs they were not aware of any specific or general threat against Parliament House, there are concerns that both journalists and Parliament House more broadly are at risk due to the looser security measures the press gallery enjoys. Of particular danger has been the lack of security guards in the area. In the event of a terrorist threat, knowledge of the ground is crucial, as it can give guards particular knowledge  of possible hiding spots and the like. That’s not to say the changes haven’t concerned some journalists — one told Crikey press gallery offices had a “relaxed, friendly environment”, being one of the only places where guards aren’t regularly seen. There is concern about the chilling effect guards could have on confidential sources and the like, but it’s understood those patrolling will have no investigatory powers. “We’ll wait and see what effect this has — it’s all been very militarised since late last year,” the journalist said.

Also being implemented are locks that allow individual offices to be locked from the inside without a key, to increase the security of offices in the event of an attack. Such locks are currently used in many other parts of Parliament House.

The Australian Federal Police are hopeful that in the event of a security breach, journalists will not tweet or otherwise broadcast events as they occur. Bureau chiefs have expressed concern about this, saying they’d be under extreme pressure from their head offices to quickly inform their readers, viewers or listeners about what was going on. In response to this, the AFP has promised journalists that in the event of a crisis, they’d be given access to a “talking head” — i.e. a security officer who would hold press conferences and briefings journalists could then broadcast to their viewers, allowing them to offer some information while not revealing anything the AFP intended to keep quiet during a crisis.

While the changes haven’t in themselves haven’t caused much outrage, broader issues of security around Parliament House do remain a sore spot. In particular, the use of bollards to cordon off areas where journalists are allowed to stand while doing their job has been particular gripe. The press gallery has filed a complaint about their usage, which journalists say poses safety issues and limits the freedom of the press. “I think everyone in the gallery is frustrated at the increased use of bollards,” Speers said. “We’ve made our concerns clear to DPS.”

” “National security sources” also told Fairfax that security agencies planned to jam telephone and internet links in the event of a terrorist emergency.”
Is that really a good idea?

It’s rarely there’s such an obvious security loophole being closed as is the case with this one. I’ve assumed it was already in place, and it’s surprising [given the realities of current fundamentalist terrorist actions] that it was left open so long.

I agree Norman. It’s amazing this government allows bloody journalists inside Parliament House at all.

There is something vaguely unsettling about this development and the “security” angle, especially in view of other developments, such as enhanced powers for ASIO that threaten press independence. In fact I’m somewhat surprised by the rather benign trust on display. Surely the idea of some other agency cutting jornalist’s lines of communications should trigger some alarm bells.

David, it’s not a case of “cutting journalist’s lines of communications” at all. It’s merely ensuring that they’re checked before being allowed the freedoms enjoyed by journalists inside Parliament, and is a sensible precaution. If at any stage an accredited journalist is barred from working inside Parliament House, then that will be the time your fears might become relevant.
The supercilious response of McColl is hardly what one would hope from posters, even from the intellectually feral elements which sometime pop up on this site.