High-profile support for a Sydney rapist, and the attempt to shut down criticism of it, illustrates how we trivialise violence against women. 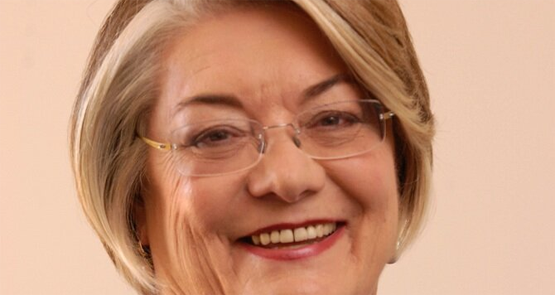 There was a highly revelatory moment over the weekend about the way in which violence against women is trivialised in Australia, especially by the legal industry.

Last week the new NSW Minister for Domestic Violence criticised a number of people who offered character references in support of Sydney rapist Luke Lazarus, who anally raped a woman outside a Kings Cross nightclub owned by his family. The venue subsequently used a picture of a prostrate young woman as an advertisement for the club. As Fairfax reported, among the supporters of Lazarus calling for him not to be jailed for his attack was South Sydney league club chairman Nick Pappas, a Greek Orthodox priest and Waverley’s Liberal mayor, Sally Betts, a friend of the Lazarus family.

Betts had not offered support to the rapist in her official capacity. She insisted that the rapist “must be punished”, but it’s not clear exactly what punishment she has in mind, given she doesn’t think he deserves to be jailed.

You would think an elected official taking the position that a rapist should not be jailed was a matter of genuine public debate. Not so, according to the NSW Bar Association. It moved rapidly to shut down any discussion of Betts’ support for the rapist, or anyone else’s, insisting it was “ill-advised”. “No member of the community should be deterred from providing evidence in a criminal matter,” Arthur Moses was quoted as saying. “In certain circumstances it may constitute a contempt of court to humiliate or victimise individuals for being witnesses.”

Moses’ statement as reported — perhaps he was misquoted or taken out of context — confuses character referees with witnesses. Character referees can be called to be cross-examined on their written reference if they provide one, but such statements are voluntary. No one forced Betts to speak in such glowing terms for Lazarus. Invoking “contempt of court”, however, is a standard mechanism by which the legal industry seeks to shut down public discussion of things it doesn’t think the public should be discussing.

What Betts did — and the way the Bar Association tried to shut down the debate — illustrates the casual way in which violence against women is trivialised. In inner Sydney, reported of sexual assault have increased o.5% a year, every year, while all other violent crimes except domestic assault have fallen. In NSW as a whole, sexual assault reports have gone up 2% every year. Yet a public figure seriously believes that a rapist should not be jailed, as if such an assault doesn’t warrant a serious response from the criminal justice system, or such a response should be tempered because of the wealth and connections of the rapist’s family.

Betts’ decision to support Lazarus surely makes her position untenable. No ratepayer in the Waverley Council area can have confidence that the council takes the safety of women seriously if its mayor genuinely believes the perpetrator of a sexual assault should not be jailed. And the Bar Association’s attempt to silence criticism of Betts’ stance is equally damning. If it were the legal industry itself under attack, the Bar Association would be demanding that the Attorney-General speak out to defend it. But victims of sexual assault, apparently, deserve no such consideration.

Excuses, excuses — but there’s no justification for this kind of tactic

On Rape is not good enough to be truly controversial

Excellent article!!! I would like to read the justifications of the people who gave character evidence for this man about why they did what they did. Somehow, its even worse when a woman sticks up for a rapist.

“I would like to read the justifications of the people who gave character evidence for this man about why they did what they did.”

I think the law in victims and there family’s eyes is a joke anyway.

Alas we live in an era of glowing as opposed to balanced references. A family friend may well think a criminal act is a single aberration in an otherwise polite and thoughtful life. However, that friend when giving a reference needs to talk about the circumstances in which s/he has observed the person. Family gatherings are a far cry from back alleys in a club district late at night. Too bad the mayor wrote of matters outside her knowledge.