The US economy has slowed. And other business tidbits of the day.

US economy wobbles? The March jobs report wasn’t a good look for US economists. All 98 in the regular Bloomberg survey failed to get anywhere near the 126,000 new jobs created, the closest forecast was 179,000. So was it a one-month wonder, or a signal that America’s long economic expansion is running on empty? Employment data tends to be a lagging indicator, and the US economy as a whole seems to have slowed so far in 2015, continuing the slowdown of the final quarter of 2014. Wall Street took the news as a sign the Fed’s first rate rise for years will take a little longer. If April turns into a repeat of March’s “weak” 126,000 new gigs, then the Fed will wait until much later this year to put its hand on the rate rise lever. Economists had expected non-farm payrolls to be up 245,000 in March. Besides March’s lower-than-expected figure, February’s jobs numbers were revised lower to 264,000 from the initially reported 295,000, while January’s number fell from 239,000 to 201,000. So a negative report all round. Blame the harsh winter (again), the high dollar and the slide in oil prices, which has slashed employment. — Glenn Dyer

The cheque’s in the mail, promise. Yanis Varoufakis, Greece’s Finance Minister, has assured the International Monetary Fund that Athens will pay a 450 million euro installment it owes this Thursday. He asked for a meeting with IMF head Christine Lagarde in Washington at the weekend, where he reportedly sought to reassure the IMF that Greece would be able to make the loan repayment due this week, despite a widely reported liquidity squeeze. European media reports said Varoufakis also used the meeting to send a message he is still in charge of the bailout talks. But the payment is only the first of a total of more than 9 billion euros of repayments due to be made to the IMF this year. The IMF says there can be no rescheduling of these payments unless Greece agrees to a fresh IMF program, something the Syriza government does not want to do. And Greek Prime Minister Alexis Tsipras is off to Moscow tomorrow to try and put pressure on the EU and the IMF by hinting at a deal with President Vladimir Putin. Greece has a Treasury bond sale of 875 million euros tomorrow, but also has to rollover or repay 1.4 billion euros of short-term bonds on April 13, and a further 1 billion euros three days later. — Glenn Dyer

Election ahead, no change for UK. Last month was the sixth anniversary of the Bank of England’s slashing of its key interest rate to its current record low of 0.5%. A lot has happened since then: the economy has revived after several false starts; employment has eventually soared (as have London house prices); the budget is looking better; and there’s an election in a month’s time. So the bank of England won’t be changing interest rates at its April meeting on Thursday night, our time. Uncertainty is anything but rising because of the confused state of British politics and an uncertain result ahead from the May 7 poll. There are doubts about the UK’s continuing membership of the EU (the “Brexit”, in the vernacular), house prices are cooling, productivity is going backwards and national income per head has yet to regain pre-GFC levels. Today, central banks in Australia, India and Japan will be releasing monetary policy decisions, all making for a noisy few hours for markets. — Glenn Dyer

Ring or bling? This Friday marks an important day for Samsung and Apple as the two tech giants go head to head. Samsung’s Galaxy S6 goes on sale (it was revealed on March 1), while Apple starts taking orders for its smartwatch, for release on April 24. Samsung, which updates the markets in its first-quarter performance today in South Korea, has a lot riding on the S6 and the S6 Edge as it tries to regain ground ceded to Apple’s iPhone 6 at the top end of the market and cheaper Chinese phone companies at the bottom (which made a mess of the S5’s sales projections). The new 6 Series is more like the iPhone 6 in look and feel than the 5 and has lost its cheap-looking plastic case. Meanwhile, Apple has started spending heavily on TV, in dead trees and online ads for the new watch ahead of the launch on April 24. US analysts say that, from this Friday, potential buyers must make an appointment to meet with an Apple store representative for a fitting. Once done, your order is in and from April 24, you will be able to take delivery — Apple will sell 1 million watches that weekend, 2.3 million this quarter and up to 16 million in 2015 as a whole, according to US research group IDC. — Glenn Dyer 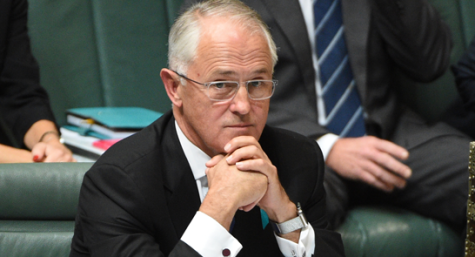