What to do when a Palestinian family wants more children but the husband is in prison? Improvise, explains Nigel O'Connor, freelance journalist currently in the West Bank. 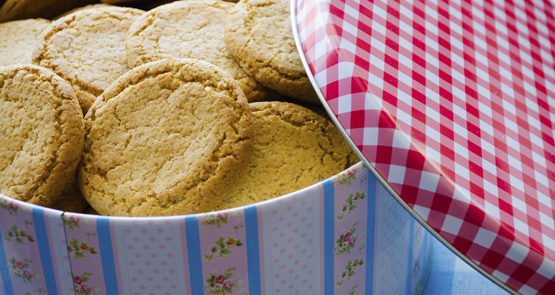 Twin sisters Nour and Sundus al-Mughrabi crawl on the ground in front of their mother, Hanadi, as she sits in her living room in the Dheisheh refugee camp, on the outskirts of Bethlehem in the occupied Palestinian West Bank. Hanadi, who is 36 and has not spoken with her husband since 2002, looks on her one-year-old daughters as a special gift.

“We call them ‘biscuit babies’,” she joked, referring to the method of their conception. Their father, Ahmed, joined the al-Aqsa Martyrs’ Brigades — a militant faction of the Fatah Party, itself a faction of the Palestine Liberation Organization — during the second intifada and is now serving 18 life sentences in an Israeli prison. Following his imprisonment, Ahmed switched his allegiance to join Hamas, which is a common practice for inmates trying to negotiate a life in the prison system. In 2013, he managed to smuggle a sperm sample out of the prison, and Hanadi conceived using in vitro fertilisation.

“Prisoners have a canteen, and he put sperm in a plastic sandwich bag and placed it among biscuits given as gifts to visiting family,” Hanadi explained. “Sperm is good for 24 hours, and it was frozen in the clinic. After one month I went to do the procedure.”

Ahmed watches his wife and children throughout their home, his photograph on display in each room. He looks up from under the glass of the coffee table, looks down on the kitchen from a portrait hanging on the wall and out from another standing on a side table. Despite the long absence, his presence is reinforced by Hanadi, who awaits his return.

“I am 36 years old and lost Ahmed when I was 22. I feel my mind and soul are still that age,” she said. Hanadi last saw her husband in 2005, during a court hearing in which they were unable to speak.

“My husband is a unique and special person, and I love him,” she said. “I will stand with him until the end, and life without him isn’t worth it. I do what I do in life because I’m waiting for what comes in the next life.”

Hanadi’s devotion is evident in the affection she confers on their three children. She was pregnant with Mahmoud, the eldest, when Ahmed was arrested. He is now 12 and met his father for the first time in 2013, a five-minute visit during which guards allowed the pair to take a photograph together.

“Since Mahmoud was young I raised him to love his father and told him how he was, his character.  He knew his father, but only got to meet him when he was 10.  He helped his father’s morale in prison,” she said.

In the occupied Palestinian territories, where family life is central to society, and prisoners in Israeli jails form part of the collective consciousness, sperm smuggling is providing some couples a means of expanding their families, even while physically separated.

Conjugal visits are prohibited for inmates deemed “security prisoners” by Israeli authorities, yet Nour and Sundus are among 22 babies born after Palestinian prisoners smuggled sperm out of Israeli prisons, along with eight ongoing pregnancies, according to Dr Salem Abu Khaizaran. Director of the Razan Medical Centre, which has clinics in Ramallah and Nablus, Abu Khaizaran makes IVF treatment available for prisoners’ wives for free.

“Prisoners leaving jail when wives are no longer productive can lead to men marrying to another wife. We do this for humanitarian reasons and social responsibility,” Abu Khaizaran explained, saying wives of prisoners need only pay for their medication. “We have nothing to do with getting the sperm samples, but if we get them and they are good we can freeze them.”

After returning from the UK, where he worked as a gynaecologist, Abu Khaizaran established the Razan Medical Centre in 1995 as the first IVF clinic in the Palestinian territories. On any given day, the centre’s Ramallah reception room is busy with young and middle-aged couples receiving fertility treatments.

Despite reservations about the reaction to prisoners’ wives being pregnant in spite of their husbands’ absence, the first baby conceived with smuggled sperm was born in 2012.

“I was reluctant to do this work because it is a conservative society and we were worried prisoners’ wives being pregnant would be big trouble,” Abu Khaizaran said. “We told them to do some community preparation, consulting with family, in-laws and the village. The community has become very supportive, and it is becoming very popular. The media has been very important in changing attitudes.”

Religious fatwas were sought to sanctify the practice. In 2013, the Palestinian Supreme Fatwa Council approved of prisoners’ wives conceiving via IVF on condition the couple had already consummated their marriage and that the husband’s sentence was so long that natural conception was a distant possibility.

Since the first Palestinian woman announced her birth to a child using smuggled sperm in 2012, a variety of products, including sweet wrappers, chip bags and eye droppers, have been used to transfer samples from the prison to the centre, according to Abu Khaizaran. Once frozen, samples can remain useable for 10 years.

For women like Hanadi, the chance to have more children despite her husband’s imprisonment affirms her continued optimism.

“We are people who love life, family and to raise our kids well,” she said. “The Israelis are the ones who came to us and attacked us, stole our land and killed our lovers. They took the people we love. I would love my husband to be with me and live together in peace and he can raise his girls, but because I love life I raise them and have the energy to keep my family.”

‘This is Gaza’: amid bombed-out buildings, hope and a helping hand

You wouldn’t think it could be that easy – would you?

This really is superb reporting. Thanks.