Super tax changes need to look beyond the fiscal

Fixing superannuation tax concessions will have implications right across our retirement income system -- and we should use them to address emerging problems. 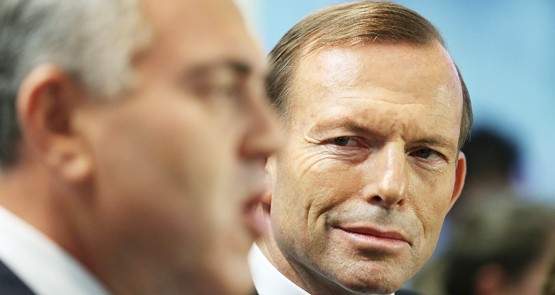 The tax debate actually appears to be getting somewhere — albeit not in the direction either Treasury or Tony Abbott would like. Until recently, the momentum for fixing our broken superannuation tax concession system hadn’t reached our politicians, but now both Labor and Joe Hockey have spoken about examining how we lose tens of billions of dollars a year in income tax revenue to high-income earners and wealthy retirees exploiting retirement incomes policy.

Treasury won’t be overly pleased that its tax white paper proposal to abandon the field to multinational tax dodgers has been overlooked, especially with the Treasurer looking to play catch-up with Labor on the issue. The Prime Minister has already tried to describe super tax concession reform as a natural Labor tax grab (remember, by his own admission his primary skill as PM is attacking Labor), but for the moment we can let Abbott have his tantrum while the adults get on with contemplating how to build on this momentum to address one of the weeping sores of the Australian tax system.

A core problem with seeing super tax concessions — which will cost over $30 billion this year in foregone revenue — as a potential fix for the budget is fairness and certainty. Some argue any changes should be prospective — an increase in tax on drawdowns by high-income retirees, for example, shouldn’t apply to current retirees who have planned their retirement income strategy around existing rules, regardless of how inequitable those rules are. And significant changes may well prove disruptive not merely for the superannuation industry but the firms in whom their funds are invested, if money starts moving around in response to changes. Any phasing-in or grandfathering will delay the fiscal benefits of reform well into the future — but would still be worth doing anyway, given how rapidly the cost of super tax concessions are growing (they are forecast to hit $50 billion pa in 2017-18).

One reform that would reduce the impact on certainty and fairness was put forward by a senior Department of Finance officer in Crikey in February: lift the current concessional superannuation tax rate from 15% to the average income tax rate of 19%, which would generate significant additional revenue and increase the fairness of the current system but not dramatically increase the tax burden on any one group.

But any changes shouldn’t be seen merely as a budget and equity fix. Adjustments to tax concessions will have consequences across the retirement incomes system as taxpayers adjust their behaviour and, where possible, change their arrangements to minimise their tax obligations (one of the reasons why Treasury estimates that removing concessional tax treatment of super would only yield around 85% of the revenue currently foregone, because people would switch to other tax minimisation vehicles). Given there will be flow-on effects across the system, understanding these effects and, if possible, directing them into better outcomes can mean not merely a fairer system and a stronger budget but better retirement policy outcomes.

One area that requires consideration is the growing risk resulting from the increasing lifespan of Australians: the longer we live, the more likely we are to run out of super and be forced onto the aged pension. Deferred annuity products are available now, but the policy issues is whether we’re content to let people make their own decision about whether to simply to fall back into the aged pension safety net, or whether we should encourage people to take out some form of longevity insurance via a deferred annuity or similar product.

Adjusting relative levels of tax treatment — co-ordinated with adjustments to means test thresholds or other regulatory changes — could establish an incentive for retirees to buy future income streams to offset the risk of living beyond the life of their super assets. And of course, the financial services industry stands ready to take advantage of any shift in policy both to cater to people looking to minimise their tax and those worried about outliving their super.

Whether we like it or not, changes to super tax arrangements will have significant long-term impacts. Anticipating them and trying to make them work in the national interest requires us to look well beyond the budget bottom line.

Turnbull blinks on super, but gets a good outcome

Unfortunately our politicians are jumping to the second stage of “The Conversation we have to have.” The first stage is a broader conversation about the sort of Australia that we want in the future. eg In a global economy to be competitive you have got to be either cheap or clever. If we are way past cheap how are we going to achieve “clever”? Ageing population is not just about pension cost or superannuation rebates, in isolation, and if the Baby Boomers are a “bubble rather than a trajectory what is the effect of that on future planning? This conversation needs to exclude the “Well how are you going to pay for that” knee jerk to every suggestion. When we can reach consensus on where we want to go, then people can be brought on board with how to fund it. Somehow we need to get beyond the knee jerk combative politics that keeps us going nowhere.

I heard an expert on the radio yesterday saying that people with $2m in their super do not need tax concessions and they’re most likely more into estate planning than retirement planning. I found that argument pretty convincing. There is clearly an opportunity to limit super tax concessions to the wealthy. Whether or not it would generate revenue is another matter. I reckon 85% is too optimistic.

There’s a real problem with deferred annuities. That problem is that it sends vulnerable old people into the clutches of the most amoral, greedy, morally dubious people in our society, namely the financial advice industry. I predict tears in 5 to 15 years if we trust those shysters with the financial security of the elderly.

After reading the article I was more concerned that the PM evidently doesn’t think that running the country is his main priority!

Maybe Ladbrokes or similar could offer odds on whether he will take up the mantle of PM at any time before he is summarily dismissed for failing to look after the needs of voters?

I agree with David Hand’s fear of deferred annuities and I doubt that having people fall back on the age pension if they live too long is an issue for our government. While optimism for eternal life seems never to die, there will not be many for many years falling back on the aged pension when their super pensions run out. The real issue is in taxing people who can draw incomes over $120000 a couple. The greater tax concessions received surely justifies some rate of tax to recover excessive concessions. If we suppose that concessions at 17% are not excessive, then a marginal tax rate of !5% on every dollar earned over $120000 for a couple seems fully justified. A lower threshold income for a couple could be considered but should not be below the $70000 currently required for a comfortable retirement. The threshold income could be indexed for the highest of inflation or the rate of growth of average earnings.

DIdn’t the Labor govt plan a tax change on large super and Abbott and Hockey scrapped it?
I would have thought that the simplest way of raising revenue without having to dodge clever accountants would be to scrap all tax deductions that are deemed unwanted, like diesel rebates to miners. Also some sort of transaction tax on share trading and such which would not affect productivity in Australia. The Googles of the world could surely be paying tax on the income they derive in Australia while only being able to claim deductions that are paid in Australia, e.g. Interest to an Australian bank.