Jamie Oliver wants Australia to introduce a 15% tax on soft drinks. But some industry experts say the success of such a measure is about as likely as producing one of the celebrity chef's meals in a quarter of an hour. Crikey intern Emer McCarthy reports. 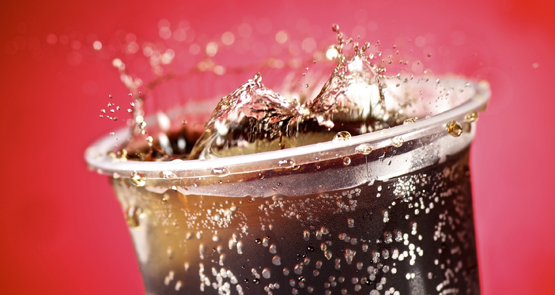 Speaking at the Food Revolution event in Sydney on the weekend, celebrity chef and regulation proponent Jamie Oliver said he believed that soft drinks should attract a 15% tax in Australia.

The World Health Organization has recently called for fructose and sucrose consumption to be cut to only 5% of the total daily energy needs of both adults and children, and for soft drink consumption to be limited. But is a tax on soft drink the solution? Is it legally feasible? And more importantly, would it make any difference?

Have any countries had success with introducing a soft drink tax?

New York City mayor Michael Bloomberg tried to implement a ban on soft drinks over 450 grams but this was overturned by a judge after less than a year.

Similarly, a tax on foods with a fat content of over 2.3% saturated fat was also repealed in Denmark after a year in 2012. Lawmakers attributed the failure of the tax to the close proximity of Germany and Sweden, which did not implement such a tax and subsequently attracted Danish consumers.

What are the health risks associated with regular consumption of soft drinks?

There are a number of health issues associated with consuming drinks with added sugar. These include obesity, type 2 diabetes, some cancers, tooth decay and acid wear. Additionally, Rethink Sugary Drink suggests that one can of soft drink a day can lead to an annual weigh gain of 6.75kg.

Is 15% high enough to encourage people to give up their daily Coke habit?

Jane Martin, the executive manager of Australia’s Obesity Policy Coalition, says research suggests that taxes need to be “high enough to elicit population based behaviour change” and that a 20% tax would be more effective in stopping people from purchasing soft drinks. The coalition would like to see the revenue raised from the tax be used to create more healthy eating programs and improving the affordability of fresh food nationwide.

If there’s a soft drink tax will people find alternatives?

The proposed tax raises questions about where the line is drawn in terms of sweet beverages. Similar to the unpopular “alcopops” tax, which resulted in an increase in the sale of hard liquor and mixers in lieu of pre-mixed drinks, a soft drink tax could lead to a rise in the sales of cordials and syrups, which could be mixed with untaxed soda water to make fizzy drinks.

Would it be possible to pass such a law?

The issue was not raised in Monday’s taxation white paper and if it were to be introduced on a federal level, it would have to go through the law-making process, where the outcomes can be very hard to predict.  The lack of a majority in the Senate might also prove to be a hindrance.

Laws relating to taxation can be more difficult to pass, but like smoking legislation, taxes relating to health are more often than not well received.

How likely is success?

“It hasn’t worked in the past with other products”, Lederman said. He also points out that there is always a “trade-off” between health, trade and environmental organisations, making the tax’s implementation and success a difficult process — either way, someone (and their lobby group) is going to be disappointed.

However, Martin praised Oliver’s attempt to bring awareness to the issue and believes that a soft drink tax “has a lot of potential”. The proposed tax could be used as a starting point for a greater national conversation on health that involves policies such as a mandatory food star rating system and stricter junk food advertising laws.

“Even a small change in behaviour has a major impact on public health”, she said.

If we really are intent on introducing a tax on obesity-inducing drinks, let’s slam the loopholes shut lest the movement be hobbled before the law is passed. For a start, ditch equivocations like “added sugar” in the proposition. After all, it is “total energy” that is making us fat.

Such honesty could start at home. If the kids are fat, then clean out the fridge. Not just the Coke etc. Chuck out every single flavoured drink in the fridge. Especially those labelled “full of natural goodness” or “extra calcium” etc. Such is just an excuse for fruit juice or milk drink to overdose us with everything we dont need more of.

For that matter, do you really need to have milk in the house? Tell the kids that the fruit is in the cupboard, go peel yourself an orange.

God yes. lets its will defund some capitalists and with any hope reduce some fat cells on the collective Australian body.

This is one of the many taxes which should be introduced; but while Australian voters tend nowadays to feel even passionately at times about a tax which doesn’t affect them, they oppose almost any tax which they fear might affect them significantly as individuals.