Poll Bludger: is Lambie the old adventures of new Pauline?

Jacqui Lambie wants to form her own political party. But will she be able to reach the heights of Pauline Hanson's One Nation? 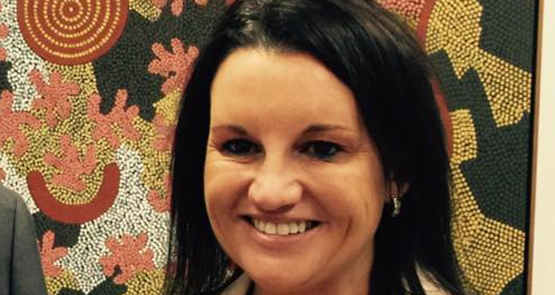 Lambie would prefer that the entity be known as a “network” — the Jacqui Lambie Network, to be precise — in acknowledgement of its principle that senators should perform their constitutionally mandated job of representing the interests of their states, free from the straitjacket of party discipline.

But the formal recognition sought by Lambie for her new organisation is most certainly that of a political party, entitling it, among other things, to public funding should candidates it fields prove able to secure more than 4% of the vote.

The Lambie enterprise is the latest in a series of populist-parties-cum-personality-cults to have emerged in recent times, each seeking in its way to emulate the short-lived political achievements of Pauline Hanson’s One Nation.

The template has been followed in distinctive ways by Katter’s Australian Party and, of course, Lambie’s own ticket to parliamentary fame and fortune, the Palmer United Party.

Each of these three phenomena notably grew out of mainstream conservative politics in Queensland, Hanson having come to attention as a Liberal Party candidate at the 1996 federal election, Katter serving as a National Party member in both state and federal government, and Palmer going solo only after a lengthy association with the Nationals that went back to his time as campaign director in the later Joh Bjelke-Petersen years. It remains to be seen whether Tasmania offers sufficiently fertile ground for a similar movement to take root.

There are other reasons to doubt whether the successes of these parties, shaky as they have proven to be, offer a useful template for Lambie. She is, to say the very least, lacking in Palmer’s financial muscle, and has no match for the political network Bob Katter built up through a state and federal parliamentary career of his own going back to 1974, together with his father’s endeavours representing northern Queensland federally from 1966 to 1990.

Lambie’s failure to strike quite the same chord among white working-class voters as Pauline Hanson is a more complex matter, given their presumed appeal as everyday Aussie battlers with the courage to stand up and say what ordinary people are thinking.

There is little doubt that the market for a Hanson figure narrowed after John Howard adopted his hard line on asylum seekers in 2001, a factor that could well have been reiterated by the return of the issue to centre stage at the 2010 and 2013 elections. Lambie’s brassy public persona also stands at odds with the air of vulnerability projected by Hanson, which appeared to arouse protective instincts among men, especially as she confronted the angry public displays of her ideological opponents.

While Lambie’s ambitions will clearly need to be more modest than Hanson’s, it certainly isn’t impossible that her new party will help her carve out a small but enduring niche on her home turf.

Her most credible objective in the short term would be to secure a Tasmanian seat at the next Senate election in addition to her own, followed another three years later by the retention of her own seat — assuming her organisation remains functional for that long.

Given Tasmania has only five House of Representatives seats, it should be a relatively simple matter to boost the party’s profile by fielding a slate of candidates who could each bring their energies to bear in boosting the party’s collective cause.

As with anything else involving minor parties in the immediate future, much depends on the state of the Senate electoral rules in place at the next election, and here the government’s intentions are presently obscure.

It may be that Lambie is motivated in part by the hope of winning mainland seats on the back of the preference-harvesting lottery. But if electoral reform takes that option away, specifically by moving to the above-the-line optional-preferential-voting model proposed last year in a bipartisan report of the Joint Standing Committee on Electoral Matters, her prospects in Tasmania could actually improve.

As the operation of a similar system in New South Wales has demonstrated, its effect is very often to deliver the final seat to the best-performing micro-party, without the element of randomness introduced by snowballing preferences.

Even so, the substantial quota for election in the Senate means she would likely have to match the 6.6% vote she achieved in 2013 on the back of a Palmer-bankrolled television advertising offensive, using only the strength of her as-yet-untested personal appeal.

Is this your new PUP balance-of-power Senate warrior?

Baby come back: can Palmer lay claim to the brick with eyes’ Senate seat?

The “Retiarii ‘R Us Party”?

On a recent trip around Tasmania in which I spoke to a diverse range of people involved in politics, I found only one common theme. No one thought Lambie had a clue or should be in Parliament. When you look at some of the characters who have been elected there over the years, that’s quite a distinction for her.

My extended family and I actually think she’s worth listening to, and we’re all left-leaning Tasmanians (some more left-leaning than others).

She’s obviously way-off on Islamic matters – but then so are the vast majority of Tasmanians, and dare I say it, most Australians. But as an ordinary Australian (with some experience of a hard life), I think she has at least as much right to be in parliament as all those apparatchiks, corporate defenders and party hacks.

Finally, if you’re going to exclude from Parliament everyone who doesn’t have a clue, most electorates wouldn’t be able to line up any candidates. Now there’s an idea . . .

Liz, what passes nowadays for “left-leaning” has lost most of its meaning, even outside Tasmania. Jackie may have a “right” to be in Parliament, but so does most nongs who happen to be on Electoral Rolls.
In any case, why not just be thankful there’s no qualifications for being able to post on blog sites?

This lady is a classic example that one does not have to have a clue about the Australian Constitution and still be in Parliament.
So, how can anyone represent the electorate without basic knowledge of the LAW of the Land?