Only in Melbourne would an editor try to mix poetry and sport on a front page. And other media tidbits of the day.

“With all the brouhaha going on at SBS, one investigative journalist, seeking a moment’s repose from imminent threats of an investigation, staggered away, into an apparently disused corridor he’d always assumed led to maybe the loading dock. Smelling a weird mixture of Greek and Chinese foods, and sensing an after 7pm quirky story might be lingering down there, he soon emerged into a large room, discovering something he was 100% convinced no one else in TV knew existed. A radio station! One that turned out to be the most multicultural public broadcaster in the world. And it had been there for 40 years! When asked by stunned radio broadcasters, just where he’d come from, he mumbled TV. ‘TV?’, they asked. ‘SBS has TV?'”

We’ll take that as a comment. And if we’ve ever given the impression SBS was only a TV station, we’re sorry. Of course, we do know SBS has radio channels broadcasting in 74 languages. That’s plenty more than the BBC (37) and even twice as much as the Vatican’s radio service (34), which, as Labor Senator Sam Dastyari is fond of saying in estimates, makes SBS twice the voice of God. — Myriam Robin

Radio stations on the market. The Australian Communications and Media Authority has granted Fairfax and Macquarie Radio a six-month stay on the media ownership rules, as a merger between the two media companies inked this week would see them breach the media concentration rules in Sydney and Mount Isa.

In Sydney, the new merged entity now controls three broadcast licenses in Sydney — talk stations 2GB, 2CH and 2UE. This is in breach of the two-in-a-market rule, which prohibits the ownership of more than two such licenses in the one area. Meanwhile, in Mount Isa, MRN and Fairfax will control both radio station 4LB and newspaper The North West Star. This breaches the rule that requires the number of media owners in regional licence areas to not fall below four. ACMA has allowed a six-month breach of the rules, during which time Fairfax and Macqurie have undertaken to find buyers for two of the stations — 2CH in Sydney and 4LM in Mount Isa.

It’ll be easier to find buyers for the radio stations than it would for the newspaper. The outlook of the radio industry hasn’t been as affected by the internet as much as print or television. In Sydney media circles, Bill Caralis is seen as a likely buyer of the stations. He owns the Super Radio Network, which operates talk and music stations across regional and metropolitan New South Wales and Queensland.

At Fairfax radio stations 4BC and Magic 882, staff were told on a conference call this morning to expect 50 job losses. The merger between 2GB and 2UE is expected to cause another 30 job losses, Fairfax reported this morning. — Myriam Robin

Barry v Fordham rolls on. Media Watch‘s Paul Barry had a go at 2GB’s Ben Fordham on Monday night for promoting a “meal in a shake” product that advertises on 2GB and is 10% owned by his brother, saying the difference between the shake’s paid spots and show banter were Fordham talked about the shake was unclear. Fordham wasn’t happy with that, saying it was utterly unfair for him to have to declare his brother’s business interests, as Media Watch suggested on Monday. Fordham also said Barry wasn’t game to come on his show, so Barry called the open line, to Fordham’s displeasure. Their encounter yesterday can be heard here. — Myriam Robin

Cash for country papers; pennies in New York. Contrasting moves in the US newspaper industry. Warren Buffett has added two small papers to his existing collection of regional publications. In New York, Cablevision, the east-coast cable and group is reported to be about to offer US$1 for the faltering New York Daily News.

Meanwhile in New York, Cablevision’s offer could come as early as this week, according to Reuters. The owner of the Daily News Mort Zuckerman put the paper up for sale a month ago. Cablevision already owns Newsday on Long Island — the oft-forgotten daily paper in New York City. Cablevision operates cable TV networks across the northeast of the USA with 2.68 million subscribers, as well as owning Madison Square Garden in New York City.

The Daily News reported its average circulation for the six-month period to March 2014 as 338,944. That includes digital subscribers. But Reuters reports that Daily News’ daily single-copy sales have fallen 42% in the past three years, from 290,000 in the fall of 2011 to 168,000 in late 2014. Reuters also said The Daily News was losing US$30 million a year and had a US$150 million investment in new printing equipment (not the smartest move when sales are crashing). — Glenn Dyer 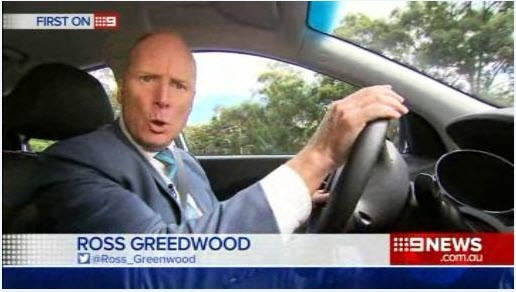 Stupid decisions. The Guardian Media Group has decided to exit all fossil fuel investments in its $A1.6 billion nest egg.

When ANU did the same last year, no less than our prime minister attacked the decision as “stupid”. I suppose he would regret recent moves by Syracuse University, The Guardian Media Group and the Norwegian Wealth Fund as being of equal stupidity. That’s despite the continuing underperformance by fossil fuel companies, especially coal miners. The slump in oil and gas prices is also making it easier for investors to decide to quit the sector.

The Guardian quoted Guardian Media Group chair, Neil Berkett as saying the percentage of fossil fuel assets currently in the GMG investment fund was in the low, single digits. He said GMG, which owns the  Guardian and Observer newspapers and website, has set a target of a “couple of years” to sell its direct fossil fuel investments, such as company shares and bonds, and five years to divest “co-mingled” funds that contained some fossil fuel assets. He said GMG would also be increasing its socially responsible investments.

“Berkett led a two-month review with GMG’s investment advisers Cambridge Associates and said the critical step was deciding if GMG would be able to influence fund managers to provide the fossil-fuel-free investment options needed for GMG to divest. He said just a few dozen of the 17,400 institutional, high-quality managers were currently fossil free in their asset allocation.” — Glenn Dyer

It begins. Only in Melbourne could a newspaper think it was a good idea to put both sport and poetry on the front page … 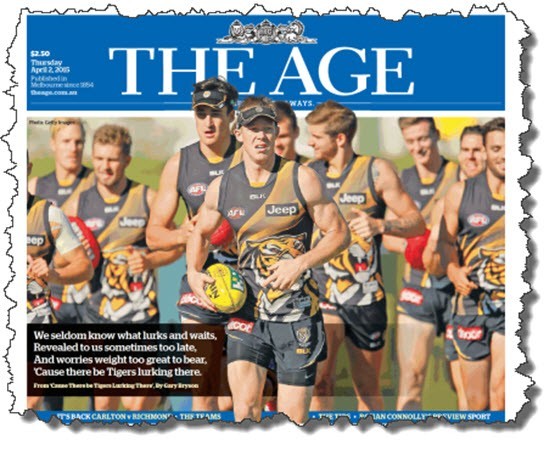 Video of the day. The ABC yesterday gave Shaun Micallef’s Mad as Hell a plug on the ABC News website, but that link appears to now be gone. A few weeks ago, Media Watch pinged the ABC for using its TV news to promote the show, saying it was poor form to mix satire with news in this way. The ABC agreed, saying the inclusion of an interview with Micallef in the news was an “editorial error”.

Crikey asked the ABC whether the disappearance of the video from the ABC News website had anything to do with similar concerns — we’ll update this item when we hear back.

Nonetheless, the sketch was very funny. Here it is on YouTube: 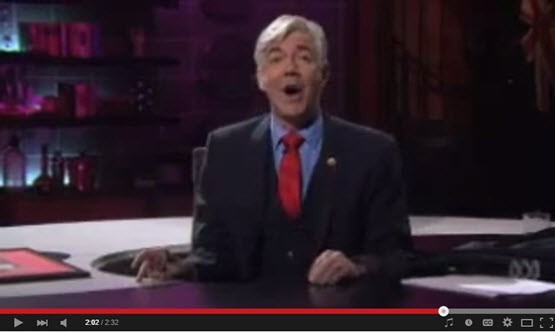 Ever notice the effects of Turdbull blowing smoke up the collective arses at the ABC (7:30/Lateline/Q&A)- he plays them like tin whistles.
It allows him to get away with asking the questions that he thinks should be asked – the one’s that don’t embarrass him?
Bonfire of the vanities of media.

“Stupid decisions. The Guardian Media Group has decided to exit all fossil fuel investments in its $A1.6 billion nest egg.”

Hi Ivor. I was the one who choose the title ‘stupid decisions’,and it was a sarcastic reference to Abbott’s statements carried further down the brief. Glenn actually praises the decision, while blasting Abbott for describing a similar decision by ANU last year as stupid.