There is a growing trend of anti-Islamic women appointing themselves guardians of the Christian domestic realm, by "battling" halal certification on the home front. Tony Abbott may find burqas “confronting”, but during a visit to a halal-certified meat processing plant in Hobart earlier this week, he told reporters he was not troubled by Australian companies paying Islamic organisations to inspect and certify their goods as halal. “If we want our exports to grow all the time this is what we need to do, and I think that’s what Australians want.”

This is not the view of Coalition MPs Cory Bernardi and George Christensen, who are calling for a Senate inquiry into whether the funds raised by halal certification are being used to fund extremism and/or are driving up prices for Australian consumers. Leader of the Christian Democrats Fred Nile and (of course) independent Senator Jacqui Lambie have expressed similar concerns.

Lambie is a notable female face amid the male parliamentarians “speaking out” against halal certification. However, the grassroots campaign that has generated this show of concern is female-driven and female-branded. Like other right-wing movements, including Islamist movements, the anti-halal lobby provides women with the opportunity to participate in public discourse through the public performance of their roles as home-makers and guardians of domesticity.

Kathleen Blee’s study of women in the organised hate movement in the United States notes the important role played by women racists in strategically deploying their control of family consumption, including boycotting items certified as kosher. A similar role is exemplified by the most prominent figure in the Australian anti-halal certification campaign, Kiralee Smith. The founder of Halal Choices Australia, Smith is described in her biographical notes as “first and foremost a wife and home-schooling mother of three who holds a Bachelor of Theology and a Diploma of Ministry”.

In a lecture delivered at a conference for the far-right Q Society (self-described as “Australia’s leading Islam-critical organisation”) and made available on YouTube (though currently unavailable due to a “defamation complaint”), she describes how after being alerted to the role played by halal-certified food in funding sharia law, she realised that: “As a wife and a mother of three who does the shopping, I thought I could do something. I could take some form of responsibility for what we bring into our household.” A banner photograph on her website shows an attractive young white woman standing before a grocery shelf as she reads the label of the product held in her hands — the embodiment of the ideal responsible female household consumer.

And women seem to form the bulk of the participants on the Facebook pages dedicated to campaigning against halal certification — unsurprisingly, since the campaign revolves around the purchase and consumption of food. Women are urged to deploy the same qualities of self-restraint and discipline in abstaining from halal-certified food as those needed for any other dietary regime — and are tantalised by the possibility that they may reap a similar reward as a side-effect.

A “humourous” post circulated on the Boycott Halal in Australia Facebook page and other anti-halal-certification websites showed a slender female torso encircled by a tape measure, under the slogan “I LOST 4 KILO’S [sic] by saying NO To halal certified foods. Boycott Halal in Australia and watch the kilo’s [sic] come off.” And some of the apparently female participants in anti-halal discussions on social media claim to have achieved gratifying levels of weight loss by eliminating this ideologically tainted food from their diets. Like the diets promoted by the weight-loss industry, boycotting halal-certified products has made them more mindful of their food consumption, reduced their intake of off-limits and “suspect” processed food, and increased their intake of fresh, non-halal and incidentally healthier food. Some testimonials:

“A new trend? The HCF DIET –
HCF = Halal Certified Free!
So many of us have seen the kilos come off since we have not bought halal certified products — BOYCOTT HALAL!”

“Since starting my HCF diet (halal certified free) 2 months ago I have lost 11 kg. I know[sic] fit into these jeans I couldn’t even pull over my hips let alone button up.”

“Amazing how better quality food when you don’t buy the mass produced food from supermarkets. Found some great local products non-halal certified. Thanks for the push to really have a good look at what we are eating.  (Boycott Halal in Australia)”

Abstaining from the consumption of halal-certified food, then, allows women to attain the ideal of a pure, slender body, untainted by the corruption of foreign signifiers. And it may also grant admittance to the corridors of power — or at least to their outer rim. Kiralee Smith presented a paper on halal certification at the New South Wales state Parliament at the invitation of Fred Nile. Her supporters urge her to stand for Parliament herself — a suggestion that she may yet decide to follow. If and when she does so, she will join the growing international cohort of Islamist women who have risen to power by proclaiming themselves guardians of the home front. It’s not an analogy that she’s likely to enjoy. 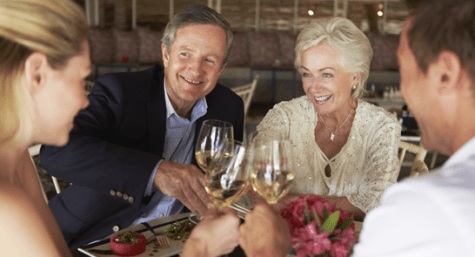 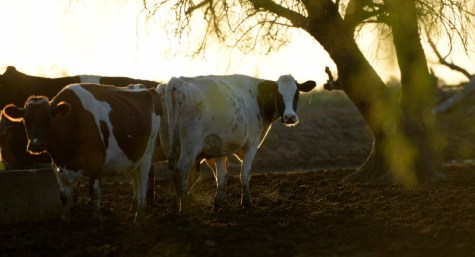 I can imagine a group of dark, bearded men gathered in a cave somewhere discussing how they can raise funds for their next weekend jihad adventure with the boys.

“Ah Achmed I have an idea! We can launch a super-secret campaign to raise funds by putting many articles in plain sight in supermarket shelves throughout Australia. ASIO will NEVER think to look there!”

Thank goodness we have the brains trust in Canberra to protect us!

On the other hand, if ASIO and all the other spook societies are so bloody useless that they can’t uncover a terrorist plot they encounter each time they go through a supermarket check-out then I reckon we’ve been robbed. I want our annual several billion dollars tax investment back, please.

Some of the members of Parliament who have this anti-halal bee in their bonnet represent big food producing rural constituencies which would suffer if the anti-halal crusade succeeded. Halal certified products are mostly labelled as such for export purposes and the absence of halal certification would reduce and in some cases abolish the export market.

And I thought April first was yesterday. These anti Halal people are ignorant nutters.

I’m sick to death of these ignorant twits. I reckon they all share one brain cell hence their monomania over Islam.

Can you get HCF pork chops?