Razer: rape jokes per se are not offensive, but bad comedy is

The comedian and the audience must allow themselves freedom from the orthodoxies of the everyday. 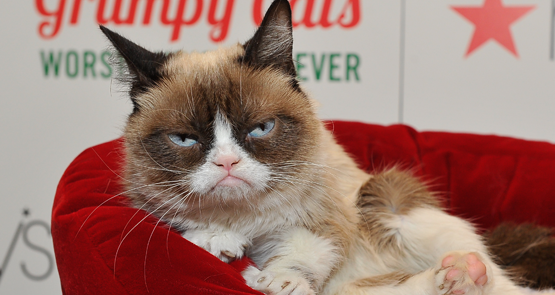 The nation’s foremost comedy festival is begun, and with it, nights of sanguine dreams, days of awful hangovers and status updates full of indignation. Sure as April in Melbourne brings us an overture to flu season, it will give us cause for complaint about “offensive” comedy as the virus of outrage claims our citizens who, it seems, are losing their immunity to the healthy challenge and creation of the joke.

And no. This would not be a reproach solely to those who take offence. It is a warning to those who so clumsily provoke it. All of you. You are all idiots, and you are all killing comedy. Why must you ruin my festival?

In recent years, it was US comedian Tracy Morgan whose stand-up show incited, as the Herald Sun had it, “debate” after an interlude of sexism. This year, a more obscure comedian has shot to dubious celebrity with a joke with rape as its subject.

Last week, Ray Badran was just another comic of modest talent and repute. This week, he finds himself, and probably not without pleasure or intent, at the centre of what some journalists identify as “debate” but could be more accurately characterised as “a fucking painful bore”. A brawl that has to one side a crude defence of freedom of expression and to another a naive urge to protect vulnerable citizens from the memory of trauma is not new and it is not interesting and, even if it were new and interesting to some, will never be productive. It’s just a stoush whose participants, whatever their view, miss the point of comedy.

At a low-cost showcase night that occurred, as some do, within the timeframe of the comedy festival but without its endorsement, Badran told an unremarkable and, by many accounts, not particularly extreme (or funny) joke about rape. Audience member Cecelia Devlin, having heard other routines that referenced domestic violence that night, had a gutful and decided to slide to the floor in what she called a “silent protest” but what would, more conventionally, be known as a heckle. Badran responded with the implication that Devlin was likely a previous victim of rape and conveying the hope that she “die”. No, it’s not nice. But nor is it, in my view as a frequent patron of comedy and an occasional heckler of sexist unfunny dicks, worthy of report.

Comedians often tell jokes that fall flat, and audience members sometimes give them what-for. I have myself offered “You can’t rape with a Tic Tac, mate” and the more traditional “Get off” in a variety of venues. I was no more proud of my gaucherie than Badran should be of his, but such interactions, for all their crassness, between comic and audience is part of the deal in the dark.

To illuminate this exchange and to take to news media with an account is not to meaningfully fight sexism but to shine a profoundly artificial light on it. What happened here is what, I hope, will happen dozens of times a night at the Melbourne Comedy Festival: a comedian told a bad joke, a patron responded negatively. This is not to say that comedy is an art form that magically exists beyond the parameters of the sexist real. It is to say, however, that art cannot unfold in the “safe space” increasingly expected by some of its newer patrons.

One can organise or attend a “safe” comedic event in which certain topics or phrases have their absence guaranteed. I would not expect to laugh within such parameters any more than I would at one of the “clean comedy” bills that have in recent years arisen. I hope, like most comedy fans do, to laugh by taking a risk and locking myself in a small dark room with a stranger for an hour. I cannot expect to be “supported” or “safe” in this environment any more than the performer can expect my uncritical applause.

But, this “debate” seems, in both its brutally simple iterations, to demand such a deadening contract. Comedians, in the case of the Badran conversation, expect no challenge from orthodox feminism, and orthodox feminism expects no challenge from comedians. They both want “safe spaces” and to wipe the challenge of comedy out. Effectively, both parties object to a critical or performance culture where contest from either side is possible. In the Badran case, many feminists are not content with their right to heckle and many comedians are not content to be heckled. One wonders why such people are attending or creating comedy.

Just as some young and naive women demand that sexist comics be protested as agents of “hate speech”, some young and naive men demand that these critics be “called out” as advocates for censorship. In 2012, a “comedy” “debate” was planned in a Melbourne pub where all-male teams would argue the proposition “There’s Nothing Funny About Rape”. This response to an online complaint by an audience member at a show by the notoriously average Daniel Tosh set the tone for local conversation. Shitty little white male brats of limited skill and Facebook followers said the feminists should shut up. The feminists said that they should shut up. If both had been victorious, frankly, this would have been a better comedy festival.

Objections, as they now routinely unfold, to a sexist man of limited talent do not “spark debate” so much as they douse it in the stench of century-old cold sick. On one hand, we have the urges of the Christian Women’s Temperance Union to clean up a culture of violence. On the other, we have bawdy Vaudevillians who see the production of filth as essential. While both groups have noble ambitions and both groups are quite right in the fight against particular damaging orthodoxies — patriarchy and censorship — they both fail to get the purpose of a joke. Which is, whatever its subject, to go beyond everyday conventions of discourse — even the good ones like the desire to smash the patriarchy — and make us laugh at our illogic.

To state the evident, rape jokes can be funny. Even when told by men. Doug Stanhope tells a monumentally offensive cracker here; it comes with bonus reference to homosexuality, race and cancer. Despite Sarah Silverman’s marvellous, and feminist-endorsed, routine on the faux-edginess of rape jokes, she has made a few rippers herself. In her special Jesus is Magic, she delivered the mighty line, “I was raped by a doctor … which is so bittersweet for a Jewish girl”. In The Aristocrats she is foul, and funny, on the topic of sexual abuse almost beyond belief.

Such material, which is among the best Western comedy can provide, does not emerge in a “safe space” and it is this implausible site beyond offence and reproach that both sides on this debate are imagining. Such material cannot be encouraged by an audience that confuses its active right to heckle with the “right” not to be offended. Likewise, it is effectively opposed by those deluded champions of “anti-censorship” who confuse a heckle for state-endorsed sanctions.

The comedian and the audience must allow themselves freedom from the orthodoxies of the everyday. If we are to have Stanhopes or Silvermans and the thrilling laughter such people provide, we must all be prepared to take a risk. This goes for the tedious Badrans as much as it does tedious young feminists. If we all insist on sticking within the limits of real life, we can never inhabit the limitless possibilities of art.

Hold the applause: why one topic is not fit for comedy