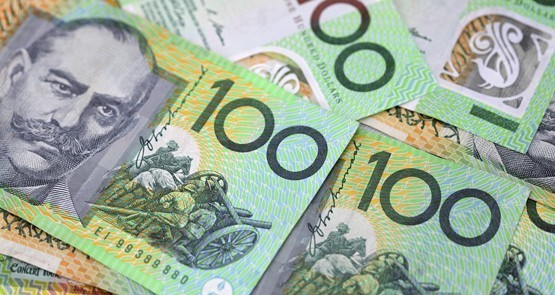 “The TPP has developed in secret an unaccountable supranational court for multinationals to sue states. This system is a challenge to parliamentary and judicial sovereignty. Similar tribunals have already been shown to chill the adoption of sane environmental protection, public health and public transport policies.”

The story was discussed in Australia in the Fairfax papers.

The leaked text reveals the ulterior purposes behind the shadowy TPP, parts of which have already been released by WikiLeaks. The investment chapter serves to boost the corporate rights and powers of multinational companies with an investor-state dispute settlement mechanism — at the expense of democratic governments and domestic courts. The leaked text shows that this agreement is more about corporate power than “free trade”. Investor-state dispute settlement is really a form of corporate sovereignty. Investor clauses will be able to be used as Trojan Horse clauses against a wide range of government regulation — including public health, access to medicines, tobacco control, labour rights, environmental regulation and climate action.

The latest leak will further galvanise resistance and opposition to the fast-tracking of this mega trade deal. Members of the US Congress like Senator Elizabeth Warren have demanded that the investment chapter be dropped altogether. Warren said: “If a final TPP agreement includes Investor-State Dispute Settlement, the only winners will be multinational corporations.” A significant number of members of the United States Congress have refused to fast-track the TPP because of such concerns about the impact of the deal upon democratic law-making.

The WikiLeaks publication reveals Australia’s bargaining strategy for investor-state dispute settlement. Footnote 29 says: “Notwithstanding any provision of this Agreement, Australia does not consent to the submission of a claim to arbitration under this Section.” However, it notes this footnote can be deleted subject to certain conditions. It would seem that the Australian government is only willing to sign up to an investor-state dispute settlement scheme if it can obtain other benefits in the negotiations over the TPP.

In its public rhetoric, the Coalition government has maintained that the TPP has safeguards for public health, the environment and safety, with Robb fobbing off criticism as being merely scaremongering on 7.30. The WikiLeaks’ publication reveals the weaknesses in respect of such promises. Public Citizen commented: “There are no new safeguards that limit ISDS tribunals’ discretion to create ever-expanding interpretations of governments’ obligations to foreign investors and order compensation on that basis.” Lori Wallach and Ben Beachey commented: “The TPP provision on environmental, health and other regulatory objectives is meaningless.”

Moreover, there are further qualifications and exclusions in the annex of the investment chapter of the TPP. Australia — as well as Canada, Mexico and New Zealand — has also sought to protect its rules in respect of Australia’s foreign investment policy. For Australia, the text has said that the following measures would not be subject to the investment chapter: the Pharmaceutical Benefits Scheme; Medicare; Therapeutic Goods Administration; and the Office of the Gene Technology Regulator. Canada has sought to protect cultural industries, but Australia did not have any similar reservations.

The Australian Labor Party has not responded to the publication of the investment chapter of the TPP, and there is much internal debate within the party over trade matters. Under the Gillard-Rudd governments the ALP’s position was that investor-state dispute settlement was unacceptable, but Labor was willing to provide support for the Korea-Australia Free Trade Agreement, even though the deal contained an investor clause.

Senator Peter Whish-Wilson of the Australian Greens emphasised that the WikiLeaks publication reinforced his call for a prohibition on investor clauses in trade and investment agreements. He said such clauses “represent a clear threat to the sovereignty of our nation, simply in order to satisfy powerful corporate interests and their deregulation agendas”.

In addition to political concerns about investor-state dispute settlement, there has also been much disquiet from the judiciary. Chief Justice Robert French of the High Court of Australia has expressed his concerns that the “judiciary, as the third branch of government in Australia, has not had any significant collective input into the formulation of ISDS clauses in relation to their possible effects upon the authority and finality of decisions of Australian domestic courts”.

Will the TPP destroy our healthcare system?

Thanks for being one of the few publications to provide coverage on this deeply unsettling issue, Crikey.

As much as I find these ISDS clauses sinister, the secrecy surrounding the TPP is understandable (though not the media lethargy on reporting on it). To know these clauses is to dislike them. Lefties and righties alike would be up in arms if they were front page news: lefties at the hollowing out of regulatory standards that is sure to follow litigious US companies through the door, and righties (one would hope) for the deep damage these clauses have the potential to inflict on the integrity of our judicial system, and our freedom to regulate as we please.

These clauses were supposed to provide protection for companies operating in dodgy jurisdictions. Now they are more often than not a means of circumventing regulation even in places where domestic courts are perfectly capable of arbitrating fairly. Canada has had an unhappy and very expensive time with these clauses as a result of the NAFTA. Australia is getting sued by Phillip Morris for the plain packaging business. Germany is being pursued by a Swedish power company for banning nuclear power after the Fukushima disaster. El Salvador is being taken to the cleaners by a Canadian gold mining company for daring to declare a moratorium on mining licences.

Companies have pushed ISDS clauses well beyond their original remit and my money’s on Australia getting intimately acquainted with shady international arbitration tribunals in the not too distant future.

“The investment chapter serves to boost the corporate rights and powers of multinational companies with an investor-state dispute settlement mechanism — at the expense of democratic governments and domestic courts.”

Oh come on. It’s just providing protection to the foreign investor that they will be treated the same as a domestic investor…and you know, its less about Australia and more about those countries that don’t have a good track record of the rule of law. That is why we didn’t need investor protection with Japan, but we definitely needed one with China.
No one will invest in countries like Vietnam, Peru, Chile or Mexico without the protections the TPP will offer with these investment clauses. Its for the rich countries, like the US, Australia, Japan and Canada to ensure that the money that is invested isn’t just pocketed by the governments of those smaller nations facilitated by a compliant judiciary.

What are you talking about, Scott? It gives them much more ‘protection’ as you euphemistically put it. As I understand it, Philip Morris went through the courts in Australia to the High Court, before it did its corporate restructure to suddenly be a Hong Kong company to try on the ISDS rort.

No domestic company has the extra step to try to trump the High Court by shadowy tribunal, hence the deliberate shift to being a selected foreign company by Philip Morris. You might read the last paragraph again.

That plain packaging is lawful, constitutional, for good motives (public health) and effective is irrelevant. That is the danger.

ISDS is pointless for us, even if the old excuse applies somewhere or other. It is only damaging. And you are bit naive to imply there is no corporate bastardry out there (not only tobacco firms), nor full intent by the USA in pushing this because they will benefit most at the expense of others.

You might be surprised to know that there is lots of foreign investment in Vietnam, say. It is rising fast too.

Thankfully its getting traction after last nights Lateline.

The debate was very amusing with Alan Oxley. What a waste of time that guy was. Most ugly type of corporate PR shill. Just spent the whole time to downplay any issues with it. Has he even seen it ? Apparently has a history of PRing for the worst of the worst:

You missed the larger issue. You are aware that the Australian government is currently being taken to Court in Hong Kong (of all places) because of our plain paper packaging laws under similar agreements ?

That is the exact problem with the TPP as it stands. It actually gives corporations (mostly American) the power to take on larger countries like Australia and Canada. If you think we’re swimming with the big boys you’re out of your mind. We are the target. This is just a way for the US to standardize global laws for their own interest. Not ours.

“Senator Peter Whish-Wilson of the Australian Greens emphasised that the WikiLeaks publication reinforced his call for a prohibition on investor clauses in trade and investment agreements. He said such clauses “represent a clear threat to the sovereignty of our nation, simply in order to satisfy powerful corporate interests and their deregulation agendas”.

That says it in a nutshell. This is one of the most insidiously dangerous treaties that Australia is involved in. It is no wonder that the government has been operating in extreme secrecy, and the woeful media have let them get away with it for too long.