While the Harper review is valuable, we already know what we need to do about competition in Australia, and we're not doing it, Bernard Keane and Glenn Dyer write. 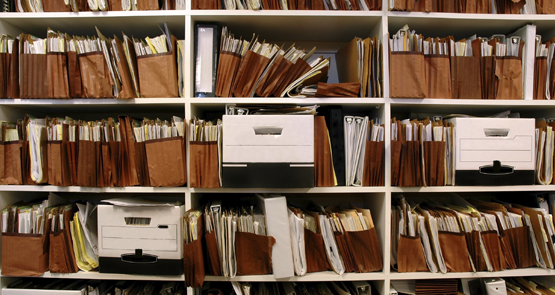 Well, stick the Harper competition review on the shelf alongside all the other reports and reviews already written under this government, underneath the shelf with all the reports and reviews compiled under the previous government, in the bookcase piled with reports over recent decades recommending micro-economic reforms. It’s not that Professor Ian Harper hasn’t done a good job of identifying opportunities for significant benefits in removing the remaining rules that enable remaining oligopolies, monopolies and unofficial cartels in Australia. It’s just that he hasn’t told us anything about competition we don’t already know.

One of the great under-discussed but persistent problems in the Australian economy is that, because of the relatively small size of our domestic market, we’re predisposed to oligopolies and duopolies in key industries. The media, groceries and financial services (which would be even more concentrated except for the four-pillar rule) are all examples of how we can’t sustain strongly competitive industries. It breeds lazy business executives who use their market power to gouge customers and suppliers — and whine when structural changes like the internet deliver competition from outside the domestic market.

For a long time, we relied on what used to be called the Trade Practices Act (now annoyingly called the Competition and Consumer Act) to deal with this inherent trait. But the TPA/CCA was always about preventing further erosion of competition, not enabling more competition. And competition policy — the proper construction of which began under Paul Keating with the Hilmer Report — wasn’t focused on enabling more private sector competition either — it was mainly about forcing governments to outsource, open their activities up to competition, operate on a commercial basis and stop government agencies competing with the private sector. The main area where competition policy applied to the private sector was in establishing rules for getting access to monopoly infrastructure — an arcane and convoluted issue with an equally complex process that Harper recommends be overhauled.

In the meantime, many rorts and gouging that are actually sanctioned by governments have continued, because the remaining protected sectors scare politicians too much. Some of the newspaper commentary today speaks of the Commonwealth encouraging the states to deliver reform, but it has more than enough work to do to itself. Maybe, maybe, this government will do what the Rudd government wasn’t able to do and dump parallel import restrictions on books, but it’s a bit late given the book retail industry has been smashed by the internet already. Hopefully, it will take on the Maritime Union of Australia to deregulate coastal shipping (another Labor failure). But don’t hold your breath waiting for it to open up Australia’s aviation market to all comers, or to take on one of the biggest anti-competitive rorts in Australia: restrictions in retail pharmacy. The Coalition is always happy to take on the unions — but take on entrenched supporters in business and damage donation income and re-election chances? No chance. Even when the Howard government had control of the Senate from 2005 to 2007, it preferred to go after the unions and the ALP with WorkChoices rather than tackle competition issues.

And if the government does get through that to-do list, only then will the Commonwealth be in a position to lecture the states about ending the rort that, until the arrival of Uber, gave urban Australians a dud, expensive taxi industry. Perhaps some in the Coalition can lecture those on their own side of politics. Take a look at New South Wales and the central issue in last weekend’s election — the “sale” of the electricity poles and wires. The Nationals Party managed to excise the regional electricity distributor, Essential Energy out of the privatisation process, not for economic reasons, but solely for political considerations, because they didn’t think they could explain it to regional voters. Premier Mike Baird agreed to this to get his Coalition partner on board the privatisation process, despite the fact that the omission will hurt the state and consumers.

Then there’s road pricing, one of the easiest and most effective economic reforms state governments could undertake to deal with congestion, which costs Australians over $10 billion a year. Road pricing as a theory has been around for decades, but over the last decade, the technology to do it hasn’t merely been developed, it’s been rolled out in Brisbane, Sydney and Melbourne on toll roads. Implementation would now be relatively simple. But, again, don’t hold your breath. Even federal Transport Minister Warren Truss — who doesn’t even have any roads that he could charge for — was backing away from the idea yesterday. Truss acknowledged there was a “sound economic rationale” for congestion pricing but that there were “complex issues” around it, including “privacy”.

Get that, folks — the government that has just imposed the biggest mass surveillance scheme in Australian history on its own citizens suddenly cites privacy as a reason not to do something. Oh, and by the way, the last time congestion pricing was vaguely mentioned at the Commonwealth level — as an idea in a Tax Forum discussion paper — The Daily Telegraph went berserk with a rant about Labor, the Greens and the independents imposing taxes on motorists. Now that congestion pricing has been recommended to a Coalition government and endorsed in-principle by the federal Transport minister, reckon the Tele went feral again? Or even mentioned it? You know the answer.

The most telling point about the Harper review is the seniority of the minister given carriage of the proposal — Small Business Minister Bruce Billson. Billson is a nice bloke and well regarded within the small business sector, but he’s a junior minister without the clout to take on more senior members of cabinet. And there’s a further “white paper” to watch — the one on agriculture being prepared by Barnaby Joyce, which, from media reports, sounds like it will be a grab-bag of every idiotic idea the Nationals can come up with, including a big run at the power of supermarkets (which Ian Harper thought he had covered off in his final report) and their dealings with agricultural suppliers (which advantage consumers but upset the Nats’ core constituency).

Finally, where was the Harper review on the biggest question for the digital world he wants to prepare us for? The world of geoblocking of internet services and goods, and the geoblocking of prices by companies such as Apple (which in turn ties into the tax avoidance questions in Monday’s tax review). Harper and his fellow panellists specifically recommend against any measures to address why the iPhone 6 starts at US$199 in the Apple store in the US but costs A$999 here, or why Australian businesses and consumers pay more for software, iTunes downloads and other streaming services? Harper acknowledges the digital commercial world we’ve entered — something previous competition reports haven’t had to address — but seems to think it’s all too hard to end a huge abuse of market power perpetrated on Australians. It’s a significant blemish on an otherwise sensible report.

No question Australians are being rorted by Apple and all – but you can’t compare the US $199 (which is the price when entering a two year contract with a phone provider) with the AU $999 (being the cost of buying the phone outright). Outright pricing in the US is still lower, but nothing like $199.

Bernard get something straight mate, The Australian Coastal Shipping has been deregulated its more than that, there are hardly any Aust owned or Manned Vessels operating on our coast,FOC Ships manned by Cheap Foreign Labor Seafarers have a monopoly on Aust’s Coastal Shipping Trade

GET YOUR FACTS RIGHT

Australian Citizens should be manning these vessels, they operate in Australian Territorial Waters

Well said cairns50! I agree with you re seamen and women being paid Australian rates in our waters.

Correct me if Ian wrong, but when they were in opposition didn’t the Liberals attack Kevin Rudd because he “hit the ground reviewing”? Or is it different if they do it?