Politicians concerned about their metadata being collected will be protected inside Parliament House following complaints to the powerful intelligence committee. 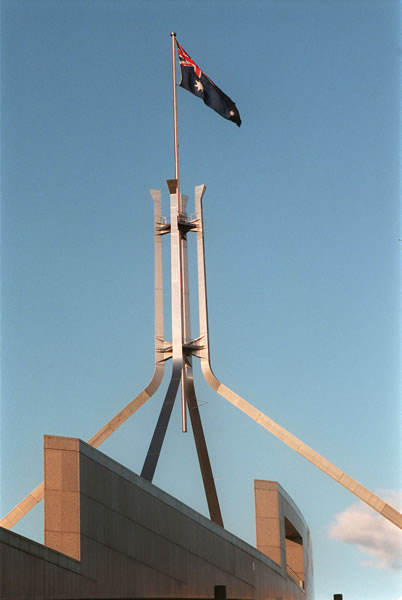 After requests from all the major parties and several crossbench senators, metadata generated by politicians’ communications will not be collected inside Parliament House in Canberra — but agencies are concerned that the exemption will be exploited by criminals.

An in-camera meeting of the high-powered Joint Committee on Intelligence and Security last week agreed to task the Department of Defence’s signals intelligence arm, the Australian Signals Directorate, and the new Australian Cyber Security Centre with ensuring politicians’ metadata is not captured by the government’s new data retention regime while they are at work in Canberra.

Crikey understands that Liberal, Labor and Nationals politicians approached colleagues on the committee after the recent passage of the data retention legislation to express concern about their personal data being collected. A committee member told Crikey “they weren’t so much concerned about being tracked during their daily movements but more concerned that, given Parliament House is supposed to be the centre of Australian democracy, they shouldn’t be, you know, tracked while at work there”. The Greens and crossbench senators were then approached, and expressed similar concerns to the committee. “Obviously a few of them are outright opposed to data retention anyway, but we asked them,” the member said.

A preliminary briefing from security officials to JCIS identified two options for ensuring politicians’ metadata was “scrubbed” from data retention systems that will need to be established as a result of the legislation. An expensive “manual” option — dubbed “handwashing” — would involve officials personally identifying and deleting the metadata of politicians, staffers and, perhaps, senior public servants. However, ASD proposed a far cheaper system that would automatically delete metadata from communications as it was generated in Parliament House itself.

“They weren’t so much concerned about being tracked during their daily movements but more concerned that, given Parliament House is supposed to be the centre of Australian democracy, they shouldn’t be, you know, tracked while at work there”.

ASD flagged that, while preferable, this would also remove the metadata of journalists, Parliament House staff and other people who work in Parliament House, as well as the approximately 680,000 visitors who enter the building annually: “This will create the possibility that persons intent on unlawful activity in any number of areas could undertake planning and preparation of criminal and/or terrorist activities while in Parliament House with no electronic record being available.”

At least one committee member also expressed concern that such a system might look like politicians “seeking special treatment”. It is understood another member pointed out that the media had already demanded and received special consideration under the legislation. “They’re in no position to criticise,” he said.

ASD said that the system would need to be located at a significant height to generate a field that would cover the entire Parliament House precinct, suggesting the flagpole that sits astride Parliament as an ideal location. “The proposed location affords 360-degree coverage while at a height sufficient to minimise any potential electromagnetic risk to building occupants from the scrubbing field.”

The proposal will now go to the Prime Minister’s Office for approval in the 2015 budget process, with the “communications annulment tool (generator in flagpole)” system expected to be operational by April 1, 2016.

How about providing politicians with encrypted phones?

Yes well they would seek special provisions for themselves wouldn’t they, the public getting to know just how cosy they are with big business contacts and their proxy’s on a regular basis would make it all to obvious what the peoples advocates are all about.

Or should that be cat.gif

Alas, the flagpole probably would be the best location for the emitter of an EMP field over parliament house.

Pity the reproductive organs of any who work in it however.