The probability of a cockpit medical emergency is much higher than an attempt by terrorists to storm a cockpit. 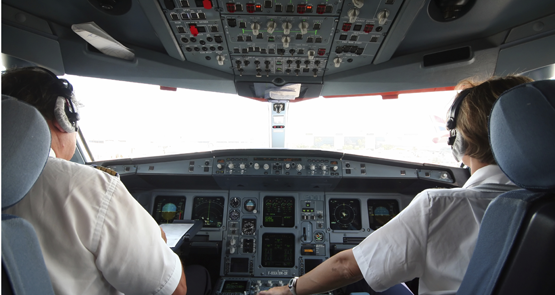 Safety authorities in Australia will monitor the adoption of the two-persons-in-cockpits-at-all-times rule, as Deputy Prime Minister Warren Truss announced yesterday.

But pilots are questioning the changes, which apply to Australian licensed airliners equipped with at least 50 passenger seats. The statements made by the major pilot associations were cautious, measured and anything but enthusiastic last week when the government announced that the cockpit-management rules in larger airlines would be reviewed in the aftermath of the Germanwings disaster, which killed all 150 people on board one of that carrier’s A320s in the southern French Alps last week.

Truss said the rule changes would be in effect within hours. If a pilot needed to leave the cockpit during a flight, a flight attendant would occupy a jump seat in the cockpit until the original pilot returned.

Before last week’s crash, the two-people-in-a-cockpit rule was designed to deal with medical emergencies, not terrorism. That rationale has been largely overlooked in discussions of the aftermath of this week’s Germanwings crash in France, which is now a criminal, rather than technical, investigation.

Although the rules arose and were mandated in the US in response to 9/11, the concern uppermost in their adoption was the situation where one pilot left his or her seat for a toilet break but couldn’t rapidly regain entry because, during that short absence, the remaining pilot suffered a heart attack and was incapable of opening to the door. (There are ways around this, but they take time — more time than the Germanwings flight had, for example, during the minutes that its captain was locked out of the cockpit by the co-pilot that deliberately flew it into a high-speed descent to its doom.)

A pilot who pitched forwards or thrashed about in cardiac pain or suffered a stroke could cause a severe control crisis unintentionally. The pilot outside the secured door would need rapid access to bring the flight back under control.

The probability of a cockpit medical emergency was rated as higher than an attempt by terrorists to storm a cockpit, given the certainty in post-9/11 airliners that terrorists wouldn’t succeed in forcing the door.

In that scenario, a cabin attendant seated in the jump seat could guarantee that there wouldn’t be any delay in the other pilot getting to the controls and dealing with the situation, which would include landing at the first available airport after almost certainly being given air-traffic control priority and having medical and emergency services ready and waiting.

There have been few high-profile attempts to storm cockpits since 9/11,  although in this country a religious nutcase did attack flight attendants on a Qantaslink 717 flying between Melbourne and Launceston in May 2003. He wanted the jet flown into the Walls of Jerusalem in a Tasmanian national park to kill Satan, who would be found beside a lake near that escarpment disguised as a woman in a red dress.

Since then, there have been a small number of pilots who have been medically incapacitated in Australian skies, most of them on private or light aircraft. A few incidents involving larger jets have related to fumes in the cabin, where more injuries have been reported by passengers and flight attendants than on the flight deck.

On incident tracking sites, led by the Aviation Herald, about 1% of the reported airliner turnbacks or emergency landings are caused by pilot health issues, as sampled on a weekly or monthly basis. That compares with zero terrorist attacks on the same quick-look basis.

This isn’t about silly distractions like “will it mean flight attendants take the controls?”, as some media discussions have claimed.

It is an open-and-shut case of common sense, a case of ensuring that the cockpit door is opened within seconds of such an emergency arising.