The internal workings of SBS have been aired to all and sundry in the media recently -- and SBS management is considering launching an investigation to hunt down the leaker. 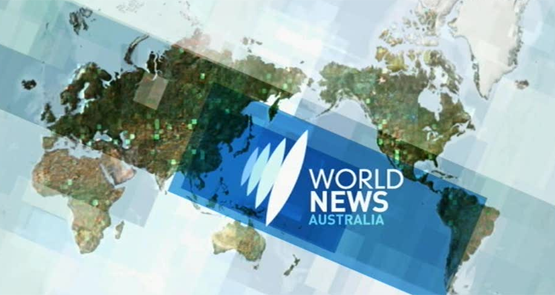 Staff at SBS’ sports division were hauled into meetings on March 20 and warned there would be an investigation if any more leaks about the broadcaster came out.

The meetings were in response to Fairfax revelations that SBS had been in talks with commercial broadcasters about on-selling its soccer rights.

At a meeting on March 19, SBS staffers quizzed SBS chief content officer Helen Kellie on whether Fairfax’s reports were true, but Kellie wouldn’t be drawn on the issue. The following day, when details of that meeting appeared in Fairfax papers, staff were again called into a meeting. It was far more heated this time, with Kellie saying she would be forced to launch an investigation should any more leaks occur. The suggestion wasn’t taken well by SBS staff, who argued that SBS management should be more transparent if they didn’t want leaks.

SBS has form on this. When details of a reduction in Dateline‘s budget were revealed in Crikey by supervising producer Allan Hogan last year, staff were hauled into a meeting with news and current affairs chief Jim Carroll. They were told Hogan’s piece had been an act of extreme disloyalty, were asked whether any of them agreed with his criticisms, and were told their employment with the program would be contingent upon loyalty to the new direction. Most staff did not have their contracts renewed when the program was later cut to half an hour a few days later.

Tensions within SBS are likely to escalate further, after an email written by SBS World News executive producer Andrew Clark was leaked yesterday to The Guardian media columnist Amanda Meade. The email detailed a strategy to keep viewers tuned to the second half of World News, as the program experiences a drop in viewership at 7pm once the ABC’s bulletin starts. Clark wrote:

“The switch over to the ABC would imply we are mainly losing the older viewers at that time. Running stories such as Ukraine, Ebola (stories which may have seen incremental movement day-to-day) are more vulnerable to turn-off between 1855 and 1905. The focus group research showing Middle East, indigenous, asylum yarns are of less interest to viewers would also indicate moving them out of that time period.”

In the lead-up to 7pm, he suggested “quirky” stories would help keep viewers tuned in.

SBS responded to suggestions this was dumbing down the news by saying the email was about story placement, not what stories get run at all.

These figures would presumably become even more important if a proposal to allow SBS to air more ads in prime time passes the Senate. SBS’ ability to monetise the increase will depend on it achieving good ratings in prime time.

‘A broad, general channel’: is SBS ignoring its charter?

If SBS News started at 6pm, then I would get to watch it all before I tuned into ABC News. If they decide to focus on quirky stories then I wouldn’t bother watching it at all, may as well watch A Current Affairs

the only TV news with news worth watching.

Change it and I won’t watch at all!

If one started a list of stories the msm won’t cover then it would be a very long list indeed. In this they are often aided and abetted by the so-called alternative media. Australia has to be one of the worst served people in the world when it comes to news coverage. Fortunately the internet allows those of us interested in what is happening in the world outside the parochial focus here to watch and/or listen to quality broadcasting. How long we will be allowed to do that is a moot point.

SBS news has always provided a potential juxtaposition in all things news worthy. An accidental pillar in the integrity of news in his country.
Now that it’s been suddenly attacked by “Others”, is not surprising…?

The appointment of the current head of SBS, deemed to be inexplicable in the Senate Committee last week, now seems to make more sense, like Jonathan Shyster’s appointment to ABC by the Rodent. Mission – Destroy!