Mayne: revealing the top listed chairs who were rushed into the job

The Australian Shareholders' Association recommends someone be on a board for three to four years before nailing the top spot, but here are some chairs who got their feet under the desk quick smart. 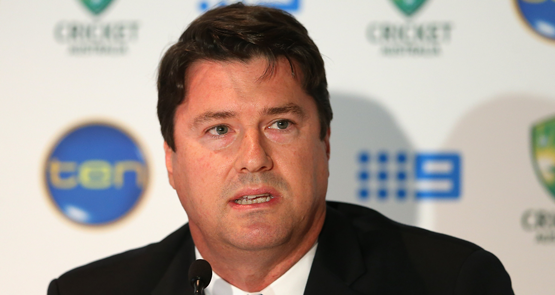 Further to Friday’s piece about Fairfax Media delaying the appointment of new chairman Nick Falloon until just five months before he replaced incumbent Roger Corbett, Crikey has now crunched the numbers on chairman apprenticeships at major ASX-listed companies. And it seems quick  successions are surprisingly common.

Australian Shareholders’ Association policy states that a chairman should serve at least one year on the board before stepping up, but here are 14 prominent examples of when that didn’t happen.

David Jones, immediate: Gordon Cairns was announced as a new director and was instantly appointed chairman on March 10, 2014, with incumbent Peter Mason departing on the same day.

Asciano, one month: Malcolm Broomhead was appointed to the board in September 2009 and replaced Tim Poole as chairman within one month.

Myer, two months: Paul McClintock was appointed to the board in August 2013, and had replaced Howard McDonald as chairman by October.

Rio Tinto, two months: announced in January 2009 that Jim Leng would join the board and replace Paul Skinner as chairman in March that year. However, he only lasted one meeting.

OZ Minerals, two months: Neil Hamilton joined the board in February 2010 and was chairman within two months.

Arrium, three months: After Peter Smedley stayed way too long, his successor, Jerry Maycock, joined the board in August 2014 and was chairman just three months later.

Aristocrat Leisure, three months: Dr Ian Blackburne was finally cleared by the regulators to join the board in September 2010 and succeeded David Simpson in December 2010.

Qantas, three months: Leigh Clifford was appointed as a director in August 2007, and had succeeded chair Margaret Jackson by November that year.

Newcrest Mining, four months: Peter Hay joined the board in August 2013 and succeeded Don Mercer as chairman in December that year.

Fairfax Media, five months: Nick Falloon was appointed to the board in March 2015, and is expected to succeed Roger Corbett at the end of August.

Rio Tinto, seven months: current chairman Jan du Plessis joined the board in September 2008 and was appointed chairman in April 2009.

Novion Property Group, seven months: Peter Hay joined the CFS Retail board in July 2014, and by February 2015 he was being announced as the proposed chairman of a combined Novion-Federation Centres.

At the other end of the spectrum, you have the directors who served a very long apprenticeship. Look no further than Kevin McCann at Macquarie Group, who joined the board on listing in December 1996 and took 15 years to finally succeed co-founder David Clarke in 2011.

Ideally, a chairman will have spent three to four years on a board getting up to speed with the issues before taking over, but here are another five examples where the chair made it to the top inside two years:

Ten Network Holdings, 12 months: Hamish McLennan was appointed CEO in March 2013, and then stepped up to be executive chairman in March 2014.

Westpac, 13 months: Leon Davis joined the board in November 1999 and succeeded his old Rio Tinto colleague John Uhrig in December 2000.

Coles Myer, 16 months: Stan Wallis joined the board in March 1996 and succeeded Nobby Clarke as chairman in July 1997.

ASX, 17 months: David Gonski was appointed to the board in May 2007 and replaced Maurice Newman as chairman after the October 2008 AGM.

Santos, 20 months: Peter Coates joined the board in March 2008 and became chairman in December 2009.

* Email Stephen Mayne with any further suggestions as this list will be expanded over time.

Will Kirk’s $4 million farewell be the end of Ron Walker?

Go to ( findmore.website ) and find your supposed single for dating or for relationship whatever you prefer.
No hidden fees or credit card submit just sign up free and have fun tonight.