On multinational tax avoidance, the government white paper is a white flag, proposing a surrender to large corporations. 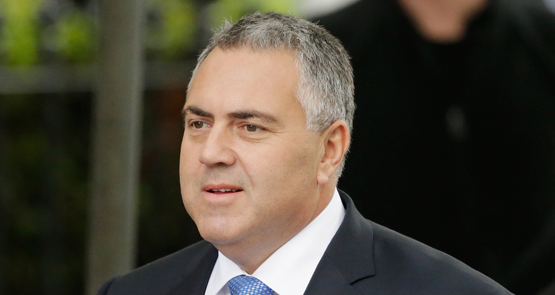 At the core of the government’s tax white paper is a new push for a lower company tax rate, one wholeheartedly backed by Treasury as a panacea for our economic woes — and, amazingly, apparently Treasury’s best idea for how to deal with multinational tax avoidance.

The push for a lower company tax is a staple of big business “reform” campaigns. But now Treasury is driving it. Twice recently, senior Treasury officials have flagged the need for lower company tax. In February, new(ish) Treasury secretary John Fraser complained “our company tax rate is high by international standards. In the context of far more mobile capital, high tax rates are dampening investment and productivity.” And last Thursday, his deputy secretary in charge of Treasury’s revenue group, Rob Heferen, went much further in arguing that lower company tax would boost investment and employment. And not just that. According to Heferen, it would help labour productivity, too.

Heferen was speaking to the Minerals Council of Australia. Whether he was oblivious to, or thought it prudent not to mention, the irony of this isn’t clear. See, it is the Minerals Council that is responsible for Australia having a company tax rate of 30%, rather than 28%, which Wayne Swan and Kevin Rudd sought to reduce it to via the initial version of the mining tax. Putting aside the woeful handling of the mining tax (reflecting Kevin Rudd’s refusal to release the Henry Tax Review until well into an election year), the logic of that shift was impeccable — it was designed to provide a permanent benefit from the mining boom by encouraging investment by the non-mining sector through a lower company tax rate.

The lie-filled Minerals Council campaign against the tax prevented it from happening. But even after the council begrudgingly backed a modified mining tax that paid for a 1%, rather than 2%, cut in the company tax rate, Labor couldn’t get the cut through the Senate. In one of the weirder combination in Australian political history, the Coalition and the Greens combined to block a company tax cut. Why was the party of big business opposed to a company tax cut? They never really explained that, especially given they themselves were notionally committed to a 1.5% company tax cut for Tony Abbott’s paid parental leave plan. Presumably Labor’s company tax cut wasn’t as good as the Coalition’s company tax cut, in some ultra-sublime way that mere mortals couldn’t detect.

Heferen declined to note his host’s role in derailing a 28% company tax rate. Nor did he mention the drivel the Council had produced that very day — yet another report purporting to analyse the tax paid by the mining sector. The estimable Michael West immediately shredded this garbage, and particularly the mining lobby’s go-to lie, that royalties are taxes (and thus, to be used to inflate the sector’s underwhelming tax contribution).

Heferen also mentioned base erosion and profit-shifting (BEPS, better known as tax dodging) by multinational companies, but didn’t go as far as the White Paper itself, which suggests cutting the company tax rate is a fix for that, too. “Lowering our corporate tax rate would also reduce the underlying incentive for companies to engage in profit shifting, debt loading and tax avoidance.”

Is there nothing a company tax cut can’t do? Improve productivity, drive wages growth, lift investment — and fix tax dodging, albeit by simply not bothering to tax the tax dodgers in the first place.

Well, one thing it can’t do is fix the budget, as Heferen admitted. Although, he tries some Laffer Curvonomics to magic away much of the problem, claiming that the benefits to economic growth from a company tax cut would make up “between 45% to 60% of the cost to revenue of a company tax cut”. The real answer on that, however, is found in the white paper, which makes the case for a higher GST, given our rate is low compared to other countries’ consumption tax levels.

Treasury’s Pollyannaish advocacy of a corporate tax cut as an economic panacea is, in effect, the unconditional surrender of Treasury to big companies and particularly multinational tax avoiders. It’s a white flag, rather than a white paper. That the Australian Treasury could seriously suggest that an effective means of dealing with tax dodging is simply to not bother taxing companies in the first place is a low point for a proud institution.

It also places Treasury squarely at odds with voters. Voters want higher company taxes, not lower ones. And they want multinational tax dodging addressed, not in effect formalised by a tax cut. The likes of Rob Heferen and John Fraser will have to work a damn sight harder on their lines if they want to convince voters company tax cuts are good for them. Caving in to multinational tax dodging is exactly the wrong way to go about it. Voters won’t support any company tax cut if they they think the Apples, Googles and News Corps or the world don’t pay the amount they’re supposed to in the first place.

Voters – shmoters, once the TPP is in, the political parties will stop bothering to even pretend there are any voters between them and their corporate masters.

I agree with with Lubo, the media still pretends the Government is at the helm when it never has been, but as already stated below when our quisling leaders (both sides) agree with open arms to this coming TPP (Traitorous Politicians Pact) which they will despite all the media postering, there is no further requirement for them as civil, human and any other rights we wish to mention will be decided behind closed doors anywhere in the world at any-time by our “not quite human” central bankster dictatorship.

Suck it up people no backlash against this is a sign of your acquiescence. This is just the start and you have no idea what is coming.

Some US Dems are objecting to these conditions. Maybe it won’t get up. In some ways even the US have more protections than we have.

Good one klewso. The nexus between company tax cuts and increased demand is never explained by Treasury boffins. Long live the Laffer curve.