In a little over a year, Alan Kohler will have completed his four-year commitment to News Corp. He'll hand over the reins before then, as Business Spectator is absorbed into The Australian. 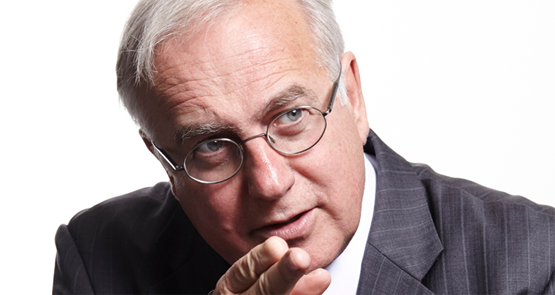 The absorption of Business Spectator into The Australian continues on July 1, with the website’s editorial budget to be formally merged with that of The Australian for the first time.

Speculation at News Corp Southbank, which houses Business Spectator as well as The Australian‘s Melbourne business bureau, is that Australian business editor Eric Johnston would replace Alan Kohler as editor-in-chief of Business Spectator on July 1. But Crikey has been told by a source close to the matter that the leadership transition is unlikely to be this clear-cut. Instead, what will happen on July 1 is the commencement of a transitional period that would presumably end with the handover occurring before July 1, 2016.

In a little over a year from now, Kohler will have completed his four-year commitment to the Oz, which he agrreed to as part of the sale of Business Spectator publisher Australian Independent Business Media to News Corp for $30 million in June 2012. The site’s other marque names are BRW founder and the Fin’s original Chanticleer columnist Robert Gottliebsen, and former Age associate editor Stephen Bartholomeusz. Bartholomeuz’ commitment to News Corp ends at the same time as Kohler’s, while Gottliebsen’s ends a little earlier. All three could sign on with News Corp past the commitments contained in their sale agreement, but as Fairfax, rather than News Corp, was their preferred partner when selling AIBM, it’s certainly possible they could go elsewhere.

Biz Spec‘s absorption into The Australian is seen as inevitable — News Corp has been gradually combining the two businesses since the sale. The first thing to be combined was the ad sales team, followed by the circulation and marketing teams. Former Business Spectator publisher and general manager CEO Nicholas Gray was also absorbed into the mothership in 2013 — his current title is CEO of The Australian.

The final hurdle is editorial, but this has already been occurring on a small scale. Several of Business Spectator’s key writers have been moved onto The Australian either full-time or for specific duties, to help with the expansion of its business coverage through the launch in October of the Australian Business Review. And those who replicated or didn’t fit easily with The Australian’s broader coverage have left the business. Business Spectator’s former Canberra political commentator Rob Burgess left in December — he told Crikey the integration with The Australian was a large factor in this, as there wasn’t a need to retain a separate political correspondent.

In June 2013, a year after being acquired by News Corp, Business Spectator cost the company $2.5 million despite pulling in revenues of $3.4 million, News Corp accounts leaked to Crikey last year showed.

*Disclosure: Crikey chairman Eric Beecher is a former owner and chairman of Australian Independent Business Media, whose stable includes Business Spectator. He sold his stake to News Corp in 2012.

One year on, <em>Eureka Report</em> was no golden goose for News Corp