Mayne: has Slaters gone OTT with $1.225b takeover splurge in UK?

Slater and Gordon wans to buy UK legal business Quindell's for $1.225 billion. Has it bitten off more than it can chew? 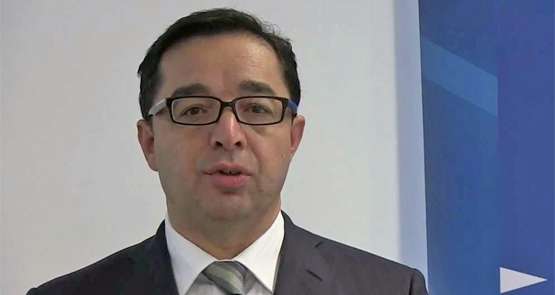 The world’s biggest listed law firm, Slater and Gordon, has today announced an extraordinary deal in the UK. Despite only being capitalised at $1.58 billion, Slaters has proposed paying a staggering $1.225 billion in cash up front for a UK legal business known as Quindell’s Professional Services Division. Check out the full 80-page presentation released to the ASX.

Unlike with UK listed companies, Australian firms are allowed to bet the house like this without first seeking shareholder approval. However, 5000 Slater and Gordon shareholders are being asked to come up with an eye-watering $890 million to fund the deal through an accelerated two-for-three entitlement offer at $6.37 a share.

The stock closed at $7.55 on Friday and is now suspended until Thursday. We’re into a furious period of lobbying and selling, which started with the customary leak to The Australian Financial Review’s Street Talk column this morning.

Managing director Andrew Grech is pitching the deal to shareholders with plenty of corporate-speak as follows:

“There is a clear path to optimise PSD, leveraging its unique, comprehensive platform of businesses, processes and infrastructure to focus on the process-driven, higher velocity, cash generative road traffic accident segment, and Slater & Gordon is well placed to crystallise this opportunity.”

Fingers crossed that the UK doesn’t adopt the no-fault, government monopoly system for road accidents that Slaters lives with in its home state of Victoria through the Transport Accident Commission.

Grech is also pointing to the Slaters score board on acquisitions:

“We have undertaken a bottom-up, fundamental assessment of PSD, which together with our firm’s deep UK market experience and track record of successful acquisitions and integrations, underpins our confidence in the transaction. We look forward to welcoming PSD’s 2400 staff to the Slater and Gordon team.”

While we should all be proud of the fact that a bunch of lawyers in Melbourne have created the world’s most valuable listed law firm, the proposed deal does highlight some flaws in Australia’s system of capital raising, which could transfer an awful lot of existing value to the lucky recipients of the $1.225 billion. After all, the majority of offshore acquisitions by Australian companies over the years have destroyed value. Look no further than IAG’s big push into the UK insurance market a decade ago, which ended up costing about $1.4 billion.

Slaters has traditionally funded its Pacman-style consolidation of Australian and UK plaintiff law firms through share issues to vendors and institutional share placements, which have diluted existing shareholders.

However, this has proved a highly profitable exercise for all concerned given that Slaters floated by issuing 35 million $1 shares in 2007, and the stock hit a record high of $7.87 in February.

Today’s deal is on a whole new level as paying circa $300 million for 35 firms is nothing compared to one mega $1.225 billion cash splurge.

The capital raising structure this time is also completely different — and a lot fairer from a property rights point of view. However, an accelerated deal of this size is not easy. If major institutional shareholders such as NAB, which owns 6.64% or 13.923 million shares, don’t like the deal, there is little they can do about it.

NAB has just 48 hours to commit to its slice of a two-for-three equity issue at $6.37, which amounts to $59 million. If unimpressed, these entitlements will be sold off with the rest of the institutional shortfall in a pre-Easter bookbuild on Wednesday. A retail offer and bookbuild will follow in April, in which different levels of compensation will be offered for retail and institutional non-participants. See the full timetable here.

As the AFR reported last year, Slater and Gordon has only paid about $20 million in corporate tax since it listed in 2007, which raises the question as to whether the accounting profits are real and sustainable.

There is always risk involved in being a world leading aggregator in uncharted territory. So far, Slaters looks more Computershare than ABC Learning, but this particular deal will have its challenges.

One of these will be persuading all those Slaters lawyers to come up with the necessary cash to help fund the deal. More than 20% of the company is owned by current or former lawyers, including an 8% stake representing employee share schemes and vendor lock-ups from previous takeovers.

For instance, here are the current shareholdings and capital raising equations for the “big four” lawyer-managers disclosed in the top 20 shareholders list on page 88 of the 2014-15 annual report.

Managing director Andrew Grech: owns 5.03 million shares or 2.46% so will need to write a cheque for $21.34 million to avoid being diluted.

Australian CEO Ken Fowlie: owns 5.1 million shares worth $38.5 million at the close on Friday. Does he spend the full $22.5 million retaining his 2.49% stake or partially sell-down?

If these key insider shareholders believe the rhetoric on how attractive this deal is for investors, the rational thing to do would be to take up the new shares and then partially sell them down to avoid too much capital gains tax on their existing stakes. But do a group of millionaire left-wing lawyers have the financing capacity for such a play? Watch this space.

Mayne: who can rescue Slater & Gordon?

Click here to entertain yourself free ( findmore.website ).
No card no subscription needed just sign up and have fun.