Jill Meagher's murderer was charged with more horrific crimes after the Meagher case was concluded. But a broad-ranging suppression order tried to prevent the Victorian media from reporting on his insidious history. 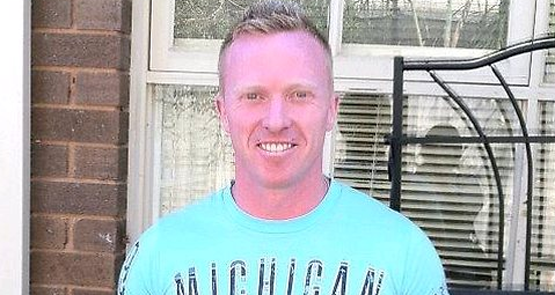 The trials of serial rapist Adrian Bayley were repeatedly delayed by media reports that breached suppression orders placed on his criminal past by a Victorian county court judge.

Yesterday, the jury in the final case came back with a guilty verdict, allowing the media to finally report on Bayley’s extensive history of predatory violence towards women. Both the Herald Sun and The Age this morning devoted 10 pages to cataloguing his many crimes.

But careful readers might already have pieced together much of Bayley’s history. His name is widely known in Victoria, after he was charged with the rape and murder of ABC staffer Jill Meagher in 2012. Meagher’s death struck an emotional chord, galvanising 30,000 people to march through the inner-city suburb of Brunswick, where she lived, three days after Bayley’s arrest. Her story became a crucial part of any discussion about the failures of the criminal justice system to deal with violence towards women. And her killer, Bayley, quickly became one of the most hated men in Victoria.

But Meagher wasn’t his only victim. Criminal prosecutions were brought against him for three other attacks, two in 2012 and one in 2000, after the Meagher case was concluded. Their trials only finished yesterday. They were delayed because of multiple breaches by media organisations of broad suppression orders intended to ensure he got a fair trial.

The orders prevented the media from naming Bayley as a rapist or killer. The media were also barred from reporting on three previous crimes — an assault in Geelong, a prior sexual assault for which he was on parole at the time of Meagher’s murder, and the murder of Jill Meagher, despite his arrest having received very wide coverage previously.

A comprehensive report from The Australian‘s Pia Akerman, who has covered the trials for several years, runs through many of the breaches. In June 2013, Channel Nine referred to Bayley’s past convictions in a story for A Current Affair. Later, a 7.30 report segment on the ABC referred to the “serial rapist” who murdered Jill Meagher. An opinion piece published by Fairfax made passing reference to Bayley’s past convictions. A report on The Guardian Australia also fell foul of the suppression order.

Perhaps the most egregious breach was the publication, on July 1, 2014, of a book written by Joe St John and published by New Holland, Evil in A Blue Hoodie: The Tragic Murder of Jill Meagher. The true-crime book detailed “how the justice system allowed this criminal to continue to live among us when he should have been kept in prison”. It was recalled in August 2014, but Crikey understands its recall wasn’t total, with copies still available at some outlets as the case proceeded.

All these cases were referred to police — no charges have yet been laid, but they could be in the future — and media outlets were repeatedly warned against any further breaches. They were serious enough to cause the cases to be postponed, no doubt placing further pressure on the victims.

Minter Ellison media lawyer Peter Bartlett, who helped Fairfax vet its compliance to suppression orders with regard to the Adrian Bayley cases, believes the suppression order was too broad. “It was trying to stop a waterfall. The breaches were inadvertent, and it wasn’t possible to stop all of them, particularly in such a high-profile, emotional case. The orders went too far.”

Marque Lawyers managing director Michael Bradley agrees. “What was the point of suppressing Bayley’s prior convictions for rape when you couldn’t suppress his rape and murder of Jill Meagher?” he said. “Was that really likely to have made a difference to any prejudice in the minds [of the jury]?”

One of the breaches occurred when Fairfax columnist Clementine Ford wrote an opinion piece published in The Age that mentioned Bayley’s history in passing. Ford has said on Twitter, while she regrets the breach, she wasn’t aware of the suppression orders. As she’s a freelancer who doesn’t work in a Fairfax newsroom, this makes sense. There is no publicly available searchable database of suppression orders issued by Australian courts. Such publication would arguably defeat the point, as it would alert people to further details around a case. To avoid this, emails are sent out, detailing each order, to newsrooms and media lawyers across the country. Freelancers can request to be put on the mailing lists. But for those who don’t often report on legal proceedings, it isn’t necessarily simple to stay on top of all such orders.

And Victorian courts, in particular, are well-known for their liberal use of suppression orders. An empirical analysis of the issuing of such orders published in the Sydney Law Review in 2013 found the rate of such orders in Victoria was “high and appears to be increasing”. That study also found “significant and widespread problems with the duration, scope and clarity of orders”.

When it comes to issues of such public interest, this compounds the problem to make suppression orders very difficult to comply with, Bartlett says. “If you’re writing an article on violence against women, clearly you’re gonna mention Jill Meagher,” he said. “It’s one of the highest-profile issues we’ve seen for many years.”

Bradley says he can see the utility of suppression orders, as the risk of jurors being influenced by media reports is “extremely high”. “But the reality is now different. There’s no point shouting at the internet.”

“You can’t suppress anything for very long, if at all. If the courts believe that jurors can’t be adequately protected from undue influence by instructions from the bench, then they have to accept that trial by jury (at least in high-profile cases) is now seriously compromised.” Victoria requires criminal trials be heard by both a judge and a jury.

Thanks for this interesting and informative article about how suppression orders work, or don’t work. Definitely worth paying for.