While Labor will win back many seats lost in their 2011 landslide defeat, Premier Mike Baird's Liberal Party will almost certainly retain government. 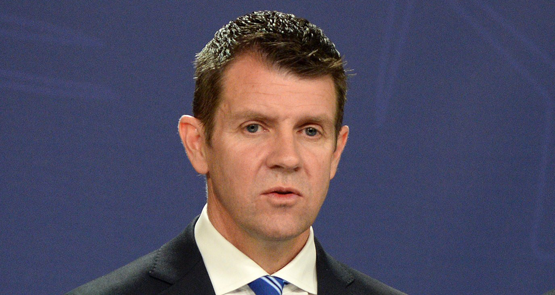 If the polls prove correct and Mike Baird leads his Liberal government to a clear victory in tomorrow’s New South Wales election, he and his party will have pulled off a historically remarkable feat.

The Coalition has not won consecutive parliamentary majorities in New South Wales since the early 1970s, at which time the party was led by colourful racing identity Bob Askin.

Since Askin vacated the chair in January 1975, the state Liberals have gone through 14 leaders, only two of whom have won an election: Nick Greiner in 1988 and, after a fashion, 1991, when his government clung to power despite losing its majority; and Barry O’Farrell, who rode a wave of disgust with Labor to score the biggest win in the state’s history in 2011.

To the extent that history offers a guide, Labor in New South Wales can thus expect its periods in the wilderness to be relatively brief, and to recover quickly after the odd occasion when the electorate might apply the lash as they did in 1988 and 2011.

This time though, the daunting task Labor faces is to topple a Coalition government that holds no fewer than 60 seats in a Legislative Assembly of 93. In reality, the hurdle is even higher given that the Coalition won 69 seats at the 2011 election, before byelections and Independent Commission Against Corruption inquiries did their work on the Liberals’ parliamentary ranks.

At a bare minimum, 23 of those seats will need to go tomorrow to jeopardise the government’s hold on power. Allowing that a Coalition seat or two might fall to independents, that would require Labor to gain a uniform swing around 12%, delivering 13 seats in Sydney and a further eight or nine elsewhere.

So far as the latter part of the equation is concerned, Labor has pursued an ambitious strategy and appears optimistic that it will at least partly pay off. Enormous investment has been put into Nationals-held seats with margins of over 20% on the state’s northern coast, where it had been hoped a backlash against coal-seam gas would provide icing on the cake of a reversion to normality in Sydney, perhaps to the extent of wearing away the Coalition majority entirely.

Among Labor’s chief targets is the Byron Bay-region seat of Ballina, where an automated phone poll conducted by ReachTEL last Thursday found Labor had pulled ahead, with a swing in its favour of no less than 27%.

According to a Labor source quoted in The Australian today, this finding is corroborated by internal polling, which also suggests the seat of Lismore is “likely to go to either the Greens or Labor”, with the other nearby seats of Tweed and Clarence also being “in play”.

Another presumed bonanza of seat gains awaits Labor on the Central Coast, where the Liberals have been devastated by the ICAC’s inquiries into unlawful donations from property developers.

Not for the first time, the tightest tussle in this region looks to be The Entrance, where the 11.8% margin is right at the point where a uniform swing would place the government in serious danger.

A poll of the electorate conducted by Galaxy for The Daily Telegraph last week recorded a Liberal lead well inside the margin of error at 51-49, and it’s likely that changed preference flows would deliver Labor a further point or two on top of that.

But when it comes to the natural correction that Labor might have anticipated in Sydney after the Liberals swept through its heartland seats in 2011, the train seems to be coming off the rails.

Metropolitan and non-metropolitan breakdowns have been featured in polls conducted by Ipsos for Fairfax and Lonergan Research for The Guardian Australia, and the story they tell is of a swing to Labor fully 7% lower in Sydney than the rest of the state.

Published polling at electorate level has gone some way to bearing this out. When Labor assigned star candidate Jodi McKay to the inner-west seat of Strathfield, it surely did so in the anticipation that she would make fairly light work of the 6.4% Liberal margin, while adding a feel-good boost to the party’s broader cause. But when the electorate was polled a week ago by ReachTEL, McKay was credited with the barest of leads over Liberal incumbent Charles Casuscelli.

Labor has likewise been found to be falling short in the beachside seat of Coogee (margin 8.3%) and Campbelltown on the city’s south-western fringe (6.8%), in polls respectively conducted by ReachTEL and Galaxy.

Furthermore, statewide polling over the past week has given a strong indication that the election is slipping still further beyond Labor’s grasp. As it has done so, ever more bullish noises have been emanating from the Liberal camp.

Newspaper reports have spoken of hopes that Liberal members might be able to defend margins of inside 4% in Granville and Oatley. Even in East Hills, which has a post-redistribution margin of just 0.2%, the Liberals have gone to the effort of treating voters to robo-calls featuring a message from Mike Baird.

Of course, surprises do occur — and it seems, for whatever reason, that they tend to be in Labor’s favour when they do; key examples being wins by Paul Keating in 1993, Steve Bracks in 1999, and the near-defeat of Nick Greiner in 1991.

But with most recent polling putting the Coalition’s two-party preferred vote around 3% higher than comparable results before the Queensland election, the shock of a Labor win tomorrow would dwarf that which attended Annastacia Palaszczuk’s boil-over on January 31, as considerable as that may have been.