Meet the micro-parties and oddballs campaigning for your vote

From parking meters to mosques, Crikey canvasses some of the pet hates of candidates running for office in tomorrow's NSW poll. 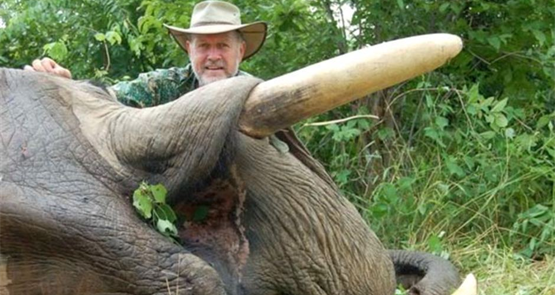 When NSW voters go to the polls tomorrow, they’ll be faced with a 3.2-metre-long ballot of 394 candidates for the upper house, plus quite a few for the lower. Which of the micro-parties are right on the money, and which are just plain nuts?

Here is Crikey’s guide to the not-so-usual suspects.

S&F was established in 1992 by journalist John Tingle after the NSW government proposed laws that put restrictions on citizens owning firearms for self-defence. S&F claims to be the “voice of hunters, shooters, fishers, rural and regional Australia and independent thinking Australians everywhere”. The party is working to extend the rights of outdoor enthusiasts, deregulate conservation areas (i.e. open them up for shooting and fishing) and of course to decrease regulations on gun laws. S&F currently has two members in the NSW Legislative Council, Robert Brown and Robert Borsak. Borsak is hoping to be re-elected alongside newcomer Pete Johnson this weekend. S&P has declared it has no preference deals at the upcoming election.

The NSW branch of the VEP was the first branch of the Euthanasia Party to be registered in Australia. Dedicated to granting Australians the right to die with “compassion, dignity and choice”, the VEP hopes to establish a cross-party group in state or federal parliaments to “draft legislation for a Voluntary Assisted Dying Bill”. A recent ABC survey found that “an overwhelming majority of New South Wales voters are in favour of voluntary euthanasia”. The party is also concerned with strengthening the enforcement of advanced care directives  and improving palliative care, to ensure that Australians are able to achieve some control and dignity in death.

The name pretty much says it all; the ACP was established in 2014 to “pedal” the rights of Australian cyclists. A national standard for cycling infrastructure, a campaign to improve attitudes between driver and riders and bicycle training in schools are just some of the party’s official policies. Although a minor party, it is gaining popularity with 21 candidates to contest both Upper and Lower house seats. The so called ‘preference whisperer’ Glenn Druery was a great supporter of the ACP for the 2014 Victorian State election, but they fell out over Druery’s support for other micro-parties. Needless to say, the ACP is unlikely to benefit from Druery’s preference wheeling and dealing at the NSW State election.

Established in 2006 by Randwick councillor Charles Matthews, the NPMP is one of the more unusual of parties on the NSW ballot. The party has no official website, phone number or information about its representatives, and only a PO box in South Maroubra as its physical address. Matthews admits to Crikey it’s a difficult road ahead, but he has organised a preference deal with an independents group on the ballot. If elected he says his party would work to remove all parking meters (although that is a local government issue), stop violence against women and children (he did not elaborate) and remove stamp duty tax for first-time home buyers (although this already the case for many first-home buyers in the state). The AEC de-registered the NPMP in 2013 after some alleged members denied being associated with the party. (Matthews claims the members suffered from dementia.) But the party is back for the 2015 NSW election, with 750 members and 21 candidates.

Crikey wrote a very detailed guide to the No Land Tax last week. The NLT seeks to abolish land tax on investment properties and holidays homes and restructure the NSW tax system, including stamp duty and payroll tax. But as Sydney Morning Herald columnist Peter Sheehan points out, “you can be pretty sure the No Land Tax party is not just about land tax”. He also highlights that “single-issue parties have always been used as vote-siphoning operations, designed to hurt the major parties”, and with NLP snagging the number one spot on the NSW ballot, they are likely to reap the benefits of the donkey vote. No Land Tax is running candidates in every single upper and lower-house seat.

Established in 1997 originally as the Call to Australia Party, the CDP is headed up by Reverend Fred Nile. The party opposes gay marriage and sharia law, and wants religious classes to be taught in schools. Nile was elected to the New South Wales Legislative Council in 1981 with 9.1% of the vote. His ultra-conservative views often bring him media attention, most recently over his criticism of the Sydney siege hostages. “Usually men try to protect the women and it seems that the men were trying to protect their own, saving their own skin, and leaving the women there,” said Nile. A recent editorial in The Canberra Times called his views “ignorant” and “insensitive”.

Member of the Christian Democratic Party and candidate for Penrith, May Spencer believes we should be concerned about the number of Muslim people migrating to Australia, as they will “fail to assimilate into Australian society because the ideology of their religion does not permit it”. She wants to ban halal certification of foods, and believes there should be no more mosques built in Penrith, as they promote “hate preachers” and “radicalisation”. Penrith Council disagrees.

A candidate for Goulburn on the 2015 ballot and also a member of the CDP, Adrian van de Dyl enjoys cashews, holidays in Coffs Harbour and believes the decriminalisation of sodomy is the reason for NSW budget woes. This guy is so out there that even CDP leader Fred Nile “distanced himself from the remarks”.

Where does Adrian stick those cashews?

The Crikey article referred to says the ballot paper is 1.02 meters – this sounds more accurate, surely?

No space for the Animal Justice Party which opposes live export and battery farming among other worthwhile ideas?

This is a bit disappointing 🙁 Most of those named are parties or people with either clearly stated intent or whose platforms can be found with a google search. I’ve been trying to find information on the many others on the ballot for whom no information at all seems to be available. Why aren’t these people required to place a brief policy statement on the AEC website (with links to detailed policies on their own website). Some don’t have any way to contact them to find out more, either. Seriously, you need to provide more information to get an online email account!