It can be tricky to find a suitable board replacement for yourself, but Roger Corbett has finally done it. 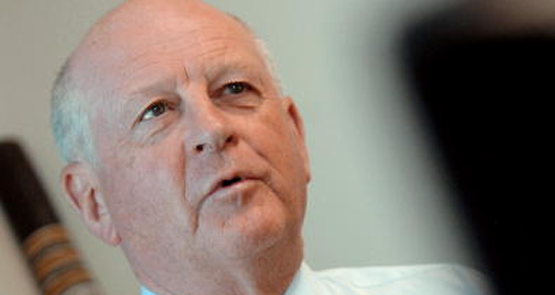 One of the inherent self-preservation conflicts of interest facing chairs and CEOs of major organisations is their reluctance to recruit potential successors who could show them up or force an early change of leadership.

This partly explains why so many institutions are forced to look outside when replacing the two most important leadership and governance positions in their organisation, but the conflict doesn’t only apply at the very top.

The problem at the very top of an organisation is that a good chairman may well force the CEO to develop internal successors, but there is often no one to tell the chairman to nurture and recruit successors. Shareholders rarely do it at public companies.

So when a long-serving chairman finally accepts it is time to go, there often isn’t a groomed and viable internal successor sitting in the boardroom as an incumbent independent director.

If an organisation is in crisis, and there is a genuine need for fresh leadership without the baggage of past errors, an external appointment of the chairman can be justified.

But often this is not the case. Take the case of Fairfax Media, which yesterday appointed Nick Falloon to the board and announced he would succeed Roger Corbett as chairman in just five months, at the end of August.

The doyen of directors, David Gonski, told an ASX conference in 2013 that it took a couple of years on a board before a director was really up to speed. This is absolutely right.

As the Crikey Tips and Rumours section reported on Monday, I emailed Roger Corbett way back in December 2010 suggesting that he appoint Nick Falloon to the Fairfax board after the Packer-Murdoch-Rinehart ruling faction forced him out of Network Ten.

Corbett had only recently succeeded James Packer’s mate Ron Walker as Fairfax chairman, but he managed to oversee the appointment of eight other directors — none of whom made the grade to succeed him — before finally letting Falloon into the tent as his successor yesterday? Why the delay?

Here is the chronology of major board, strategic, management and shareholder changes during Corbett’s six-year run as Fairfax chairman:

Falloon doesn’t need the money, and Fairfax has yet to respond to questions about how much he will be paid. Corbett pocketed just $357,903 last year after his fee was negotiated down at the 2012 AGM.

However, he is an excellent choice, if Fairfax is looking to merge with Nine Entertainment Company once the cross-media ownership laws are relaxed.

Nine’s existing chairman, David Haslingden, is supported by the company’s US-based private equity major shareholders but would not be appropriate to lead a combined Nine-Fairfax given his obvious conflicts of interest, as were outlined here.

And given that Falloon was also a successful executive chairman of Ten, Fairfax under his leadership could yet choose to enter the bidding for the teetering network now that the favoured Foxtel-Discovery consortium has fallen over.

Mayne: revealing the top listed chairs who were rushed into the job