Rob Oakeshott: with no ‘plan B’, nothing in NSW — or Canberra — will get done

Political parties are good at making big, sweeping promises in the lead-up to an election. But as former independent federal MP Rob Oakeshott asks, does everyone forget the upper house? 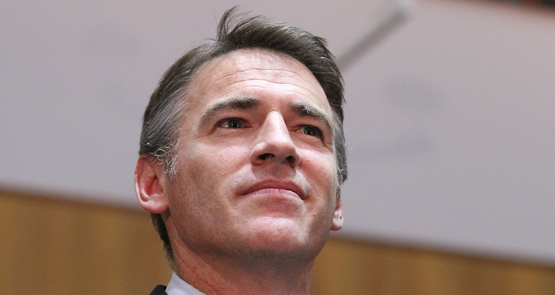 Nothing matters in this NSW election. As soon as Premier Mike Baird — a good guy and the likely winner of a majority in the lower house — said “We have no plan B”, this election became about absolutely nothing.

A bit like Canberra at the moment. For all the talk and all the hype of reform, the evidence is to the contrary. Progress has stalled. And the reason NSW will stalemate is the same that Canberra has: no plan B.

Before the election, everyone pretends we have a unicameral system. The Senate and the Legislative Council don’t exist. The chamber-that-shall-not-be-named, or something. Abbott promised he wasn’t going to negotiate with anyone. No compromise. Baird is now having a referendum on his way, or no highway. No compromise.

Then after the election, light-bulb moments flash everywhere. Mandate is screamed. Furious late-night negotiation is attempted. And everything grinds to an “I have a constituency to represent” halt. As if this were some kind of surprise.

Everyone, from majority government in a lower house, to a solo, highly pressured, 0.5%-elected individual senator or MLC in the upper house, is right to hold his or her ground. They are all doing just what they said they would do: represent their constituencies, and do the best they can for their state and country, or something.

But collectively, the chessboard is out of whack. It’s stalemate, not checkmate for the voters. And certainly no cheque, mate!

The upper-house chambers in both Sydney and Canberra have become both reason, and excuse, for nothingness. And as a result, the show just stops.

In NSW this weekend, there is “Buckley’s and none” of the Liberal and Nationals Coalition winning the critical ninth upper-house spot. If they do, I eat my hat and Baird is away on his plan A. I wish him well if he pulls it off with one of the quietest campaigns I can remember.

But for him to achieve this, he has to pull a similar blue-tie vote to 2011. And even hardheads within the Coalition are conceding this is most unlikely. The background context is very different to 2011, thanks (or no thanks) to federal politics changing, and pushed along by a record 10 Coalition MPs through the Independent Commission Against Corruption, and former premier O’Farrell, who stumbled on his own anti-Obeid platform of integrity.

More than likely, it’s about a 12-to-20-seat lower-house swing to the Foley ALP. This seems to be the accepted mood on the ground in NSW. It is still a win for the Coalition, but a lot smaller than four years prior.

And importantly for the politics of it all (probably more important when it’s a referendum on a single issue), is that we’ll also bring in an upper house that has a majority of constituents who want the 49% electricity lease blocked.

So let’s be clear: only a minority of upper-house MLCs will support the position of the majority in the lower house.

With that result, who owns the word “mandate” now?

It is why, without plan B, all the promises that hang from this non-existent leasing of electricity assets mean nothing. All the hospitals and nurses, the roads, are meaningless. No bells and whistles because there will be no poles and wires.

Predictions are dangerous, but here is mine for the coming weekend.  Between 2015-2019, the upper house will block electricity leasing in NSW. And nothing much will happen after that.

And the two major political parties, who are internally obsessed about “Americanising” their campaigning and political styles, have achieved exactly what America has achieved as a consequence of its targeting of interest groups and the margins: a Parliament that cannot function. Well done.

We have it Canberra, and we are about to have it in NSW.

All that is left are two questions.

The short-term one is for Mike Baird, the returning Premier following this weekend. If he can’t deliver on one single promise he made to get elected, does he fall on his sword of integrity? Another election maybe? Or does NSW just stagnate for four years, in a game of “we urge the upper house to respect our mandate”, blah blah bloody boring and predictable blah …

Longer term, the question is for each and every voter. At every ballot, local, state and federal, forever more: why, oh why, do we all say we don’t like pre-election promises, yet fall for it, or encourage it (I am not quite sure which), every single time?

All we are doing is delivering our own self-fulfilling prophesy of electing governments that talk the talk on everything but can’t walk the walk on anything. We are creators of our own reform frustrations and inertia.

We have nowhere to look but in the mirror when wondering how it all came to be.