Paleo is a stupid cult, and it is killing people

A toxic mix of scientism and a delusional belief in pseudo-history have created a world in which we pick and choose easy "answers", rather than search for actual knowledge. In shocking news recently and less recently and, really, since there was scholarly response about the nutty matter to hand, the Paleo Diet might not be evolutionary perfection on a plate. The meat-rich eating plan might increase, and not decrease, as is claimed by its profiteering advocates, the risk of colorectal cancers, and despite cheerleading by its slender celebrity squad, it’s about as sustainable an energy source as coal. You don’t endorse a commercially popular “movement” that relies on the mass-farming of beasts and get to claim you’re getting back to nature. It doesn’t matter how artisanal or grass-fed your steak is, it remains, rare or well done, a product with an immense carbon hoof-print.

But let’s set aside the irritating matter of the planet and ignore the claims of pseudo-sustainability for meat made by the I Quit Sugar cult and others. Popular diets, however compassionately they choose to market themselves, are rarely designed to save the world and appeal almost exclusively to an idea of individual “wellness” — the new and acceptable term for thin. But we’ll make-believe for the sake of argument that this caveman bunkum — and all promotional urging to nature from Belle Gibson to Atkins — is commercially responsible and that increasing the demand for artisanal meat can only end well. Let’s agree with the proposition that 7 billion stomachs, nearly all of them on a direct IV to the free market, can be sustainably filled by kilos of meat every week produced by small and responsible farmers, who enrich the land and do not brutally slaughter their stock but simply bore them to death by reading them passages of Sarah Wilson’s swill.

Even if the mass production of meat can never be “natural” or a return to the proto-agricultural methods of a handful of hominids who tended to die before they were 40, let’s just overlook this selfishly liberal naivete and pretend that we can replicate the recipes of a golden, natural age.

Apparently, cave-persons were not terribly good at leaving records of their diets, and as much as the dazzling smile of Pete Evans might suggest direct spiritual access to a record of Palaeolithic menus — as much as it does expensive cosmetic dentistry — he might not actually be a credentialed scientific authority on this particular matter. There are people, such as anthropologists, who are not simply content to dream the diets of our ancestors, but instead actively study the foods likely to have been eaten in an era. According to the scholarship, prehistoric people ate what they could find. Which was various within a lifetime and changed drastically over regions and was not often sugar-free cacao raw-food brownies and artisanal meat.

Like all Back-to-Nature health propositions, Paleo rests on a historical fiction, and one that conveniently ignores the fact that many Stone Age eaters died of starvation or malnutrition. But not nearly as many, of course, who currently perish from the same deficiencies. It is the same global market that provides us with Paleo-friendly plastic containers of grass-fed beef that robs trade nations of calories. Paleo-friendly people, in turn, would seek to rob those same nations of the right to consume life-saving GMO crops, which are Not Natural and therefore bad. But here we go worrying about the planet and all its citizens again when, really, we should just be thinking about the privileged Western metabolism and its unassailable right to be fuelled by a made-up version of things our ancestors didn’t even eat.

Pseudo-science, pseudo-history and pseudo-sustainable claims fuel the mania for this latest dietary vanity. Since the onset of mass culture, pseudo-knowledges have been employed to sell us crap and we believe, often for long periods, that we have come to independent and logical conclusions even when they are based on bad science, scientism and marketing. The importance of vitamin supplements in fighting disease, for example, is now being deflated, and reliable science commentators explain that the notion that Vitamin C as a warrior against the common cold was never scientific fact but largely the hypothesis of a single dietician mistaken in mass culture for scientific theory. But this is the way of things now. Any single study that appeals to folk wisdom — antibiotics are bad, climate change isn’t real, measles are good — is upheld as established theory. A look at the increasingly populist Facebook page for ABC’s once reliable-and-boring and now unreliable-but-thrilling Catalyst program is testimony to our belief that we are all scientists.

We are not all scientists. We are idiots who mistake both our proximity to vast repositories of knowledge and our hunger for an easy answer, or a guilt-free, grass-fed steak, for knowledge itself. We are as selective about the “science” we choose to believe as we are about our beef. Which is to say, we choose the one with the label that best represents our identity as consumers.

It is this gullibility, which we misread as great and informed cynicism despite its manufacture by markets, that gives us Belle Gibson. It is this erroneous and terrible belief in our own wisdom that leads us to think that babies need nothing so much as they do liver terrines and “freedom” from immunisation.

We believe that all the science with which we disagree is the result of a conspiracy but all the marketing that appeals to our vanity and our faux-knowledge is somehow independent of the market. If this arrogant stupidity didn’t kill people, from the Wellness Warrior to infants, it would be funny. As it is, it’s no joke. 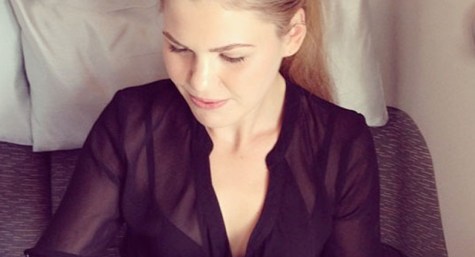 The single best article I’ve read on this frustratingly presented topic. Spot on.

Once again Razer hits it out of the park. Articles like this keep me subscribing to Crikey.

Another well written article / rant on these obsessions with ridiculous diets and so on.

You’ve called it for what it is … a cult.

The good thing about fads is that they don’t last long. The bad thing is that there’s always another one coming.