How the Western media supports terrorism

Daesh supporters post gruesome photographs on social media to spread propaganda. And the Western media have been very willing to help out with that. 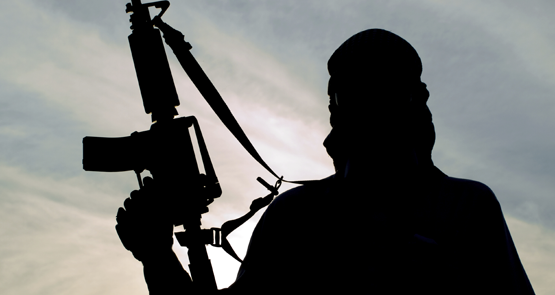 I’m looking at a story from Friday’s Australian on my laptop. The author is Victorian editor John Ferguson. A headshot shows him smiling, below which is a larger photo of two younger men in military fatigues, also beaming smiles. One of the smiling men, believed to be a former RMIT student, is holding a severed head, thankfully with its face blurred. Part of the rest of the body is also shown.

The photo described above was apparently taken from social media and posted by supporters of Daesh (also called Islamic State or ISIS). Thought bubbles have been superimposed on the photo. The Melbourne student, pointing to both the severed head and the body, thinks “STINKY DOG”. The other giggles the letters “LOL”.

Apart from being fighters in a guerrilla war, these men also fit into the category of “terrorist” under relevant Australian law. The media organisations that constantly display gruesome images of these and other young men holding severed heads or boasting about their sex slaves or standing guard while a victim in an orange jumpsuit is beheaded or burned alive, are aware that the images show not just gruesome but also illegal conduct.

This raises a simple question: why are Australian media organisations effectively providing free propaganda services to terrorists? If there are troubled or sick individuals tempted by such activities or by nasty images in general, why are mainstream news organisations feeding their fetish? Why are their advertisers not kicking up a fuss? And why haven’t the Prime Minister, the Attorney-General and other erstwhile parliamentarians even said a word?

We are, after all, involved in a war with Daesh. We are trying to stop the (albeit small) flow of young Sunni Muslim men and women to the war zone in Syria and Iraq. Their actions have led to serious but unnecessary changes in anti-terror laws, which are in addition to current laws that have barely been used.

It remains to be seen whether the laws will be applied consistently to other foreign fighters, including former NT Labor Party president Matthew Gardiner, who is believed to be fighting with a Kurdish outfit in Syria called the “Peoples Protection Units”. Certainly the Attorney-General’s office has made it clear that “if you fight illegally in overseas conflicts, you face up to life in prison upon your return to Australia”, regardless of which side you are on.

When Daesh first came to the Western media’s attention for beheading aid workers and journalists, there were requests from the victims’ families that images of the final moments of the victims not be shown. By and large, Australian newspapers ignored these requests. In my opinion, this was grossly insensitive. Perhaps on the occasions above, where Daesh fighters are shown holding severed heads or even laying in a “martyred” state, media outlets might suggest that there are no living victims involved.

That’s assuming you don’t regard the families of these young men and women as victims. The student referred to above comes from a highly educated family of south Asian extraction. His friends have told me that the family were extremely distressed when they heard their son had left for Syria. Imagine how much this distress is compounded by knowing that images of their son holding an AK-47, holding a severed head and finally dead on the ground are on major news websites and newspapers.

Yes, it’s true. These photos are taken from Daesh supporters and used for propaganda purposes. So why do terrorists’ propaganda for them?

All your ISIS are belong to us: we’re fighting terrorism with bad Google translations

You just have to look at who’s doing their “heavy lifting”, in the way they choose to edit/treat such news, injecting it with histrionics, spreading hysteria, uncertainty, distrust, fear and eventually hate – all in the name of “News as Entertainment”, as if it’s some sort of horror movie?
Scaring the bejesus out of vulnerable punters, for their own ends.
[What are the odds of being in a car accident; dying from cigarettes; fatally stung by a bee; winning Lotto : in comparison to being involved in a terrorist incident?
Are they played for chills the same way.
Or are they less spectacular, less dramatic opportunities, less likely to be remembered for, flavours-of-the-month self-promos?]
Assuaging and clearing the way, for government’s to withdraw those freedoms we’ve come to take for granted – ratcheting up their constraints on a public they don’t trust, for control – under false pretences.
They’re more likely to incite someone to go off half-cocked.
“Be Alert – Don’t Be Alarmed”. Be alert by all means. Don’t be alarmed. Because the alarm ripple-effect is what “terrorism” is all about. A couple of isolated incidents = increased distrust/stress levels further out, and that’s where the media is flushing us?

Well may you ask “This raises a simple question: why are Australian media organisations effectively providing free propaganda services to terrorists? If there are troubled or sick individuals tempted by such activities or by nasty images in general, why are mainstream news organisations feeding their fetish? Why are their advertisers not kicking up a fuss? And why haven’t the Prime Minister, the Attorney-General and other erstwhile parliamentarians even said a word?”
I have wondered the very same thing. IF the premise of the release f this stuff is to gain publicity for their cause, who’
s paying the networks to play these publicity stunmts?
The sooner the networks stopped showing this sort of crap, the less of it we’ll see – OR the more dramatic they’ll become. One or the other!

Why not report “XYZ Group admitted guilt for the criminal act of….”

Much less macho and puts the act into context

I have asked myself this question often.

Pav, I’d rather the media reported ‘yet another nutter group, who we will refuse to name, have admitted guilt in this atrocity.”

But mostly I’d rather they just didn’t report anything more than the bare facts.

And as for why the government doesn’t have a word in their shell-like, well I suspect that Abbott and Brandis are using this for all its worth in what I can only describe as the breathtakingly cynical practice of modern politics.