At his death, Malcolm Fraser was preparing for another act in his political life, with a party intended to address the deep disenchantment of many Australians toward politics. 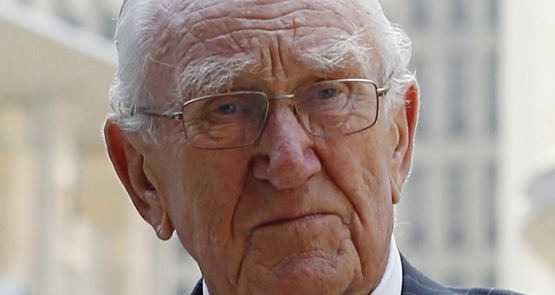 Former Prime Minister Malcolm Fraser’s final political project was a left-of-centre political party aimed at giving those disenchanted with modern politics a new home, one that advocated a price-signal-driven shift to a post-carbon economy, a more welcoming stance toward asylum seekers, greater economic intervention by government and, most controversially, an independent foreign policy.

The idea for a new party, provisionally called Renew Australia, was first proposed by Fraser to a small circle of supporters in 2011, but its core principles were still being finalised by Fraser at the time of his death. He circulated a 10-page draft Statement of Values and Purpose in January after extensive revisions.

Many of the core principles outlined in the document reflect continuity in Fraser’s thinking between his years in office and now — it calls for an “urgent and fundamental” change in our approach to asylum seekers, and advocates greater industrial-relations regulation to support a “living wage”, for example. But, in other areas, the draft proposes policies that would have been rejected out of hand by Fraser the prime minister — it reiterates support for universal access to primary healthcare in a system “much admired by other countries in the developed world”. In particular, its proposal for a fully independent foreign policy represents Fraser’s own shift away from the hardline Cold Warrior of his political years to Australia’s most prominent critic of our alliance with the United States. The document stops short of calling for a withdrawal from ANZUS, but instead emphasises it is a “commitment to consult, not a guarantee to defend”. It says:

“… the strategic context in which Australia operates is quite different from that of earlier times, and our nation must develop its own sense of independence and identity. Our foreign policy and diplomacy must convey that independence. Above all, we should not cede to any foreign country the capacity to decide whether Australia is at peace or goes to war; nor will we participate in war just because our traditional allies go to war. Alliances are important, but they must serve mutual interests.”

As a statement of values, the draft is more focused on goals than specific policies, but it emphasises issues such as:

Economically, the document in many ways reflects Fraser’s own approach as prime minister. “Private enterprise has to be at the centre of the country’s economic activity,” it says, but “we believe that standards of integrity in our corporate sector must greatly improve”. It slams “ever more aggressively contrived and complex arrangements for tax avoidance by large corporate entities” and calls for “more balanced contributions from corporates and individual taxpayers to government revenue raising”, while urging “visionary and sustainable infrastructure projects that go beyond the short-term interests of mining company equity holders”.

The draft visibly struggles to settle on a position on immigration, taking the trouble to reject outright the belief of “some in this country” (often on the Left) that Australia is already fully populated. “Our country must be prepared to do more to increase its population and build the economic and social infrastructure to support it, while ensuring full employment, social harmony and preserving community amenity” — quite an achievement. It calls for an end to urban sprawl in favour of the very Whitlamite solution of “geographically dispersed small urban centres”.

Most significantly, the draft devotes much space to calling for a transition to a post-carbon economy — “the urgency of government intervention to achieve it is compelling”. The transition would be driven by “appropriate price signals and investment clarity and certainty for industry”, starting with “meaningful” renewable-energy targets and “emissions reductions in line with international leaders” using “government-initiated, market mechanisms”. The draft almost explicitly rebukes the Abbott government, saying:

“Australia once led the world in confronting the threats posed by climate change. We can and should do so again.”

The document accepts that the transition will not be cost-free — “such an intervention may still involve significant dislocation and change for the country; it will inevitably involve some level of sacrifice and hardship … it must minimise the burden of remediation on ordinary Australians”.

While the broad policies in the draft would fit comfortably somewhere between Labor and the Greens (which says more about the shift in Australian politics since Fraser’s time than Fraser’s own shift), much of the document is aimed at people (especially young people) disenchanted with “politics as usual in Australia” — and particularly disenchanted, it seems, with the major parties on asylum seekers and the quality of political debate:

“Our party has been created in the belief that the major political parties — as if in a corrosive grand alliance — have repeatedly failed Australians on the big issues and the country is looking once more for intelligent and enlightened leadership, inspired by a belief in justice, integrity and a sense of a fair go. These are values that need to be better enshrined in a modern, independent and progressive political party of national purpose …”

The draft shows a man prepared to address the future, in decarbonisation, a republic and an independent foreign policy, but prime minister Fraser is still present in the document, in its economic interventionism, its emphasis on social justice and even, perhaps, its belief in “Parliament as the fullest expression of the will of the people choosing, and exercising authority over, Executive government”. The Fraser of the Dismissal would have agreed entirely.

Fascinating. But “somewhere between Labor and the Greens”… I don’t know, is there anything in this manifesto that’s not already Greens policy?

Sounds a lot like the Australian Democrats to me

It certainly does seem to have a strong crossover with Greens policy as Marcus Ogden observes. Perhaps the approach will be to present as mainstream; the Greens continue to struggle with their portrayal as a fringe movement regardless of their values.

If this sounds like the Greens to anyone that is just proof of how far Australian politics has moved to the right.

Even a Liberal Imperialist could probably agree with some of Fraser’s manifesto if it had been offered by anybody but Malcolm Fraser.

The bit missing is his eminence’s suggestion of Wallaby Bob Mugabe as an honorary elder in the search for a treaty with Oz Indigenes.