Exclusive: Gerry Harvey gets richer while small shareholders miss out

Gerry Harvey's small shareholders did not take up the opportunity to participate in an equity raising at a heavily discounted price. But Harvey himself sure did. 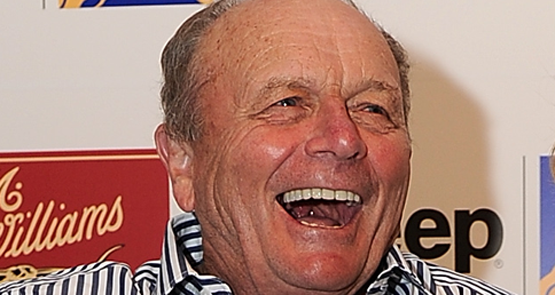 In a wide-ranging 50-minute discussion with Crikey, Harvey acknowledged he was wrong in assuming that the 12,000 small shareholders in Harvey Norman would act rationally when offered a chance to participate in a $120.7 million equity raising at the heavily discounted price of $2.50.

When Crikey first challenged Harvey on the structure of his capital raising last December, he boldly declared there would be close to a 100% take-up by small investors.

He has now admitted to Crikey that almost 70% of his retail shareholders declined the opportunity to buy one new share at $2.50 for every 25 shares they owned. As the personal sub-underwriter of the entire issue, this delivered Harvey a big windfall as he was able to scoop up the retail shortfall by writing out a cheque for $4.7 million.

The detail of the offer was first explained in this Crikey story on December 17, and the size of the windfall was confirmed in this ASX announcement by Harvey Norman the following day.

Harvey admitted several weeks ago that he was surprised the take-up was only about 32%, and he committed to look into how he could rectify the situation. Nothing has been announced to date.

Thanks to share-register and banking records, Harvey knows precisely which of his shareholders collectively surrendered the opportunity to buy 1.463 million shares at $2.50.

These shares are now trading at $4.43, so the transfer of value from almost 8000 small shareholders to one billionaire is today worth $2.82 million, not including the 14-cent special fully franked dividend paid in late December.

There are questions as to whether the capital raising should have been underwritten at all, just like the way Macquarie Group didn’t underwrite its recent $500 million placement and associated share purchase plan for retail investors.

Once deciding to have an underwriter, the problem became the conflict of interest, whereby Harvey determined that he would retain the bargain-basement buying opportunity entirely for himself.

Where was the board when this was suggested?

The cleaner solution would be to make the offer completely renounceable, whereby the shortfall after it closes is sold off in a competitive auction to the highest bidder, with the “premium” returned to those non-participating shareholders who declined the offer. It is not too late for Harvey to do this.

Alternatively, other retail investors should have been given the chance to buy any leftover stock from their retail comrades. I tried doing this, but Harvey rejected my $50 worth of over-subscriptions.

I think Assistant Treasurer Josh Frydenberg should immediately get to work and amend the Corporations Act so a deal like this can never be made again.

After all, what’s to stop a whole bunch of other billionaires like Kerry Stokes, Solomon Lew, James Packer and Frank Lowy from enriching themselves by doing exactly the same thing?

The media doesn’t seem to care, as no one else has covered this issue, ASIC is asleep at the wheel, as usual, and institutions aren’t troubled if a bunch of unsophisticated retail investors get diluted.

If Gerry Harvey were half sensible, he would voluntarily compensate his non-participating shareholders rather than cop an ongoing campaign, including a potential board tilt at this year’s Harvey Norman AGM.

The solution is very simple. In my opinion, he should sell the 1.31 million shares he picked up from the sub-underwriting deal and distribute the proceeds to the circa 8000 non-participants.

Alternatively, he and his wife, Harvey Norman CEO Katie Page, could do a “James Packer” and agree to work for nothing for the rest of 2015. They were paid a combined $3.9 million in 2013-14.

Who said GH was not a spiv?

If Crikey sleuths want any interesting story they should research the genesis of Harvey Norman, back through Norman Ross to {from memory} an early post WW II discount store called, from memory something like Sydney Wide or Sydney Discounts.
Its founders were far from your normal capitalist.