Few in Australian journalism combine old-media clout with digital entrepreneurial fervour in quite the same way as Amanda Gome. 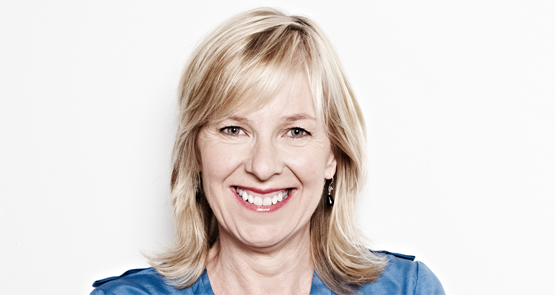 Crikey has asked spinners, pollies, journos and others about the shifting media landscape over the past 15 years. What’s good, what’s changed and what’s next? In the fifth installment in our ongoing Digital Disruptions series, we talk to Amanda Gome.

A founder of SmartCompany (and former CEO of Crikey‘s publisher Private Media), Amanda Gome went back to Fairfax in 2013 as the publisher of BRW to try to turn around the business title’s ailing fortunes. Ultimately, this proved unsuccessful when Fairfax management decided to axe the print title after just one more year. Gome left and, soon after, joined ANZ to help spear the bank’s social and digital media strategy, which includes BlueNotes, the first newsroom in Australia situated within a bank. Asked what she fears about the media landscape, she warns of complacency in finding a new business model for journalism.

How has your media consumption changed from what it was in 2000? Are you a better or worse-informed person? Do you find the media harder to cope with?

A lot of my news comes from Twitter via journalists and influencers from mainstream publications, niche digital media or experts posting their news, insights and opinions on corporate publications (like ANZ’s BlueNotes), LinkedIn or blogs. Back in 2000? I mainly read what the gatekeepers, mainly Fairfax and News Corp, wanted me to read. I’m now far more widely informed on a broad range of subjects but probably with less depth on some issues. I love the choice, speed, engagement and transparency of the new media landscape. You get global news, views and insights and from a huge diversity of people rather than just the predictable views from white alpha males who traditionally controlled old media. And everyone talks back.

Do you still consume print media? Do you expect you will in five-year’s time?

Must-reads every morning over a cup of tea or plane take-off: The Australian, The Age and the AFR. Also, I am an ad-hoc buyer of Harvard Business Review, The Economist, The Monthly and The Saturday Paper. I’ve just realised: I never read Time any more.

Do I expect I will in five years? Every morning that paper thumps onto the porch is a gift. Fortunately the printed weekend papers will still be with us in five years time.

Brave, courageous media entrepreneurs who build anything from small community media to great empires. And I am increasingly impressed with the female journalists in politics (Annabel Crabb and Leigh Sales, etc) who are doing it their way.

ABC news and current affairs is more important. Everything else? Less so.

For readers, it’s great: it leads to so much more choice. For the media business model? It has long-term implications as the declining revenue pie is sliced and diced out of existence. The danger is we end up as a local cog in the global media marketplace.

Do you think the rise of “native advertising” is good or bad? Why or why not?

As long as the content sports a clear label like “sponsored” or “advertising” so the reader knows the interests of the content provider, and it’s of high quality and relevant to the audience, there is absolutely nothing wrong with native advertising. It is usually far more interesting than a sales product ad, and it pays for the journalism.

By some accounts there are now two or three PR practitioners for every journalist in Australia. Does this matter? Can it be a good thing?

The media landscape has changed since people sat down with their abacuses and worked that out. A lot of experts, influencers and specialists now provide news and insights to traditional, digital and social media. Some are paid, most are not. If you add in all of these voices, plus all the extra media publications and platforms, the media wins. Besides, the public are an intelligent lot and, in PR, you have a lot of great professionals doing important work, including promoting journalism.

It isn’t over yet. Media proprietors are still very powerful, but their power is waning as audiences and revenues fragment. What is interesting is the rise of the new influencers who are harnessing digital and social media and beginning to build power and influence at a fraction of the cost that the old barrens spent.

What worries you about the media landscape?

There’s a belief that media companies have time to figure out their business model, because they can be backed by “patient billionaires”, like Jeff Bezos or Warren Buffett. I’ve met a few billionaires but never a patient one. The wealthy either expect a return, or mark it as philanthropy. We can’t stop working on a viable business model for media.