Jake Lynch is a long-time supporter of Palestine, but he has shown no evidence of anti-Semitism, whatever his ideological enemies might say, writes Sydney University senior lecturer Nick Riemer 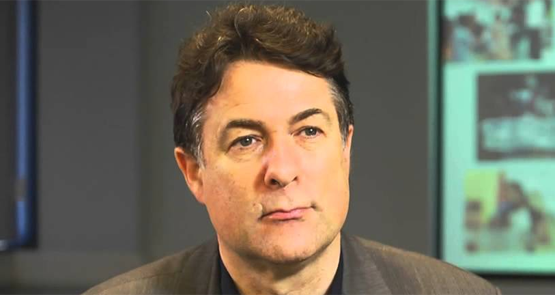 In 2014, my colleague Jake Lynch, the distinguished peace-journalist and academic, head of Sydney University’s Centre for Peace and Conflict Studies, made international news by defeating a racial discrimination lawsuit brought against him by an Israeli “lawfare” centre for his support for the international boycott, divestment and sanctions campaign for a just peace in Israel-Palestine.

But less than a year after his BDS victory, Lynch is once again the object of a concerted campaign, this time calling for his dismissal from Sydney University.

Lynch’s critics charge him with “a shocking incident of vile anti-Semitism”. This is not the first time Lynch has faced this claim: as any Palestine supporter knows, anti-Semitism is the go-to allegation in the face of opposition to Israel.

Even so, the present charge of anti-Semitism must count as one of the most risible Lynch has ever faced. A brief indication of the circumstances shows why.

Along with other BDS activists on the Sydney University staff, Lynch and I were in the audience at a March 11 talk on conflicts with non-state armed groups by Colonel Richard Kemp, who is in Australia as a guest of the United Israel Appeal, an organisation that “works to further the national priorities of the State of Israel and Israeli society”. Kemp is a well-known apologist for the Israel Defence Forces, with a track record of defending their murder of Palestinian civilians. In reference to last year’s war in Gaza, responsible for the deaths of over 1,500 Palestinian civilians, he described Israel as “world leaders in actions to minimise civilian casualties”.

Kemp had been speaking for about 15 minutes when a group of protesters walked into the lecture theatre, denouncing him for his complicity with Israel’s state-sanctioned murder of Palestinians. As I’ve argued elsewhere, this protest was entirely justifiable. But it’s what happened next that has provoked the ferocious attacks that may jeopardise Lynch’s career.

Very shortly after the protest started, university security began forcefully ejecting protesters. I saw one protester being dragged by his heels out of the room, his back being harshly jolted along the ground. As is confirmed by video evidence, at one point someone turned off the lights, presumably in order to prevent the ejection being properly documented.

Shortly afterwards, Lynch calmly walked to the front of the lecture theatre, telling security that their role was not to take sides in a political dispute, still less to use force as a first resort. It is then that the incident occurred that has made Lynch the target of the present campaign.

An audience member, a purple-haired woman probably in her 60s, embarked on a bizarre series of physical attacks on both Lynch and some of the protesters. She repeatedly threw water from a bottle — first over two of the protesters, including one young, headscarf-wearing woman standing quietly at the front of the lecture theatre, and then over Lynch. Video evidence of two of these incidents has been published here; I was a witness to the third. I also saw the woman snatch Lynch’s phone, and Lynch has said she kicked at his groin twice. The police were called as a result of these attacks.

As the woman continued to lash out at him and others, Lynch told her that she risked a costly court case if she continued, since he would sue her for damages. The financial price of confrontations with the Israel lobby must be at the front of Lynch’s mind; during the case against him last year, he stood to lose his house.

In the course of these exchanges, he briefly took a $5 note out of his top pocket to emphasise the point: a blurry still photo of this moment was, for a number of days, exhibit No. 1 for the prosecution, and was circulated endlessly on the internet as unambiguous proof that Lynch — who has a long history of involvement in human rights struggles against apartheid and against Sri Lankan oppression of Tamils — is actually an egregious bigot.

What Lynch’s supposed anti-Semitism boils down to, then, is threatening to sue someone who lashed out at him while he was trying to dissuade security guards from manhandling students.

It doesn’t matter to his critics that there is no indication at all that Lynch thought the woman to whom he mentioned money was Jewish — indeed, her identity is still unknown. It doesn’t matter that the video evidence, in the public domain since last Wednesday, shows beyond any doubt that the explicit context of his references to money was the warning that the woman risked being sued. It doesn’t even matter that nothing in the woman’s reaction suggests that she made any other interpretation. The allegations of anti-Semitism, it seems, do not require the support of any facts to be levelled.

These irresponsible accusations gravely discredit those responsible for them. Writing in The Guardian, Dean Sherr has stated that “the image of a leftwing academic brandishing money in the faces of Jewish people clearly evokes the crude antisemitic falsehood that Jews are obsessed with money.” Sherr’s description is accurate despite himself: it is not the reality of Lynch brandishing money in the concrete context in question that evoked antisemitic stereotypes, but a subsequent, vexatiously interpreted image of it, endlessly trafficked by sectional Israeli interests to smear one of their most prominent, and successful, ideological opponents.

Various commentators have tried to present the protest and its sequel as evidence of a worrying decline in racial tolerance in Australia, in which Jews are particularly victimised.

Quite the contrary. What threatens race relations in this country is not the ordinary exercise of democratic prerogatives, among which disruptive protest holds a central place. What undermines Australian racial harmony, such as it is, is the politically motivated instrumentalisation of a very serious charge — anti-Semitism — for short-term political gain. This trivialisation of racism risks tainting, by association, the very real racism — against Aboriginal people in particular, but also against Muslims, Jews and Asians — that is an undeniable blight on Australian life. It is irresponsible; it must not be entertained.

Claims of Lynch’s anti-Semitism should be dismissed as what they are: a deplorable attack on one of the strongest voices for Palestinian justice in our community.

The University of Sydney has responded to the allegations by launching an investigation into the incident.

*Nick Riemer is a member of Sydney Staff for BDS, a group of University of Sydney employees campaigning for the university to endorse the academic boycott of Israel.

Crikey Clarifier: what is Shurat HaDin and why is it suing a Sydney Uni academic?

Jake Lynch ‘relieved’ to be cleared of serious misconduct

It is very disappointing to see that the Jewish community which has endured enormous suffering under the Nazis has very little sympathy or empathy for the suffering and indignities that the Palestinians are suffering under the Israeli government. It seems as if the Israelis want to completely obliterate and or subjugate the Palestinians after occupying the Palestinian’s homeland.
The irony of it is that any person who tries to put this point across is labelled anti-Semiti. Jews are very intelligent and intellectual people and I am sure they can see this point. It appears that they are so blind sided by their loyalty that they cannot see their wrongs. Some or all of them need to display the courage and fortitude to resolve the problem.

Thank you for this clarification. The charge of anti-semitism against anyone who opposes the state of Israel’s aggression towards the Palestinian people is patently wrong and unethical. Further evidence of abuse of power.

Cue the people that can’t resolve a pun: Jewish ideology = Jewish genes for the illiterate.

Irrespective of the value of either side in this debate, I don’t have much sympathy for the protesters interrupting the talk to make their point. They can protest outside the lecture without interfering in the other side’s right to have the talk in the first place. Likewise they can hold their own event on campus discussing their opposition to Israel’s treatment of the Palestinians.

Seriously, it takes some real gall to walk all over the rights of others (by interfering with their right to speech and to gather unmolested in a space for discussion) and then complain about your own right to protest being breached. How about some of these groups learn to respect the rights of those they disagree with, and accept that reasonable people may disagree on some issues. They might find they are taken more seriously if they do.

The BDS movement is at its core antisemitic. One can and should criticize Israel as they would any nation. But to suggested that we embargo Israeli academic and cultural exchanges, products etc… and then call Israel an apartheid state is pure ideological pornography. Especially given that many Israelis, progressive, secular and left wing are opposed to Likud policies. What is worse is that the pathology which underwrites the BDS movement is antisemitic as the BDS movement does not distinguish between Apartheid in former South Africa were black south Africans has no voting rights, no access to education or health, whereas in Israel regardless of the conflict the largest proportion of new doctors emerging from universities are Arab Israelis, many of the wounded in the recent Hamas vs Israel conflict were treated in Israeli hospitals, and Arab Israelis vote. I mean Netanyahu used the fact that Israeli Arabs vote as a way to galvanize the right wing. When did in Apartheid South Africa the whites use fear of black votes as a leverage in and election? What is more profoundly racist about BDS is that they never focus on the appalling conditions of Palestinian refugee camps in Lebanon, or the horrific killing and explosion of Palestinians in the Syrian conflict. What of pan-Arabism? What of the opening of Gaza by Egypt? Or don’t Arabs in the Middle East have any agency at all? It’s sheer racism to consider Arabs as pawns and victims. Worse, the treatment of gays, women, dissidents in Hamas held Gaza. Yes, attack Likud, yes attack settlers, but calling for the isolation of Israel, when only Tunisia is clinging to a nascent and fragile democracy among all Arab states, when Egypt, Lebanon, Syria and Saudi Arabia treat Palestinians as second class citizens is evidence of the BDS movements myopia and racism. Over 250,000 people have been killed in Syria and the horrific ISIS is on a Pol Pot like killing spree, over 1.2mil refugees have been created in Syria, but BDS say nothing. It is simply evidence of the BDS movement’s innate antisemitism sadly disguised as a progressive movement.