When will the Greens be able to stand on their own instead of reflexively preferencing Labor? 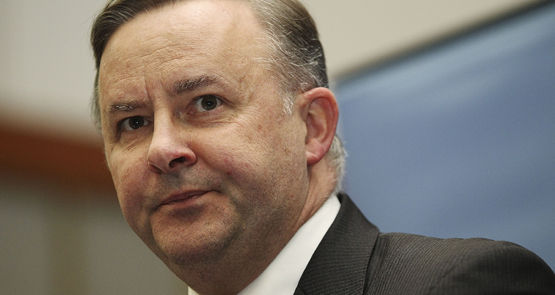 The preference deal reached by the NSW Greens and NSW Labor for Saturday’s state election is causing deep disquiet among politically savvy members of both parties.

Under the agreement the Greens will recommend preferences for Labor and Country Labor candidates in 68 lower house seats and Labor will preference the Greens’ “above the line” ticket in the upper house ballot to assist the re-election of Dr John Kaye and Dr Mehreen Faruqi and perhaps Justin Field.

Media reports of the arrangement have been misleading. They refer only to 25 seats where the Greens are offering preferences, which ignores the fact that the arrangement extends to Country Labor as well.

The Greens have placed Labor (and Country Labor) No. 2 on their officially registered how-to-vote tickets in:

While Greens members in individual regions across the state reached their decision by ballot, the ALP’s preference decision was taken by the party machine and members heard about it from the media.

Labor members and their Greens counterparts are on comradely terms in the 68 seats where preferences are on offer, but the two parties are daggers drawn in the inner-Sydney seats of Newton and Balmain.

Party antagonisms were revealed in an interview given by federal Infrastructure and Transport Minister Anthony Albanese and federal Education Minister Christopher Pyne to 2GB’s Ben Fordham.

Fordham: Is this a case of whatever it takes, Albo?

Albanese: This is politics with preferences being granted in 25 seats [quoting media reports of metropolitan seats only]. That means they’re not doing it in 68 seats — they are not giving us preferences.

Albanese: So for goodness sake, we are putting forward our own policies … The Greens are out there off the planet. They support, for example, no airport at Kingsford Smith. They want to shut it, but they oppose Badgerys Creek and Wilton as well  …

Fordham: I’m just writing this down.

Pyne: Don’t you need to make a choice, Anthony? Your leader is in bed with the Greens.

Fordham: I’m just writing this down, Anthony — “the Greens are out there off the planet”. So is the message that Luke Foley needs to hear and get rid of this preference deal in those 25 seats?

Pyne: You want to have your cake and eat it too.

Pyne: Luke Foley’s getting into bed with the Greens.

The caustic exchange demonstrated the damaging fall-out from the Labor-Green agreement. It raises the question: why do the Greens feel compelled to preference the ALP at state elections? When are the state Greens going to grow up and stand on their own two feet as an independent party with their own distinctive platform?

It starts with the recognition that the Greens are not the “Left wing of the Labor Party”, not a single-issue protest group, and not an amorphous crowd of tree-huggers in koala suits.

There is arguably a case to be made for the Greens dealing with Labor at a federal level where national policy on the environment, climate change and international relations are paramount issues. But in state politics, the ALP is a very different beast. It is preoccupied with property developers, exploiting state assets, allocating mining and gas licences, reaping gaming dollars and working hand-in-glove with the police.

In these policy areas, the Greens and Labor have nothing in common. Indeed, they are in complete disagreement.

The 2015 Labor-Green preference agreement has merely provided the Coalition with an argument to call on electors to vote Liberal or National because “a vote for the Greens is a vote for Labor”.

Although the Greens won’t admit it, they suffer politically when they are depicted in the media as “Labor’s poodle”.

Giving preferences is a tactical and strategic decision. There are no hard and fast rules and certainly no principles involved. The only question is whether it enhances the party’s popular standing or not.

In Saturday’s election the argument in favour of the NSW Greens standing on their own — establishing their independence and integrity with the electorate on issues like fighting corruption, coal seam gas and privatisation — is simply overwhelming.

Alex, I think its a huge leap of journalistic imagination to pronounce an attempt by Anthony Albanese to respond to a hostile interview on 2GB (together with goading from Christopher Pyne) as a demonstration that the NSW Greens-Labor “marriage of convenience” had “soured”. What your article should have covered was the real benefit to Labor in getting Green voters (who normally have a high exhaust rate) to preference at all. Labor (and Albanese) would know that this made all the difference in Queensland in seeing Campbell Newman lose the unlosable election. For the Greens, any arrangement that can quarantine Balmain and Newtown but help them get not two but three MLC’s elected (as well as put pressure on a Baird re-election ) is beneficial. The alternative to this is not (as you say) “the NSW Greens standing on their own — establishing their independence and integrity”, but the likelihood of a bunch of mad-hatter parties getting election on Labor preferences instead.

Deals made largely on the whims of Party Powerbrokers (even if this is sometimes cleverly disguised by backroom manipulators giving locals a sense of influence) tend to turn a tad sour when the Powerbrokers’ interests are unavoidably clashing as is the situation you mention.
What the political scene needs more than anything else is large numbers of voters joining the major Political Parties which end up forming our various Governments. Provided, of course, their motivations are their concerns for Australia as a whole, as opposed to such things as pushing sectional interests; helping a friend; kowtowing to Politicians so they can boast about their important colleagues.
Unfortunately, with the stench now lingering in the world of politics, the numbers of such people seems unlikely to be legion in the near future.

I’d say it’s pretty simple to see why Greens would preference Labor. The majority of Greens, given the choice between Labor and Liberals being in power, would prefer Labor. Of course they want to win seats themselves, but this is the whole point of preferences, being able to say that if I don’t get my first choice, then this is what I prefer of the remaining choices. I suspect that regardless of any deal many Greens branches would come to that decision anyway, something that Labor is well aware of and why quite often they don’t do a preference deal with the Greens (e.g. when they preferenced Family First above them in Vic). As also pointed out by Honest Johnny above, with optional preferencing there is much more incentive for a deal because people not preferencing leads to something approximating first past the post which is wide open to the part of the electorate not wanting the Liberals in having their vote split.

Yes I am starting to wonder how you got a job with Crikey
Alex Mitchell, do some inquiring about the articles you want to write about, I don’t want your opinions, everyone has a opinion, it’s just laziness not to spend time researching things through, as I keep saying if I need opinion I will buy the News Corp crap. There is no one there worth paying, although as far as propaganda goes I suppose their worth there weight in Gold. hi hi.

Alex you can’t have your cake and eat it as well. Either the Greens do a preference deal that has some benefits or they don’t. If they don’t and the ALP misses out by 2 or 3 seats that Green preferences would have swung then people like yourself would be lining up to savage the lack of political nous that enabled a conservative government to be elected. Of course the Greens need to allocate preferences and this is best done in return for another party returning the political favor. This is politics 101. To suggest otherwise is naive at best and malicious at worst. Who would you suggest the Greens preference, the Nationals, the Christian Democrats or the Trots in the very few seats that they run in for the 50 to 100 votes that they get?