NSW elections go back to the future ... a mayor takes the mic in defence of his patch ... Fairfax listens to Stephen Mayne ...

NSW votes with love and in the future. With the NSW election just four sleeps away, voters have been doing some digging to find out more about their electorates, and one tipster has found that for the seat of Lismore, the ABC’s election guide has gone back to the future, listing the 2011 result as the 2077 result. While we’re sure the Nationals’ Thomas George likes the look of the Nationals holding the seat decades from now, Ms Tips notes that if NSW continues to regularly hold elections every four years, 2077 would not be an election year. Unless there’s a byelection in Antony Green’s crystal ball.

Also on the topic of the NSW election, the chief executive of Infrastructure Partnerships Australia seems to love poles and wires. And also loves the $20 billion the government would get from leasing them. Or something — it’s a bit odd … 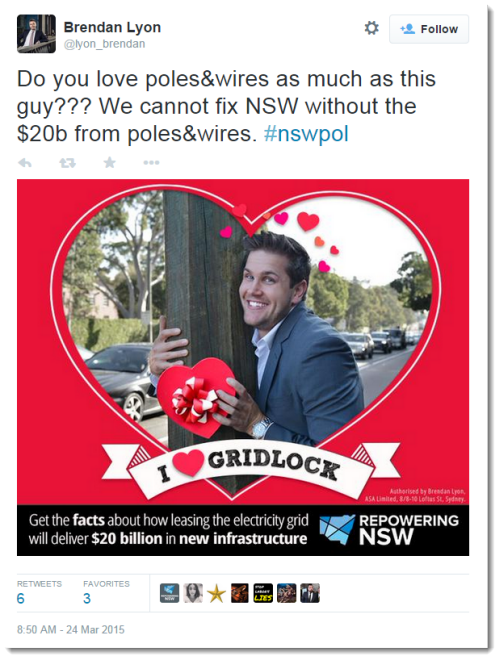 Spelling bee buzz. Our tipsters are some of the best spellers out there, picking up errors across the media (including in Crikey, where we assume the corrections come with love), so we are happy to tell you that Channel Ten has commissioned a new TV series called The Great Australian Spelling Bee. Ten is calling it an “exciting, new, family entertainment series,” but Ms Tips is hoping for the Hunger Games of spelling. Entries are open at the moment, but disappointingly, they are only open to children between the ages of eight and 13. Ms Tips has one word of warning to potential contestants — “miscellaneous”. Getting a word wrong as an 11-year-old will haunt you until the end of your days.

What rhymes with Queanbeyan? Crikey‘s Canberra-based readers are always very passionate about defending their city against attacks, but we seem to have found a town with even more local pride — and it’s right next door in Queanbeyan. Earlier this month Coda Conduct, a Canberran rap duo, had a dig at the NSW town, calling it “basically a part of the ACT” on Triple j. Queanbeyan locals took umbrage with this description, and decided to defend themselves — obviously in the form of a rap battle. Proud Queanbeyans Macho Duck have recorded an ode to “Quang City”, which namechecks Skywhale (“a big giant balloon with amazing tits”), Mark Webber and local fashion (“tracky dack until I die”). They are joined on the track by Queanbeyan mayor Tim Overall, who uses his “sick flow” to “spit bars” and “rep this city near and far”. It sounds horrible, but the lyrics are actually not that bad. You can listen to it here and check out photos of Overall in the recording studio here.

Labor preselection updates. Last week we got a tip telling us that Mike Symon had won the local Labor preselection for the federal seat of Deakin, which Liberal Michael Sukkar won last election by a small margin. Now we hear from a tipster that Tony Clark has won the race to represent Labor:

“The results of the local ballot as counted by the appointed Returning Officers: Pauline Richards 33 Tony Clark 37 Mike Symon 57 after preferences were distributed by eliminating the candidate with the lowest number of votes the results were: Tony Clark 60 Mike Symon 65 Exhausted 2 The 100 member Public Office Selection Committee (POSC) met on the 18th of March to vote in the 2nd part of the Deakin preselection. Under the ALP Rules the POSC has a 50% weighting in local preselection ballots. POSC vote on the 18th of March, the results being: Not voted 48 Tony Clark 40 Mike Symon 12 When the local vote and the POSC votes were combined Tony Clark was the winner .”

If, like us, you’re thinking that is a very high number to not vote, we hear that the Left abstained from the vote for the seat, wanting to let the Right factions fight out between themselves. Clark was the Labor candidate for the seat of Ringwood last election, and posted on his Facebook page over the weekend, “I will be working tirelessly to stand up for my community, my neighbours, their families and friends. I want a fair go; to understand by talking with as many people as possible.”

Fraser memories. After yesterday’s story about the day the AFP had been protecting former PM Malcolm Fraser with no bullets in their weapons, we got this anecdote from another tipster:

“Fraser would not have been surprised at the story of the AFP gun with no bullets. I heard him tell a story about being protected by the AFP while he was fishing in Tasmania. He took with him a new outboard motor, the better to reach the more inaccessible parts of the Tasmanian lakes. When they made camp for the night, Fraser made sure his outboard motor was safely chained to a vehicle. The next morning he found the two AFP officers boiling the billy. ‘Quiet night?’  ‘Oh yes Prime Minister’, they replied.  ‘Then where the hell is my outboard motor?'”

There will be a state funeral for Fraser at Scots’ Church in Melbourne on Friday.

Mayne the matchmaker. In the not-too-distant past, the board of Fairfax was where the luminaries of corporate Australia went to retire — it was cushy, not too difficult, and certainly prestigious. But the times have changed, as evidenced by the two most recent appointments to Fairfax’s board. Late last year brought news of ad guru Todd Sampson, who was approved overwhelming at the annual general meeting (with the exception of Gina Rinehart, then a major shareholder, who voted her shares against him). During this year’s AGM another name will be put to shareholders: Nick Falloon, a former PBL lieutenant twice fired by James Packer who nonetheless has a wealth of media experience.

Where did Fairfax get the idea to put Falloon on its board? Well, Crikey founder Stephen Mayne gave them a helpful hint suggesting as much in 2010. “Nick Falloon told me yesterday that he was looking for a couple of Sydney-based [non-executive director] positions in 2011. He’d be perfect for Fairfax, especially if a vacancy opens up with Greg Hywood going permanent,” Mayne told Fairfax corporate secretary Gail Hambly in an email in late 2010. Hambly passed on that Fairfax chair Roger Corbett had thanked Mayne for the suggestion. Four years later, and Falloon is the presumptive next chair of Fairfax. Never say Crikey isn’t here to help.

Wearing your heart on your sleeve. A tipster has pointed out to us that an online clothes store is offering punters the chance to buy a T-shirt featuring the pattern that adorns the seats of Melbourne’s trains. It can be hard to recognise the pattern, as it’s not faded and doesn’t have any weird stains, but it might be helpful when it comes to avoiding ticket inspectors. 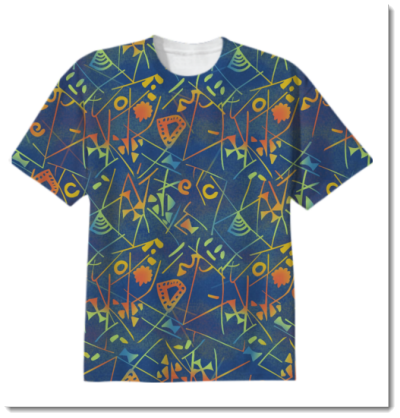