Rundle: the dark side to Mia Freedman’s life blather

Mia Friedman has written a long article about her anxiety and the marvelous medicine that cures it. But she doesn't mention all those silly side effects -- like coma, convulsions and possibly death. 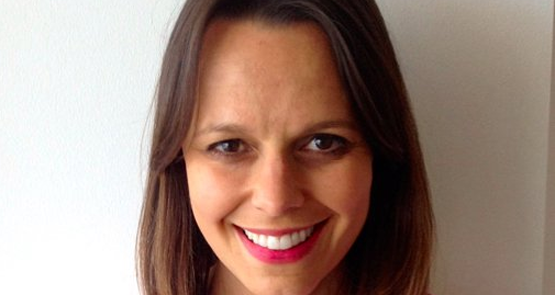 Many years ago, a leading conservative wrote a column in the old Melbourne Herald about the Doug Anthony All Stars. Later I asked him if he’d been pranked by DAAS — had they somehow smuggled a fake op-ed in under his name?

Wasn’t the case, and would have been difficult to do in those quill-and-platen days. Seems to have occurred in the new Debrief Daily, where someone has used Mia Freedman’s name to write the inch-perfect parody of self-absorbed life blather. From the title “I’m finally ready to talk about my anxiety …” to every detail, this is a masterpiece. Thrill to Mia’s commitment to working out her problems via three different therapists, followed by her conclusion that it’s a chemical imbalance, and her manic professional self-promotion has nothing to do with it; cheer as she plugs a brand-name drug three times, sounding like an old snake-oil testimonial. Marvel at this kicker:

“To subscribe to Mia’s free weekly newsletter where she writes exclusive content about her life, shares links to what she’s reading online and includes photos of her often ridiculous outfits, go here.”

Because, hey, why deal with anxiety by reducing excessive self-consciousness when you could take an anti-depressant — the drug she’s taking is just a Prozac variant — and power on with a life where you’ve commodified your own selfhood to build a media brand?

Actually, sadly, one will have to be serious for a moment: Freedman is spruiking a drug with serious side effects. Quite aside from the standard SSRI side effects — sudden attacks of suicidal thinking, reduced sexual response, vomiting, tremors, and a couple of rare (very rare) fatal conditions (serotonin syndrome), the particular SSRI she’s advocating causes birth defects in children if used by pregnant women, and has the highest rate of suicidality onset of all the SSRIs — so much so that in the United States every packet has a “black box” warning — a heavily bordered prominent notice alerting users to a high suicidality risk. Oh, and in 2010 its manufacturer was fined $300 million in the US for illegally marketing the drugs to children.

More generally, it’s a little odd for a self-confessed hypochondriac to be so enthusiastic about what some describe as a neurotoxin. It works by blocking the receptors that absorb serotonin in the brain. Ample evidence now suggests — surprise, surprise — that long-term use of such drugs creates habituation and, via atrophy, a depression that resists treatment. The term now applied is “tardive dysphoria” — pity really, as it would have made a great name for Mia’s weekly newsletter.

Not the worst thing, but still pretty crap, about this is that it will feed into mugwump Mark Latham’s argument that there’s no depression or anxiety, it’s all a plot by professional women, and all you need to do when feeling down is stay at home for the rest of your life, and you’ll be right as rain. Anti-depressants are hugely over-prescribed — especially now as they are marketed as anti-anxiety, anti-social-phobia, anti-OCD drugs, so they can be re-patented and have their brand names plugged in lifestyle articles — and depression and anxiety overdiagnosed. But they are both real phenomena that largely afflict the powerless and trapped.

If you’re neither of the latter, then before committing to permanent use of a drug that’s a cousin of ecstasy, maybe you should, I dunno, examine your life, and see if changing it will help — especially as some people appear to be regarding you as a guide to life, a thought that has me reaching for the MAO inhibitors. Good god, Dr Kennett will be in on this next, the Black Dog Institute snapping at his heels, Beyondblue hovering like the shadow of Skywhale over the debate. The powerful might need to address issues labelled, accurately or otherwise, depression and anxiety, by changing their lives. The powerless need more power over their own live to address such issues, so the change has to be social as well.

Well, maybe I’m being a little harsh. There’s a common “evangelical” effect that happens when people take a drug that starts working for them (and that they believe, wrongly, will work at that pitch indefinitely) — and that is to a) tell everyone about it and b) consign all one’s difficulties to having a physical cause. Freedman seems to have got a bad case of this, and, by a rough count, 15 blogs where she can talk about her own life, and her affliction of feeling continuously scrutinised etc, etc. Most likely in a couple of years, there’ll be a “my drug disaster” story.

In the meantime, would it be too much to ask people writing about whatever this thing is that we call “depression and ‘anxiety” to do a little cursory research before they sound off? This thing, cosa nostra, has clearly become a feature of Australian life, more so than elsewhere. While trying to work out what’s going on, it might be best to avoid giving one-sided meds recommendations to your fanbase.

Are antidepressants the answer for depression?

Correct me if I’m wrong, but I don’t think you’re in much of a position to be offering medical advice either. This article could be seen to evangelise *against* medication, which is surely as potentially dangerous as evangelising for it? Unless you’re basing your advice here on personal experience you’d seem to have even less authority on the matter than Mia Freeman.

So, I started reading this thinking it was a spoof and thought it was good, but a bit over-obvious. But is it actually the real thing??

I don’t understand why politicians who have contributed to the marginalisation and depression of those far less powerful than themeselves are hailed as “brave” for writing about their own experience of depression without reflecting at all on the ways in which they may have contributed to severe depressoin – probably to the point of suicide – in others. Andrew Robb is the prime example here.

I like your work Rundle but as a pharmacology major I can’t help but feel as though though you’re fighting a sensational spruik with a cynical derision. Sure antidepressant medications are probably overprescribed and can have a variety of side effects, but labelling them as deadly neurotoxins denies their potential as an effective treatment strategy in some situations and ignores the fact that virtually all drugs, from paracetamol to methamphetamine, can be described as neurotoxins in certain contexts. And how SSRI class drugs be described as a ‘cousin’ of MDMA, a powerful serotonin/noradrenaline releasing agent, I’m not sure.

I would certainly support anyone and everyone trying a little self-reflection and changing of negative habits in thought and deed prior to taking up any medication.

Self-absorption might be the currency of the day, or should I say, du jour (pretentious, moi?) but it has a long term effect much worse than most addictions.

Sure, some people must have some chemical imbalances, but that pre-supposes the existence of chemical balance, and I’m not sure that such a thing exists in humans. Does it?

@Luke, the issue may be that when your a pharmacologist, everything looks like it needs a drug for a cure. I may be interpreting GR incorrectly, but I think that’s the point.

In any case, you would know that the effect that a particular drug has on one person cannot be extrapolated to any other person, which seems to be what Ms Freedman is doing.

Although I could be wrong on all points.