Malcolm Fraser made a remarkable journey from Right to Left, and if it was incomplete, partial, contradictory, it is no less brave. 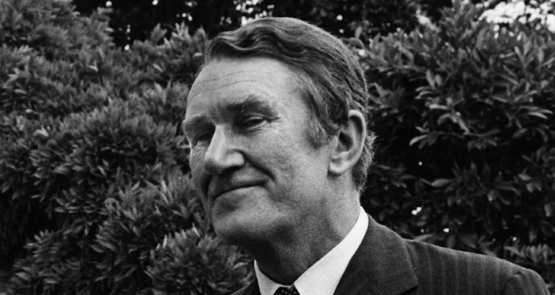 The Fraser Wars: My god, we really can have a culture war over anything, can’t we? The Fraser Wars kicked in following the announcement of Big Mal’s death, and they haven’t let up. There is a vague suggestion of the hysteria that attended the Ayatollah Khomeini’s funeral when a hysterically grieving crowd tore his body from the coffin and tried to touch it, tearing at the shroud to get a fragment of cloth.

In The American Conservative (a fine magazine, by the way, by far the most interesting publication on contemporary politics and culture in the Anglosphere, and well worth a look), R.J.Stove claims Fraser as a Burkean — i.e. a conservative guided by prudence, balancing tradition against abstract knowledge, and suspicious of total systems of thought. In The Guardian, Julian Burnside argues that Fraser’s politics were relatively consistent over the decades and the country changed. On Twitter, Dr Tad and the Piping Shrike, the Statler and Waldorf of Australian post-Trotskyism, entirely exaggerate how right-wing Fraser’s governments were. Quadrant, true to recent form, has an anti-eulogy that heaps particular scorn on those who cross the Left-Right divide — pretty funny in a publication edited (until recently) by Keith Windschuttle, a great admirer of Pol Pot — until the late ’70s, when that role was taken over by … Malcolm Fraser, who obliged Thatcher, Reagan and the Chinese by recognising the Khmer Rouge as the legitimate government of Cambodia.

It is ludicrous to suggest that his governments were particularly right-wing. Let’s deal with the last first. St Gough used to call the Fraser years “the interregnum”, and there was a degree of truth in that — but not out of any residual left-liberalism in the heart of the Ayn Rand-loving Cold Warrior. As PM, Malcolm Fraser trod carefully for the same reasons that Robert Menzies had. They recognised that the power structure of Australia — from 1907 and the Harvester judgment into the late 1980s — made the Australian Parliament and federal government among the weakest in the Western world in practical terms, against institutions that guaranteed statist industrial relations, protectionism, etc. The Right had tried to smash this residual power several times, most strenuously in 1927, which had led to the election of the left-wing Scullin government*. Fraser knew how much residual power lay with the labour movement and how much the 1975 election result was a decisive sacking of Whitlam, not an endorsement of Fraser himself. Some things the Fraser government did were from liberal principles, but a lot of it was the observation of a truce. Even initiatives like SBS had a lot to do with the new politics of multicultural clientalism, winning the support of “ethnic” “community” leaders, etc.

The Khmer Rouge/Pol Pot endorsement shows the degree to which Fraser had been a signed-up Cold Warrior. Gerard Henderson (fellow member of Scullin Club) has been reminding people of a couple of inconsequential foolish endorsements the late Tom Uren made of the Khmer Rouge. But he and much of the Right refuse to acknowledge the appalling degree to which the United States, United Kingdom and Australia (we dropped out early, thank god) propped up the KR in a jungle fiefdom throughout the ’80s, extending the misery of the Cambodian people by a full decade. Soon after her death, The Spectator noted Margaret Thatcher’s battiness on this point — that she harangued Gorbachev about Communists always invading people. “Look at Vietnam and Cambodia” she is reported as saying. Which raises the question as to what she thought the KR was — a question made more pertinent by the fact that by 1986, UK special forces were in Cambodia training KR forces. The weird relationship between Reagan, Thatcher and the KR went beyond the realpolitik of opposing Soviet-backed Vietnam in the region — to a degree they appeared to attach to the KR’s ethnic-nationalism, saw it as a form of patriotism against the alleged internationalism of Soviet Leninist politics.

“That was the shift Malcolm Fraser made. It was as dramatic as any of the radical Left to Right shifts that have occurred — but unlike Windschuttle, Pearson, etc, it was not done as an expression of neurosis and male hysteria.”

Fraser signed up for that against protests and resignations in his own party — and it’s emblematic of where he stood for a long time. So his shift to a position that saw the US as a unique danger to the world can in no way be seen as a consistent position across time. Nor can it be seen as the Burkean position that Stove argues — the idea that the US has been seized by a neo-Jacobin elite with a one-dimensional model of global domination, and that such people can be turfed out and a virtuous republic restored. This is a Right position, favoured most recently by Tomas Tomasovitch Switzernitsyn, Putin’s pal Down Under — but it’s not Fraser’s.

Dangerous Allies makes clear that Fraser had a major shift of position, and that his new position on the US came from the radical Left, which argued that the US was an imperialist power for a whole series of ever-more deeply embedded reasons — most recently that a global empire was necessary to maintain oil supply and fixed markets, prior to that to encircle the Soviet bloc post-1945, prior to that to guarantee raw materials, and at its root came from American exceptionalism — the idea that its founding revolution was one on behalf of mankind, ushering in the final form of government for humanity, and licensing not merely bloody wars, but the reconstruction of conquered territories (“free” markets etc) in the American image.

That was the shift Malcolm Fraser made. It was as dramatic as any of the radical Left to Right shifts that have occurred — but unlike Windschuttle, Pearson, etc, it was not done as an expression of neurosis and male hysteria. The great moving Right squad in Australia had been among the most foolish members of the radical Left — Windschuttle had advocated the revolutionary use of LSD before he fixed on the certainty of peasant revolution in the Hunter Valley, Pearson went from Adelaide Maoism to the Latin mass, Paddy McGuinness managed to fail at being an anarchist in London in the late 1960s, which takes some doing** — and so they sought a completeness across the other side.

Fraser never did so, thank god, never became a rangy Western District Widmerpool, crowd-surfing Homebake in a tie-dye three-piece — though in a way he really could have done with it. But he never sought to square his new and radical analysis of the US — “war and domination in their DNA” — with the nature of capitalism and its need to expand into new territories and make over particular and bounded societies into abstracted and dominated markets. Having seen the supercharged version of imperialism as spruiked and put into action by the neocons, he dug further, came to the conclusion that deep trends within the US threatened the survival of humanity, refused to mount it as a face-saving argument about “clash of empires” and in doing so, repudiated much of what he had based his life upon. Such intellectual/existential courage is minor compared to bodily courage — but courage it is, and even if that did not make it worth remarking on, the simple accuracy about our political history does. Let’s stop grabbing at the shroud please, and assess the lives of public figures as we assess our own — partial, contradictory, complex and never adding up to anything that could be stated simply.

*somewhere in my living will, there is a clause instructing people to cease treatment if I start talking about the Scullin government. That stands.

**note to new Quadrant editor John O’Sullivan — two of the people on that list are your predecessors, and the other was on the board. Good luck, pal!

The description of Fraser’s political views on America may be plausible but he himself never articulated them that way, and I doubt he would have. And since the courage and historical relevance of such (authentic) shifts are a function only of self-articulation, I still think Fraser is getting a whopping free pass. You’re a breathtaking writer with an intimidating grasp of the sweep of Oz history… Maybe there’s a risk of injecting/projecting a little too much sometimes.

Me, I just find it too hard to reconcile that kind of shift with a complete refusal by Fraser to give the tiniest bit of ground on 75. I’d have believed him on the U.S. today if he’d been prepared to even countenance errors there. Never; so to me Fraser going the Yanks for anti democratic subversion in his dotage, without reevaluating his own use of power, was no more interesting or authentic than say Chopper
Read bemoaning the nihilistic violence of today’s yoof in his late day incarnation as another brand of bad boy turned loveable old sage for a certain kind of breathless prog of a certain age…

Poor old Boomers: forever looking for mentors and gurus and charismatic historical figureheads…Giants of Our Times, I think it goes…

Good comment Jack Robertson….could not have put it better myself.

The idea that Fraser was a consistent anything and the Liberal Party unilaterally moved to the far right of him is sheer nonsense. They both moved, with Fraser lurching to the far left with such fantasies as urging Oz to break the US alliance and go it alone.

If anything Fraser was a Tory on a 30 year guilt trip over his past ruthless use of his scarcely earned privilege.

Bit like an old prostate going off with Lady Gaga and coming home with tats, chains and ear rings you can stick your little fingers through.

Oh I forgot Fraser’s infatuation with Bob Mugabe, and nobody has yet informed me if Southern Rhodesia’s Pol Pot is coming to Mal’s funeral.

If anything we should be lauding a real leader of our times …Lee Kuan Yew…a giant to big Mal’s pygmy.

Yep, Ken, I think the guilt trip explanation is by far the most coherent and plausible. Banal and uninteresting as it is. Still, that’s Occam for you: low and uninspiring standards, underwhelmingly achieved, largely by default. Bit like Fraser’s economic record/Treasurer, really.

Garden variety guilt (paralysed into inarticulation by the usual uptight born-to-rule arrogance/insecurity) is certainly the most historically just way to explain his frankly dilettantish late day propheteering about imminent Western collapse (those of us who posit such ideas genuinely have fucking well earned the right, via a lifetime of condescended ridicule). It’s not hyperbole to say the Dismissal destroyed a lot of decent Australians politically for life.

“Such intellectual/existential courage is minor compared to bodily courage ”.

I have to disagree with this line – changing your mind is a much rarer phenomenon than risking your life, and the fact that it generally treated with less respect is a shame.

It’s more like Fraser was a meglomaniac who became senile and made statements for media attention in his quest for fame – he was a despicable creature.