Why are victims of Pel-Air crash not entitled to compensation?

If you get hit by a truck, you can claim compensation. But if you are injured and mentally scarred in a plane crash, tough cookies. 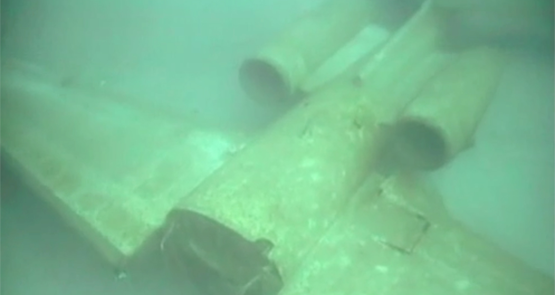 Australian domestic air travellers are no longer able to claim psychological trauma compensation under a change to laws that has only come into the spotlight through a Four Corners expose of the terrible consequences of the Pel-Air crash on nurse Karen Casey, who was seated exactly where the tiny jet broke apart when it was ditched near Norfolk Island in 2009.

What do the shocking revelations by Four Corners about the legal rights of the survivors of air crashes really mean?

At one level, they means that if your flight pancakes into the sea and breaks up around you and apart from the crippling back pain and other effects you remember nearly drowning and fighting for your life for the rest of your days, you don’t get psychological damages or compensation for post-traumatic stress disorder.

For real. Had you been in a train crash, or cut out of your car six hours after it was pounded into a shredded metal box by a truck or bus, or rendered a mental wreck in an industrial accident, you could sue for personal and psychiatric damages or post-traumatic stress disorder.

But in 2013 Australia decided to harmonise its protections for the survivors of domestic air crashes with the Montreal Protocol, so now Pel-Air does not owe any compensation to victims of the crash.

The government did freakin’ what?

Governments in Australia have all been keen on “harmonising” our laws and regulations with those accepted as global protocols as well as multi- or bi-lateral trade or regulatory agreements. Trouble is, signing up for weasel words like “world’s best practice” and “harmonisation” can mean giving up the higher Australian standard for a plane load of shit, which is what we did, and what has happened to Karen Casey.

In things like the International Civil Aviation Organization aviation regulations and other broad international agreements there is only one box to tick when it comes to excellence or standards. Everyone can claim “we’re doing world’s best practice” when in fact we are doing the absolute minimum needed to sign up to whatever the deal is.

The requirements for that “box” are regularly negotiated down to whatever suits business clubs like the International Air Transport Association and ICAO, which are substantially run by the airlines for the airlines.

Things like human or consumer rights don’t even register. This is the dead hand of convenient conformity when it comes to international conventions and agreements.

Is anyone going to address this ridiculous state of affairs?

This is so embarrassing that Senator Nick Xenophon’s vow to introduce a private bill this May (next sitting sessions) might actually get traction. He is proposing legislation to restore the same rights to air travellers as citizens have in other accidents involving things that move you or can fall on you.

Xenophon had success doing something similar last week when he moved a disallowance motion to prevent aviation rules that degraded the standards by which aircraft repairs could be signed off by people other than licensed aircraft engineers.

It was a very strange episode, because the Labor senators voted with Xenophon to disallow changes made under the previous Labor government while the Coalition supported keeping them.

What caused this to happen?

I have not only been an aviation reporter for half a century, but I am also a disciple of Henry Maher and Peter Wilenski in public administration. Ministers rarely resist their department heads when it comes to buzz words like “protocols” and “best practice”. I don’t think they actually think about what it does to people.  If Anthony Albanese or Warren Truss actually thought about what has been going on in the aviation regulatory and legal spaces when they signed off or defended atrocities like the one perpetrated on Karen Casey then that was deliberate and calculated evil.

I don’t think they did much more than nod their heads at whatever their advisers pushed in front of them.

What about the Pel-Air crash anyhow? Where is it at?

Where to start? A rotten-to-the-core safety regulator, the Civil Aviation Safety Authority, hid the truth about its own culpability in setting up the administrative vacuum in which Pel-Air was able to break dozens of rules or obligations; the safety investigator the Australian Transport Safety Bureau tried to pin it all on the pilot;  and the ATSB’s Canadian peers told them they had screwed up, also revealing in passing that the final report was preceded by turmoil within the ATSB as it wrestled with its direction in the final months before it was released.

That ATSB report is now being redone, unfortunately by the ATSB, possibly adding to the damage this episode has done to Australia’s air safety reputation, and to the lives of all onboard the Pel-Air flight, including Bernie Currall, the patient, who died earlier this month.

The outcome of broad legal action by Ms Casey against Pel-Air in the NSW Supreme Court hasn’t yet been determined.

It is terrifyingly easy to plant a bomb on an airplane

Pel-Air crash investigation was a debacle from go to whoa

“Insurance”?
[Against how high culpability extends up the chain of accountable responsibility? Especially in an industry so oriented to self-regulation – with minimalized government oversight, to the point of “facilitators”?]
ASIC? CASA? Window dressing store-dummies?

“It was a very strange episode, because the Labor senators voted with Xenophon to disallow changes made under the previous Labor government while the Coalition supported keeping them.”

I thought regulations could only be disallowed within a certain number of sitting days of them coming into force? Has it been too long since the Labor govt for this to be the case? If these regulations are vetoed, what takes their place?

Mate of mine decided to kick-on as a LAME. He grounded an AS350 or AS355 because of oil contamination with the rotor shaft bearing supports. They’re made of rubber and like many composite components on Squirrels (Eurocopters), their replacement/overhaul schedule is simply “On Condition”.

The owner operator refuses to comply and threatens to take his business elsewhere. The Workshop owner tells my mate that he has to ‘release’ the aircraft as ‘serviceable’ or else no job…

You would think that CASA would be keen to know about this sort of bullying wouldn’t you? Guess what…?

Four Corners covered this last night. An outrageous and cowardly position adopted by the airline and insurers. Xenophon must be shaping up as Ozzie of the Year.
Well done Ben for banging on over this unfortunate incident.

So,politicans in fact signed up for “world’s minimum safety standards”. Yet the documents referred to “world’s best practice”, which is an obvious lie, as this Pel Air crash has now demonstrated. Did anyone query the definition of “world’s best practice” in the agreements that these politicians signed off on? Hats off to Xenophon for his bill but should his not become a parliamentary inquiry? This is appalling.