‘When elephants go to war, the ants get trampled’: <em>The Hoopla</em> closes as field gets more crowded

Citing a crowded market and low revenues, The Hoopla is shutting up shop. 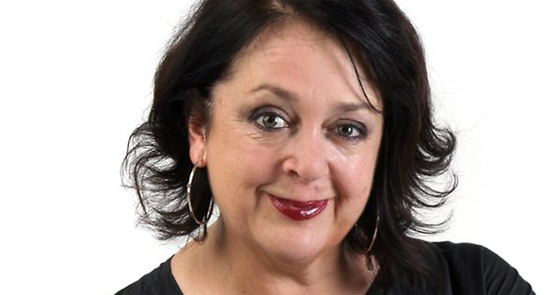 After four years, 300 writers, and 5000 articles, Wendy Harmer’s The Hoopla has from today ceased publication.

“From today we will be presenting a ‘best of’ from our archives and then ceasing publication altogether very soon,” Harmer told readers in a post:

“The online media game in Australia is evolving at dizzying speed and increasingly becoming one for players with very deep pockets — often supported by overseas media networks who are able to absorb enormous financial losses for their forays into the local market. Often the content offered is from writers and interns who work for free; reprinted from other sites or blogs and, increasingly, material under licence from the taxpayer-funded ABC.”

“Instead, at The Hoopla, we endeavoured to find original material from the best opinion writers and pay them for their labours. We operated on that proverbial shoe-string budget with never more than a handful of paid staff … and we also did our level best to find advertisers who saw our many passionate readers as worth talking to … However, in the face of enormous and radical change in the online space, we are unable to keep operating in our present form.

It was not lack of readers that did the publication in, as The Hoopla’s readership was at its highest point. The Hoopla receives about 400,000 unique browsers a month, Harmer’s post says.

A year ago, The Hoopla put its content behind a paywall. Few digital-only outlets in Australia operate successful paywalls, so The Hoopla‘s plan was bold — and risky. But the publication couldn’t survive on advertising alone, chief executive Jane Waterhouse said at the time.

Waterhouse told Crikey this morning that the problem with The Hoopla’s paywall was that when it launched last February, it was a “hard paywall”, one where only subscribers can read any of the articles. After a few months, subscriptions plateaued while traffic sunk, and a change of strategy was called for. A soft paywall was adopted in October, and since then, subscriptions have been growing 20% month-on-month. The Hoopla currently has around 5000 subscribers.

“The trajectory is positive, but it’s too little too late,” Waterhouse said. “It’s not enough to survive on subscriptions — you need affiliate income and advertising income, too … Putting that hard paywall up was our biggest mistake.”

When contacted this morning, Harmer told Crikey it wouldn’t surprise anyone to know advertising in the digital space was hard to come by. “And it takes a lot of money to run The Hoopla … to pay all the journalists in the way we want to pay them.”

The launch of these websites has had nothing directly to do with The Hoopla’s closure, Harmer said. “This isn’t a knee-jerk reaction. It’s something we’ve been looking at for a long time.” But the fact that an “almighty battle” is about to occur in the space isn’t a bad reason to get out now. “When the elephants go to war, the ants get trampled,” she said. “The timing has been extraordinary, but it’s just how it happened.”

But The Hoopla was also unique in that it was targeted at women over 50, a demographic badly served in the media and by advertisers, who put 90 cents in the dollar towards targeting those 15-54. As a small, independent website with a niche demographic, The Hoopla was affected by the launch of Daily Life, which sucked up a lot of the advertising in the sector. But The Hoopla‘s management was hopeful a paywalled offering would attract enough of a dedicated readership to allow it to stay away from playing a numbers game with advertisers. But subscriptions grew too slowly.

It’s not clear if this is the end for the website. “We’re not quite folding our tent yet and hope you’ll see The Hoopla pop up in another guise,” the post states. Meanwhile, Birdee, a website aimed at teen girls from the same publisher, will continue to be published.

Asked how she planned to celebrate four years of The Hoopla, Harmer said she had a few cupboards she hadn’t touched in years to clean.

“It’s been absolutely fantastic. I’ve just loved it. But it’s also been utterly exhausting, and there are a couple of kids who are very, very thrilled to have me back.”

After jumping through enough ad hoops, a paywalled circus begins