A former AFP officer recalls an instance when guarding the former prime minister did not go exactly as planned ... 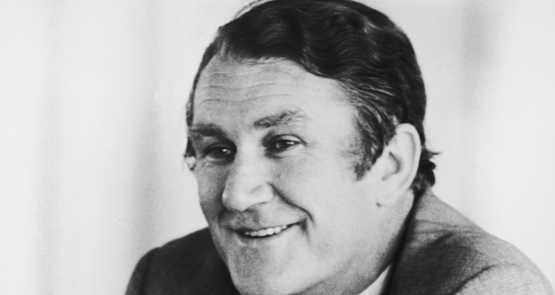 The year 1982 was a big one for Malcolm Fraser: he enacted Australia’s first freedom of information law; he and his wife, Tamie, visited the Reagans; he refused to stop construction of the Franklin Dam in Tasmania; he was even hospitalised with a back injury.

One of 1982’s lesser-known stories about the former PM involves a young and eager Australian Federal Police officer, who came to learn the hard way the importance of dotting your “I”s and crossing your “T”s when you’re tasked with protecting Australia’s most pre-eminent public figure.

The Melbourne-based officer had barely been out of basic police training for a year when he was assigned to Malcolm Fraser’s protection detail.

Fraser often visited Melbourne because, at the time, his mother was living in South Yarra, near the corner of Domain Road and Walsh Street. Whenever Fraser visited his mum, the AFP would keep watch over her property. “We would have a stationary car parked out front and a similar car parked in the laneway behind, keeping 24-hour vigil while he was in town,” the former AFP officer told Crikey.

Officers on this protection detail worked in rotating, one-man shifts — one officer per car.

“The first shift to be on duty for the visit would sign out all the police equipment that went with looking after dignitaries, and be at post before the prime minister was due to arrive in town. We would work eight-hour rotating shifts, the outgoing shift member hopping out of the parked car when the incoming shift member arrived to take over the car with all its gear.”

You could say this all seems pretty straightforward, but then again …

“One Sunday afternoon, I happened to be on the last shift on duty when Malcolm departed Melbourne after a three-day stay to head back to Canberra. As such, I was the tasked with returning the car I was in, along with all its equipment, back to headquarters.”

Upon arriving at headquarters, it was the job of the returning officer to submit all equipment to be checked off and verified by another officer in charge of the police armoury, or “store”.

“The member in charge of the store was checking off the gear as I handed each item over and when he opened the .38 Smith & Wesson revolver he asked me, ‘Where are the bullets?’.”

“He answered his own question as he checked the register — just as well, because I was dumbfounded — and said, ‘Don’t worry, they forgot to sign any out’.”

It was then the officer realised he’d been guarding Malcolm Fraser with nothing but tepid coffee, a newspaper, and a holstered paperweight. “We spent the whole weekend looking after the prime minister with no bullets in the gun.”

The inside story on Fraser’s resignation