Mayne: how much cash will in-the-money Macquarie SPP attract?

Is the Millionaire Factory sharing the wealth? 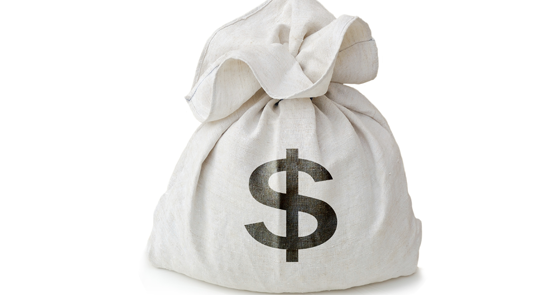 Some 95,000 retail shareholders in Macquarie Group have until 5pm tomorrow to decide whether to take up the Millionaire Factory’s current $10,000 share purchase plan (SPP).

Both the wife and I have ploughed in the full $10,000 on our two entitlements because the pricing seems reasonably attractive at $73.50 when the stock closed 6% higher at $77.90 on Friday night.

And if the price falls tomorrow, the secondary pricing method of a 1% discount to the market price in the five days up until Tuesday does provide some downside protection.

However, after erring on the side of generosity when it last did an SPP in 2009, Macquarie has tightened the screws a little this time, although at least it hasn’t put a specific cap on the amount of money to be raised.

Most surprising was the decision to limit individual investors to just $10,000 when it is now bog standard to the do the full $15,000 SPP permitted by the law. This decision alone reduced the theoretical maximum amount that could be raised from $1.425 billion to $950 million.

What follows is a letter I sent to Macquarie chairman Kevin McCann and the management team after the intention to have an SPP was announced, but before the terms had been determined:

In relation to the current capital raising Macquarie Group has announced to partly finance the $US4 billion purchase of AWAS, please consider the following when determining the terms of the forthcoming Share Purchase Plan for your circa 100,000 eligible retail shareholders.

Retail investors in Australian capital markets have been poorly treated by ASX listed boards in capital raisings over the past few years. This has led to billions of dollars worth of retail investor dilution.

Therefore, could you please demonstrate good faith with retail investors by either offering an uncapped SPP or announcing a proposed cap of $500 million, thereby matching the amount raised from today’s institutional placement.

In order to maximise retail shareholder participation, it would also be desirable if Macquarie had both a fixed price component equivalent to the institutional price, along with an alternative pricing mechanism associated with the VWAP over the closing days of the offer. Past Macquarie practice in these situations has been as follows and demonstrates the benefit of a VWAP [volume weighted average price] alternative:

May-June 2006
A $700 million placement at $66 a share, which was followed by an uncapped SPP with a fixed price and no VWAP alternative price which only raised $9 million after earlier suggestions it would be cancelled due to a weaker share price.

Can I suggest that a VWAP discount of 5% would again be appropriate in these circumstances. However, if you opt for a small discount, please note other examples of SPPs with VWAP discounts in recent times have included GPT (3%), Ansell (2.5%), IAG (2%) and DUET (2.5%).

The decision to offer a 1% VWAP discount shows some progress from 2006 and 2007 when participation from retail was tepid, and this ultimately led to dilution, albeit after the institutions paid a hefty $66 and $87 in the two placements, which collectively raised $1.45 billion.

The GFC sparked a sudden bout of generosity from Macquarie as the 2009 SPP was a beauty for retail investors and led to that very rare occurrence of retail investors diluting institutional holders.

Macquarie has arguably Australia’s most switched-on retail share register, and 55,000 of them didn’t look a gift horse in the mouth when they were offered $15,000 worth of shares in mid-2009 at just $26.60. Given the shares were trading at about $37 by the time the SPP closed, investors were able to generate a $6000 profit or some 40% on day one.

However, if the 55,000 investors held onto these uber-cheap 2009 shares, the collective profit on the $669 million in applications would today be a staggering $1.291 billion given the 25.1 million newly issued Macquarie shares were worth $1.96 billion based on Friday’s closing price of $77.90.

It will be interesting to see how strong applications are this time. If you know a Macquarie shareholder, it might be worth forwarding them this article. It is very rare indeed for an SPP to become larger than the institutional placement it followed, but Macquarie could yet crack $500 million in applications if brokers and the media do their job on what is an in-the-money offer.

Millionaires’ factory delivers the goods again as banks hit by $3.5b in bad debt