Labor goes for its own jugular in NSW campaign misfire

Labor has lessons to learn if it is going to unseat Mike Baird in NSW. 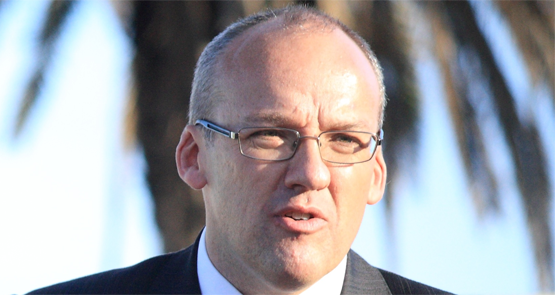 All turned out to be Coalition strong points, not weak ones.

Labor also planned to apply the blowtorch on two social issues — the medical use of cannabis and legalising same-sex marriage. The aim was to drive a wedge between the small “L” Liberal Baird and his party’s Christian fundamentalist faction and garner votes from reform-minded electors. But the two issues were quickly sidelined. For Baird, legislation to allow cannabis medication is a personal quest, and the majority of his parliamentary colleagues support him. And Foley dropped gay marriage as a “core” issue in acknowledgement of the anti-gay cultural and religious views of Muslim voters in Auburn, the western Sydney seat he is attempting to win on Saturday.

In the final week of January’s Queensland election, the swing against premier Campbell Newman’s LNP Coalition was gathering momentum at a ferocious pace. Labor’s Annastacia Palaszczuk won the premiership with 44 of parliament’s 89 seats and the support of Peter Wellington, the Nicklin independent. In NSW there is swing against Baird’s Coalition but with none of Queensland’s ferocity.

With the exception of Luke Foley, who remains convinced that victory is possible, Labor’s hard heads are using the example of the 1991, 1995 and 1997 state elections to map Labor’s revival. In 1991 opposition leader Bob Carr led the ALP in a “back from the dead” campaign that resulted in premier Nick Greiner’s Coalition clinging to power by the skin of its teeth. In 1995 Carr regained power for Labor with a one-seat majority. He followed up with a landslide victory in 1999.

Labor’s rule lasted from 1995 to 2011, with the ALP reclaiming its title as “the natural party of government” in NSW.

To fulfil the first phase of its three-election strategy, Labor needs to bring Baird’s Coalition to its knees on Saturday. Labor’s most optimistic cheer leaders reckon Labor can win between 15 and 20 seats, taking the number of Labor MPs in the 93-seat Legislative Assembly to 35 or 40. That would certainly hurt the Coalition but still be short of the 47 seats needed to form a majority government. Other respected election-watchers rate Labor as a chance to win 12 to 15 seats, bringing the size of caucus to 32 or 35. This would give some cheer to NSW and federal Labor but not wound Baird’s Coalition nor be fatal for Tony Abbott’s prime ministership.

Carr won a voter surge in 1991 by scare-mongering that Greiner would impose a consumption tax on “everything”. In 1995 he made the outrageous pledge that his party, if elected, would scrap the tolls on western Sydney’s tollways, a promise he broke within a few days of taking office.

Team Foley has rounded up the same embittered operatives from Labor’s recent past to put Labor back on the road to power — whatever it takes. It means that the final days of this campaign could be wild and rocky.

The most intriguing question is whether voters will buy Baird’s fast-paced business approach or Foley’s woolly reformism.

I believe Mr Carr was prevented from merely abolishing the tolls by adverse Federal income tax implications for the investors in the toll roads. Instead he implemented a cash-back scheme that refunded tolls to motorists without trashing the tax rules for infrastructure projects. Perhaps ‘an outrageous pledge’, and certainly a fiddly implementation, but not a wholly broken promise.

What a piss pour analysis of Labor’s NSW campaign. The Libs are watching very closely how Labor is running this campaign and will be hoping to adopt plenty of the campaign techniques being road tested.

Just listen to Krogers’s dummy spit today. He knows when the other team is having your lunch.

Seasoned campaigners fresh from victory in SA, Vic and Queensland are hardly amounts to the “same embittered operatives”.

There’s much to despise about NSW Labor after recent years, but don’t let personal hatred get in the way of factual reporting on what is one the largest grass roots political campaigns ever mounted in Australian political history.

It was a common place to state that, overall, NSW tended to have the opposite government to Canberra but bibulous Bob Ellis, the Polonious of Sussex St, has been calling it for young pony for weeks. Talk about the Kiss of Death.

Can anyone out there( Alex Mitchell included) provide an example of Jillian Skinner’s alleged overseeing of “remarkable improvements in health care facilities and services” ?