The golden rule of media ownership changes in Australia is that they usher in carnage for shareholders, Glenn Dyer and Bernard Keane write. 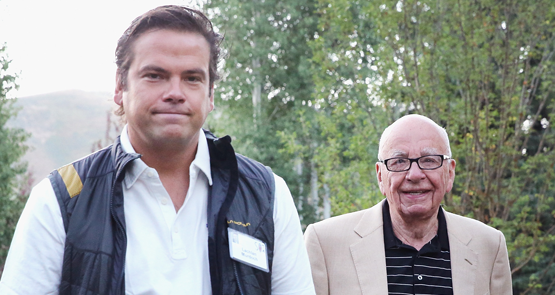 It’s an unfortunate truth for News Corp shareholders that when Rupert Murdoch has ventured into print in the past decade, the losses have flowed. Who can forget the billions of dollars lost from News spending $US5.7 billion in cash to buy the Dow Jones Co and the Wall Street Journal back in 2007? That’s why shareholders in News are on edge after the company swooped on APN News and Media to build a 14.9% “investment” last week, although the real point seems to be about giving son (and co-chair) Lachlan another toy (APN’s ARN in Australia and NZ) to add to his existing radio collection, with regional newspaper assets that are marginal in both Australia and New Zealand.

Those newspapers are a better fit with Kerry Stokes’s media/mining company, which has a couple dozen regional newspaper titles in Western Australia. Stokes has been eyeing APN both for its mastheads and its radio assets. He’s even sniffed around Lachlan’s DMG, if the talk around Sydney media circles is right. But Stokes also has other priorities, like building an oil and gas business in Seven Group Holdings.

And the Murdoch tilt at APN has little to do with any possible changes in media laws. Even Rupert Murdoch in his dotage understands that Tony Abbott is in no position to deliver significant reform, especially with Stokes unconvinced of the need. In particular, Stokes will fight tooth and nail any changes to anti-siphoning — which is the big prize that News Corp desperately wants to see amended. Anti-siphoning has allowed Stokes to accumulate the largest collection of sports rights in a free-to-air TV broadcaster.

The more fundamental truth, though, is that for all the enthusiastic talk about media assets sales and post-reform carve-ups, the grim reality is that on those rare occasions when governments do succeed in changing media laws, it is the sellers who make the money and the buyers (who inevitably take on a huge pile of debt) are the losers — big losers. And that’s especially the case when media technologies are changing.

The Keating changes in 1987, for example, ushered in a period of wholesale slaughter of shareholder value in the media, with two of three TV networks being sold in transactions that proved disastrous for the buyers (Rupert had already sold Ten when he became a US citizen) and Warwick Fairfax’s bizarre takeover of his family company . The transactions were a boon for sellers (Warwick’s folly enabled John B. Fairfax to turn Rural Press into a very successful regional newspaper empire, before it merged with Fairfax in 2006) but produced Alan Bond and Christopher Skase, while Frank Lowy went under at Ten thanks to the stockmarket crash.

The 2006 changes by Helen Coonan and John Howard didn’t produce corporate villains like Bond and Skase but since then every media company is smaller and less profitable. News Corp and Fairfax have written off billions of dollars on newspaper investments, mastheads, goodwill and anything else that isn’t nailed down. Seven West Media has seen close to $2 billion in write-downs since its creation in 2011. APN has been weakened as well and has written off over half a billion. The Nine Network was a basket case, tottering on the edge of financial collapse until rescued by two US vulture funds who helped whip it into shape and refloated it. It too had big losses from write-downs. And then there’s the Ten network: big losses, plunging ratings and weak finance strength, thanks mostly to inept managerial decisions by Lachlan Murdoch when he was overseeing the company.

Most of this carnage has been inflicted by the internet. Ad revenues have dried up (free-to-air TV ad revenues in 2014 were smaller than they were in 2009); job ads have all but vanished from the country’s major papers, other classified have long gone and the real battle is in online property between News’ REA Group and Domain (Fairfax).

But a lot of the red ink also flowed from poor acquisitions. James Packer took instant advantage of the 2006 changes to sell Nine to private equity, setting the scene for six years of debt-driven chaos at the network. Southern Cross bought Austereo in 2011 and instead of strengthening the company, the deal crippled it with too much debt (the abiding theme of media deals) at a time when the Ten network’s performance (Southern Cross is Ten’s regional affiliate) worsened, making Southern Cross collateral damage to the incompetence at Ten. Stokes made money first up, but the merger between West Australian Newspapers and the Seven Network that produced Seven West Media was a step too far and produced more than $1 billion in write-downs and other losses.

The only real success in that time is Lachlan Murdoch’s expansion into radio through the staged purchase of DMG Australia — and much of that is down to his radio boss, Cathy O’Connor.

Now broadcast TV, whether free-to-air or subscription (Foxtel and Fox Sports) faces the challenge of SVOD (Streaming Video on Demand), which won’t merely threaten revenues from high-profile overseas dramas but will slowly but surely spread into the heartland of live sport. Streaming is a huge channel across all media — streaming music sales had higher revenues in the US market last year than sales of CDs. There are no free kicks left anywhere in the established media forms.

In the unlikely event that this government manages any changes to the media laws, be sceptical of any transaction that results. History suggests the only winner will be whoever gets to sell out.

While Foxtel has a lot to fear from SVOD services offering drama and movies, they have less to worry about regarding sports.

Across the ditch in NZ, a streamimg company has outbid the local Pay TV provider for the rights to English Premier League soccer, as well as nearly all the major golf tournaments. Trouble is that they’re trying to charge the public an outrageous premium to access the new service, and my inside info is that it’s looking like a financial disaster for the streaming company as the locals thumb their noses at it, and go and use the many illegal but free sports streaming sites that are out there instead.