How the police and media falsely frame victimhood 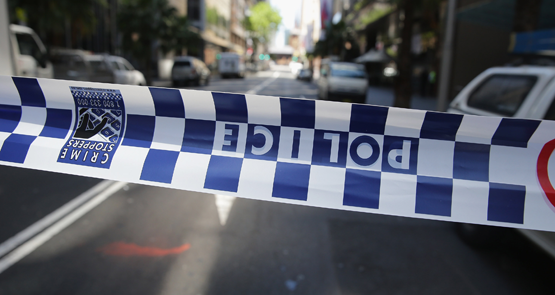 The reaction by police and some sections of the media to two high-profile random stabbing murder cases of complete strangers in Australia last week suggests that this country’s major institutions continue to have much ground to make up when it comes to framing the danger of being a victim of a violent crime.

In the first case, we had the trial of 22-year-old junior chef, Daniel Jack Kelsall, who was found guilty last Wednesday of the 2013 murder of Sydney man Morgan Huxley. Huxley was drunk and by himself while on the short walk home from his local Neutral Bay pub in the dark, early hours of a weekend following a friend’s engagement party. Kelsall, who had been plagued by murderous thoughts about killing a “random” stranger for at least 18 months prior to the fatal stabbing, was found guilty within a few hours of jury deliberation. During the case, there was some discussion of Huxley’s sex life with a number of women and his attempts in his final hours to get together with an ex-girlfriend or two for a late-night visit.

The second case involved the manhunt and capture of the killer of 17-year -old Melbourne schoolgirl Masa Vukotic, who was stabbed on Tuesday while out near her home on her regular walk in the early evening while the sun was still out. Vukotic’s alleged killer — a 31-year-old by the name of Sean Price — turned himself into Victoria Police on Thursday afternoon soon after CCTV footage was released of the suspect wanted in the case. He only did so however after allegedly committing a rape and further violent offences upon women in the two days after Vukotic’s murder.

Soon after Vukotic’s murder at her local park, homicide squad Detective Inspector Michael Hughes told ABC Radio National that while the attack was “chilling”, women needed to take precautions not to be randomly attacked, including never being in a public park by themselves.

“I suggest to people, particularly females, they shouldn’t be alone in parks — I’m sorry to say that, that is the case,” Hughes told the ABC. “We just need to be a little bit more careful, a little bit more security-conscious and we as a public need to look after each other. And I guess, just be a little bit discreet about where we are.”

While some community members, including Victorian Minister for Women Fiona Richardson were quick to criticise Hughes for victim-blaming, there were just as many, if not more who leapt to the embattled detective’s defence, including Victoria Police chief Steve Fontana.

“The only thing Mick feels he can do, apart from track down and charge offenders, is tell people how to be safe and alert,” Fontana said in a blog published on the Victoria Police website.

Let’s consider this advice for a moment in its context. Here was a young woman, taking a regular walk barely 500 metres from her family’s home at a time when there would have been people still arriving home from work and the last vestiges of daylight shining through the surrounding parkland. How many more precautions could she have realistically taken? If she hadn’t had her headphones on listening to the music, could she have overpowered a man? Tragically, Jill Meagher wasn’t wearing headphones, and she even had her phone out as extra protection when she was targeted by a male psychopath in a thrill killing in September 2012 in busy Brunswick.

And 31-year-old Morgan Huxley wasn’t wearing headphones either. And he wasn’t in a park. Yet, he too was stabbed to death by a complete stranger in a thrill killing. Huxley, according to court testimony, was also drunk. Yet not at any one point from the time of Huxley’s murder in September 2013 to the guilty finding of Kelsall this week has any member of the police force in NSW or the media suggested that young men shouldn’t walk the streets by themselves while drunk late at night.

According to figures from the Australian Institute of Criminology (AIC), men experience “a higher rate of assault victimisation compared with females”. Males were victimised at a rate of 837 per 100,000 compared with 675 per 100,000 for females, in figures compiled for a report published by the AIC in August 2012. The report also clearly showed that males are more likely to be assaulted by a peer or a stranger, while women are more likely to be victimised by a family member in a domestic violence situation.

From the statistics, the best advice that police, the media and others could be giving to the community would be for women to get away from the home and go to bars and parks as much as possible; while men should stay away from the streets, stop drinking alcohol, and return home from nightclubs while the night is still early.

If you don’t agree, the question needs to be asked: why do our institutions charged with the responsibility to protect and inform us think it is sensible that we tell women the same rubbish?

Violence against women: how ‘not now, not ever’ became business as usual

Why are we not talking about domestic violence when we talk about Tanja Ebert’s disappearance?

These divergent views are not new. I recall an anecdote that I heard when Indira Gandhi passed away. There had been a discussion about young women being attacked after dark in a particular part of India. The male politicians suggested a curfew on women to address the problem. Indira stood up and said “The curfew should be on men, not women.” The debate doesn’t seem to have matured since then.
Dr Cull

While men go on blaming women for their own appalling behavior (as quoted by Cull Rosalie in the previous post) the situation will not change.
Good article.

How about advice relative to the situation? If you choose to walk in a park, is it safer to be alone or with a friend? I think the police have given good advice for this situation.

And yes for men going out drinking, in this situation it is best to go home early to minimise risk.

And for women at risk of domestic violence there might be some other advice (I don’t know about this one).

Sure there may be some sexism in the advice given to men vs women but I don’t see a problem with advice itself.

The advice is just common sense. Something that is not all that common. It’s not “victim blaming”, it’s trying to produce less victims.

Sorry chaps, but again, you miss the point. Its not about the victims, its about the people carrying out the violence *sigh*. Why should any of us (men or women) alter our behavior? (and we do, lets face it).
Re women at risk of ‘domestic’ violence – there are many choices- start taking the men out of the home, instead of the women having to flee, properly enforce intervention orders and start bringing up boys better so they don’t think this type of behaviour is acceptable. (steps down off soapbox)