The ACCC is investigating petrol price fixing. Plus other business tidbits of the day.

Fuel for thought? The competition regulator, the Australian Competition and Consumer Commission, is still probing petrol prices, and according to a brief analysis from AMP chief economist Dr Shane Oliver, there’s ample reason for someone to do something about them at the moment. He wrote at the weekend: Roundup time for Roundup? Nufarm Limited releases its interim results in Melbourne on Wednesday and will do so amid a report from the World Health Organization (WHO) that one of its major products, the weedkiller glyphosate, could cause cancer in humans (malathion, another herbicide, was also fingered in the report) Nufarm sells glyphosate as a “broadacre herbicide” here and around the world — especially in NZ, Brazil and Europe. The US chemical giant Monsanto developed glyphosate in the 1970s, and its Roundup product is the world’s major seller, especially for home use. According to a story on Marketwatch.com glysphosate-based products have global annual sales of US$6 billion. The WHO report quoted an assessment of glyphosate by the International Agency for Research on Cancer. In classifying glyphosate as potentially cancer-causing, the agency’s researchers cited studies of occupational exposure to glyphosate in the United States, Canada and Sweden, which they wrote showed “increased risks for non-Hodgkin lymphoma” along with a positive trend for some ailments in mice in separate studies. Though the researchers cited “limited evidence” that glyphosate was a carcinogen for humans, they classified it as probably carcinogenic, Marketwatch reported. But the Financial Times reported:

“Oliver Jones, senior lecturer in analytical chemistry at RMIT University in Melbourne, said: ‘This sounds scary and IARC evaluations are usually very good, but to me the evidence cited here appears a bit thin.’ He pointed out that the 70 other things categorised by IARC as ‘probably carcinogenic’ included working night shifts, alcoholic drinks and sunlight. ‘The dose makes the poison,’ he said.”

Prepayment headaches for Fortescue. There’s a small but nagging problem for Fortescue Metals Group in its attempts to get more money, refinance its debt and survive the current iron ore price crunch. In all the discussion about the company’s future, analysts, the media and the company have mentioned that Fortescue has US$1.6 billion in cash, which it did at the end of December. But that’s not the full story. Of that, US$1.2 billion involves what Fortescue says in its half-year report are “customer prepayments” — clients who have prepaid for iron ore that has yet to be delivered over the next two years. Now that money has to be held out of the profit and loss account until the deliveries are actually made. The money is included in the total cash inflow tally of US$5.1 billion in the December half, but is held on the balance sheet as unearned income. Fortescue had to deliver US$300 million worth of iron ore during the December half-year to settle prepayments that were made in previous years. This means the company is facing shipping up to US$500 million worth of ore (around 11 million tonnes current prices of just over US$54 a tonne) a year for the next two years. It is not known whether these are full payments or part payment, with the remainder to be settled according to spot or index prices when the shipments are made. Fortescue’s net debt rose over the past six months from US$7.2 billion on June 30 to be US$7.47 billion as at December 31. It was trying to raise US$2.5 billion to refinance part of that figure. It still needs to do that. — Glenn Dyer

Going, going, gone? Some 92 years of retailing may end once and for all when the remnants of the Radio Shack chain go on the block in a bankruptcy auction in the United States tonight, our time. Geeks of a certain age and disposition would remember Radio Shack (and its local imitators, such as the original Dick Smith Stores). Radio Shack appealed to a certain demographic and should have been well-placed for the tech boom. But sadly it wasn’t. Radio Shack quit Australia 13 years ago as it retreated to its US heartland, but that couldn’t save it as the rise of PCs, smartphones and iPads, iPods and other tech products left it behind. It finally collapsed in February (more like staggered to its death) and is now up for grabs. A hedge fund lender to the company wants to keep it alive (in partnership with the Sprint phone company), but other lenders and some professional liquidation firms want to grab control of the company and carve it up. The hedge fund Standard General lent the company US$200 million, but that is now worth US$145 million (75 cents on the dollar) and perhaps US$20 million or so in cash in the till. That will leave over US$750 million of losses (probably more as more creditors emerge, such as customers with credits and gift cards). A sticky end. — Glenn Dyer

Analyst, heal thy fund? Evy Hambro is a BlackRock fund manager favoured by mining and investment writers around the world, especially in Australia, for his forthright comments on the sector, especially since the commodity price slide started a couple of years ago, led by iron ore. But according to the London media reports on Friday, the fund that he manages, the BlackRock World Mining Trust, had a miserable 2014, losing 26.4% of its net asset value, double the fall in the Euromoney World Mining Index. The fund will take on a new co-manager, Olivia Markham, after Hambro’s co-incumbent, Catherine Raw, announced she would leave for a job in the mining sector in April. Markham has been at BlackRock for four years and was previously head of European mining research at UBS. There’s a new policy to limit investments in single companies to 3% of gross assets. The failure of London Mining late last year led to a loss of nearly 7% of net assets. Fees have been cut to 1%, falling to 0.4% above for assets of a billion pounds. The previous fee was flat 1.3%. Back in January, 2013, Hambro criticised big mining companies as being “reckless and profligate”, a day after Rio Tinto revealed a US$14 billion write-down on dud aluminium, alumina and bauxite assets, as well as a dud coal mining deal in Mozambique. He also predicted further write-downs from the resources industry, singling out Xstrata and Glencore as likely to reassess the value of their assets following their merger. But missed London Mining and his own trust. Ooops. — Glenn Dyer 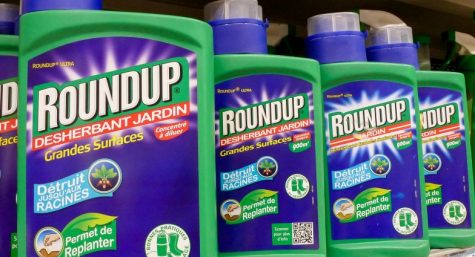 Roundup trial lands in Australia, and with it a decades-long spin game 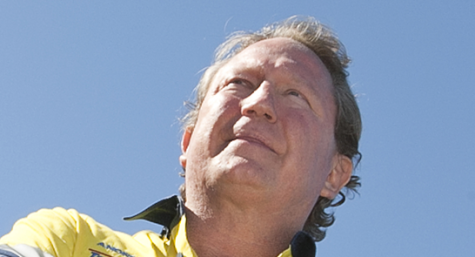 Just what is going on with Twiggy’s new Vale deal?

Fortescue: the prophet and the loss

Don’t forget it was “Tandy” before Dickie’s: “Tandy was originally founded in the United States in 1950 as Tandy Leather Company. In 1963, Tandy changed its business to electronics when it acquired control of RadioShack, a forty-year-old electronics business with nine stores and a mail-order arm”

Glyphosate kills gut bacteria. Gut bacteria deficiencies have been linked to autism. Glyphosate is used to kill some crops prior to harvest, and with Monsanto’s Round-Up Ready GMO crops. Yes, it is a round-about kind of linkage, but that’s exactly the point: Monstanto et al arrogantly assume they knew what they were doing. Anti-GMO activists have been trying to tell the know-it-all GMO-advocates that treating consumers like lab rats would have dire consequences….