Are voter ID requirements the thin end of a conservative wedge? What should be the cap on political donations? The Poll Bludger investigates. 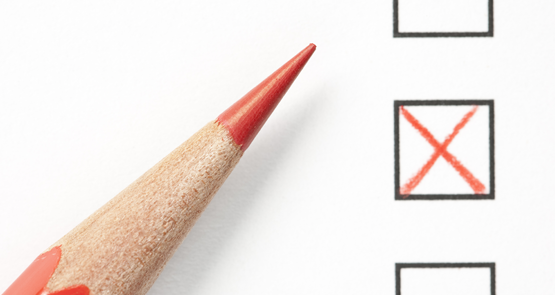 One of the virtues claimed for federalism, by those who care to defend it, is the role it plays in stimulating policy innovation, with ideas that prove successful in one jurisdiction readily catching on among the others.

So it’s worth noting, as the federal Parliament’s Joint Standing Committee on Electoral Matters grinds through the final stages of its inquiry into the 2013 federal election, that significant electoral reforms have been put through their paces during the Queensland election in January, and continue to be tested in the lead-up to the News South Wales election on March 28.

Queensland’s election in January provided a trial run for voter identification laws, a matter that is now well established as one of the fiercest controversies in American politics.

In the United States especially, questions of voting procedure are intimately connected with the scope of the franchise itself. Denial of the right to vote on the basis of race was prohibited by a constitutional amendment ratified in the aftermath of the Civil War, but authorities in the Deep South found procedural means to ensure it was hardly worth the paper it was written on, up until Congress gave it teeth with the Voting Rights Act of 1965.

Many a liberal observer has detected echoes of the earlier state of affairs in the enthusiasm that Republican legislators have recently acquired to implement proof-of-identity requirements as strict as the courts will allow, ostensibly to tackle voting fraud.

Some states have gone so far as to require prescribed forms of photo identification — which, needless to say, are most likely to present difficulties for members of minority groups with little sympathy for the Republican cause. Nor is it any less clear that the presumed justification for such measures — that American democracy is being subverted by systematic campaigns of voter impersonation — is a conservative fantasy.

But so far as our concern is with the authentic voice of the people and what it has to say to us, opponents of voter identification face the uncomfortable fact that the established procedure, whereby polling officials take us at our word when we purport to be person X of address Y, and accept our assurances that we haven’t voted already, doesn’t sit comfortably with the public at large. While the matter has never to my knowledge been the subject of a specific opinion poll question in Australia, polling internationally leaves little room for doubt that voter identification measures would have widespread support.

So it was no surprise when the Coalition, which showed its form in relation to self-interested electoral measures after the Howard government secured its Senate majority in 2005, put the matter on the agenda after its 2013 federal election victory. What was perhaps more surprising was the moderate and sensible approach taken by Campbell Newman’s Liberal government in Queensland in placing itself at the vanguard.

As the regime operated at the January 31 election, acceptable forms of identification included utility bills, bank statements and identity letters that were posted to every enrolled voter, with the latter appearing to have been particularly useful.

Even more importantly, voters who were unable to provide identification were not, in fact, denied a vote — they were simply required to submit their ballots in a declaration envelope, so that their vote could be withheld from the count until it was confirmed that this was the only attempt made to cast a vote in their name.

In the event, “unknown identity” declaration votes accounted for only 0.6% of all votes cast, and there were few if any reports of untoward delay and confusion on polling day. To the extent that the motivation may have been to procure partisan advantage for the Liberal National Party, it evidently didn’t work very well.

Nonetheless, there seemed reason to suspect that the measure may have been conceived as the thin end of a wedge, so that more stringent measures could be introduced further down the line after a trial run appeared to establish that proof-of-identity requirements were benign in effect.

The defeat of the Newman government has put an end to that so far as Queensland is concerned, with the Annastacia Palaszczuk’s Labor government preparing to repeal the measure as one of its first acts in the new Parliament.

But it may be a different matter at federal level, particularly in light of recent comments from the new Electoral Commissioner, Tom Rogers. Speaking recently at Senate estimates, Rogers said the Queensland experiment “ran very smoothly”, and expressed greater concern about multiple voting than the Australian Electoral Commission has traditionally done in the past.

Meanwhile, New South Wales has given us a glimpse of what a more sensible regime for disclosure of political donations might look like, courtesy of legislation passed as an interim response to the Independent Commission Against Corruption’s inquiries into campaign-funding scandals.

Under its provisions, the campaign period began with publication of political donations above the $1000 disclosure threshold going back to the start of the financial year.

This compares with a federal regime in which the disclosure threshold is over 10 times as high, and donations made before the September 2013 election were kept secret from us until two months ago.

We have thus been privy to details not only of the healthy supply of corporate funding to the Liberal Party in particular, but also the bonanza yielded by Labor from the exclusion of union affiliation fees from the $5000 cap on political donations.

NSW Premier Mike Baird has recently offered “in principle” support to further reforms including immediate online disclosure of donations in the six months leading up to an election. It can only be hoped that he proves as good as his word — and that the federal Coalition follows the example by abandoning its usual instinct to limit public scrutiny of the sources of its funding.

What’s going on with the electoral roll?

[NSW Premier Mike Baird has recently offered “in principle” support to further reforms including immediate online disclosure of donations in the six months leading up to an election.]

Hopefully Baird will continue with this. ICAC has shown we need as much transparency as possible.

The LNP is not above a spot of voter suppression, as John Howard’s 2006 attempt to shut out new voters by closing electoral rolls early amply attests. However, I have no problem in principle with Queensland style ID laws. Of course, another worthwhile reform would be automatic enrolment of new voters, emineny doable but I don’t think the LNP are too worried about the failure of many young people to enrol.

Should we ever have voter ID laws in any form, it will be necessary to take measures to ensure that the time needed to vote diesn’t blow out. An extra 10 seconds per voter would soon add up to long queues.

I agree, a reasonable trade-off would be automatic/easier enrollment of new voters and then QLD style ID laws.

From a political POV, more interesting are the NSW donations laws, I think the lower disclosure limits are not the real issue, but more timely reporting.
I do not think the Liberal party would like continuous disclosure of donations.
If disclosed, they would think donations would dry up during an election campaign.

I can’t say that I was very impressed by the stringency of the test that gave me a iVote. It could be done by anyone with access to a phone book or the publicly available electoral roll.

Also, John Reidy, how do you find support for your statement “I do not think the Liberal party would like continuous disclosure of donations”, given the last paragraph clearly states “NSW Premier Mike Baird has recently offered “in principle” support to further reforms including immediate online disclosure of donations in the six months leading up to an election”?